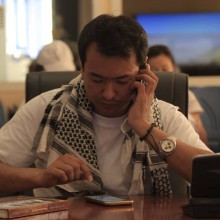 I have always been somebody who wanted to learn more about other people's cultures and backgrounds, so I decided a few years ago to help overseas travellers to enjoy our great land of Kazakhstan and all that it has to offer! I truly believe that travelling brings people together, mainly through the sharing of different experiences of each person. I am a very positive and creative person, and am enthusiastic in making sure that everyone who enters Kazakhstan leaves with a smile on their face and with a great impression of our land and people! I also love to travel overseas with my wife whenever I get the chance, but it gives me great joy when people from far away lands also want to visit my country; it is almost like I am travelling overseas in a sense! 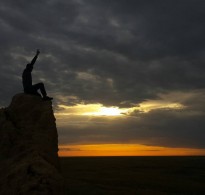 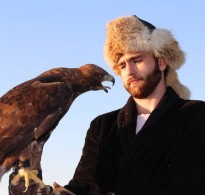 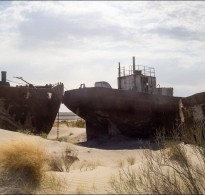 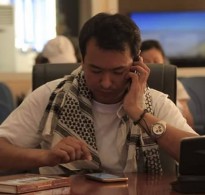 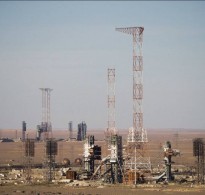 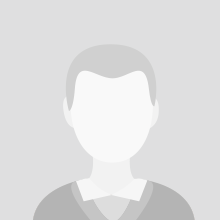 Joao Nunes
Ilyas is the best guide you will have in Kazakhstan. He really worries and cares about everyone's needs in the most genuine way. If you have the chance to book anything with him you will be grateful forever.

Radu ČAROVNÁ
We were on a trip with him in 2019 and I am very glad that I found this man now, because he disappeared from the web after the trip. He promises you everything you want, but the reality was different. We originally saw one review that said the same thing, but we thought there was only one, so it probably wouldn't be completely bad. Error. He wanted a deposit in advance, he wanted more money upon arrival. We agreed, we sent him a deposit of $ 300. No one picked us up upon arrival. After contacting him, he told us to go to meet him. We didn't go. It was warm, we didn't know the way and had heavy backpacks. We waited for him at the airport for over three hours. He arrived with the second driver, he was probably the only decent man and with the third gentleman, who was very drunk and the whole trip was just driving and annoying with us. We have been told that he knows the place of Aral and will accompany us there. Unfortunately, from the arranged trip, which included car pick-up, motorbike ride, accommodation in a yurt, accommodation with his friends, food and visits to the agreed places, there was only a partial pick-up, accommodation with friends and in the end we visited only one of the three places. The rest did not take place. Why? He didn't even explain it to us. He said he didn't have time. In addition, we had to pay for everything (plus we had to refuel him, because we wouldn't even finish), because he said he didn't have the money anymore (and we gave him a considerable amount after his arrival). We really don't know what he managed to do with them in that moment. Unfortunately, he multiplied this bad experience by never seeing one of the places we were supposed to visit again because it was destroyed. That is irretrievably lost. The boat trip to Aral also canceled us. We had one day unused, so we were just waiting for the departure instead of a beautiful trip to Aral. He did not return the money for shortening the trip and we still had to look for accommodation that we did not expect at all. Of course we had to pay for it.Conclusion: I definitely do not recommend this person. He promises everything to you, nothing is a problem according to him, but the reality is different. Don't spoil the time you want to spend nicely and carefree. And if this person again quits for a while, cancels his profile, and then re-creates it so that negative reviews disappear, I'll add it again. This is not done!
Vous avez oublié votre mot de passe? Saisissez votre adresse email, nous allons vous envoyer un lien pour créer un nouveau mot de passe.
Retourner et se connecter
Fermer