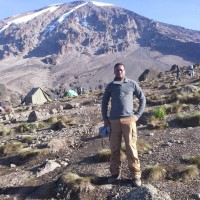 Selecting a route is a tough choice for most. To find the best route for you, considerations should be taken for the route's scenery, difficulty, traffic and its altitude acclimatization characteristics.

You should plan spending at least 6 days (5 nights) on the mountain (5 days on the Marangu Route if already acclimatized). This is a Kilimanjaro Park guideline.