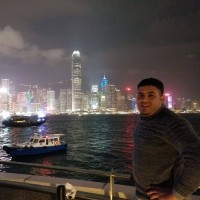 AMAR Taouchikht
Other tours by this tour guide

El Jadida tour from Casablanca. Take a day away from Casablanca to visit the coastal port city of El Jadida which was heavily influenced by the Portuguese. Visit its citadel, ramparts, impressive cistern and other defensive structure that were left behind when the Portuguese left during the 18th century. You will also be able visit Oualidia, a group of undisturbed islands to the south, by taking a trip on a small boat.

The Program of the day :

At 08:00 AM your English speaking tour guide and driver will pick you up from your hotel in Casablanca or the Port to drive to El Jadida, an interesting port city along the coast for a full day tour. The town was heavily influenced by Portuguese settlers in the 8th century. The architecture of the citadel and ramparts that they constructed reflect their influence. Enjoy the ambience of this relaxing seaside town and. Visit Oualidia, the natural islands south of the city on a boat and explore the impressive defensive structures and cisterns built by the Portuguese before finally returning to Casablanca city. This 7 hour tour of El Jadida will return you to your hotel in Casablanca at around 4:30 PM.