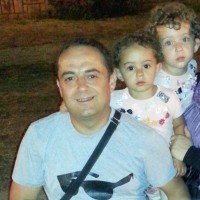 The Tomb of Sultan Murad

The Tomb of Sultan Murad (also known as Meşhed-i Hüdâvendigâr) is a mausoleum (türbe) dedicated to the Ottoman Sultan Murad I located in Kosovo Field, in the Prishtina District of Kosovo.[a] It was mentioned by Evliya Çelebi in 1660.

Murad I (nicknamed Hüdavendigâr, meaning the "God-liked one" or the "sovereign" in this context) was killed in the Battle of Kosovo in 1389. His internal organs were buried in Kosovo Polje and remain to this day in the tomb at the site. The tomb has gained a religious significance for the local Muslims. Murad's other remains were taken to Bursa, his Anatolian capital city, and buried there in his second tomb at the Hüdavendigâr complex in Bursa.