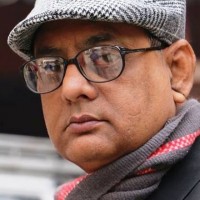 Messbaul Alam
Other tours by this tour guide

he oldest capitals of Bengal, Situated about 27 km distance from Dhaka, the site represents the substantial remains of an early medieval bygone city called Suvarnagram&amp;amp;amp;gt;Sonargaon. The main attraction of the site is an early modern settlement called Panam City. It lies on the close vicinity of Sonargaon. Sonargaon was the seat of Dev Dynasty until the 13TH century. From then onward till the advent of the Mughals, Sonargaon was the subsidiary capital of the sultanate of Bengal. The ancient monuments, which are still intact over there includes, the tomb of sultan Ghiasuddin (1399-1409 AD). It is really fascinating to enjoy the fishing by the small country boats, Virgin river islands &amp;amp;amp;amp; fishermen villages during the trip.

Late in the afternoon drive back to Dhaka &amp;amp;amp;amp; transfer to your hotel. If time permit will explore some interesting places in Dhaka.

- One hour cruising on the mighty river Meghna by local country boat.

- Meet the locals at fishermen village.