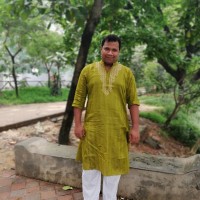 Fazle Rabbi Robin
Other tours by this tour guide

Into The Blue (Saint martin)

Saint Martin's Island is the only coral island of Bangladesh and one of the Bangladesh Eco-Tourism Destinations. This Bangladesh Marine Paradise is located in the northeast part of the Bay of Bengal, just about 9 km south off the tip of the Cox's Bazar-Teknaf peninsula and 8 km west off the northwest coast of Myanmar. It is at the mouth of the Naf River. This island forms the southernmost part of Bangladesh. Among the locals this island is known as Narikel Jinjira (Coconut Island). Saint Martin's Island is an unique location for Island getaway in Bangladesh.

**Exploring the rich marine life at the island

**Observe the lives of the fishermen and

fishing activities on the island

** Relax by the beach with a sweet coconut

Saint Martin's island is rich in marine life. However, the southern tip of the island hosts more species and at some places also has some mangrove forests. Several endangered species of turtles nest on the island and many marine fish species dwells in the surrounding water. The fish population includes some newly discovered species as well.

Saint Martin's island is abundant in corals and some is exclusive to the island itself. The surrounding coral reef of the island has an extension named Chera Dweep. Tourists often travel to this island to go for a scuba dive or snorkelling in the Bay of Bengal.

The nights at Saint Martin Island are calm and quiet with gentle murmurs of the coconut trees swaying with the winds coming from the bay. The moonlit night on the island provides an unearthly peaceful and majestic experience.

***All Transportation (Dhaka to Teknaf by AC Bus, Teknaf to Saint-martin by Ship)

>>>tour available only from November to February