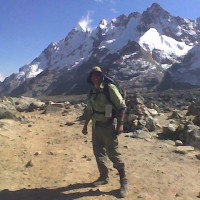 The Inca Civilization, the Great Empire: These people were descendants of the Sun in the Cuzco area, where the legendary first Sapa Inca, Manco Capac, founded the Kingdom of Cuzco around 1200. Under the leadership of the descendants of Manco Capac, the Inca state grew to absorb other Andean communities. In 1442, under the command of Patchacutec, who founded the Inca Empire “Tawantinsuyu”, the Incas began a far-reaching expansion, which became the largest empire in pre-Columbian America.

We pick you up at the airport and transfer you to your hotel to catch up on your sleep and a cup of coca tea, which helps with acclimatizing to the altitude. The rest of the morning is free. During the afternoon, after a good lunch, we shall start the City Tour to see part of the capital of the Inca Empire. We will visit several religious retreats and sanctuaries dating from Inca times. The Temple of Koricancha “The Temple of Gold” was the center of the Inca religion as the formal temple of the Sun it figures among the different temples that were dedicated to various gods of the Inca religion. We will visit the fortress of Saqsayhuaman, which was a Militar, ceremonial, religious and astronomical site. We will visit several shrines, or huacas such as “Qenqo”, which were ceremonial and ritualistic places and we will see a section of an original Inca trail that was part of the network of routes called “Capac Ñan” in Cusco, the Capital of the Inca Empire. Here there will also some good opportunities to see the Giant Hummingbird “Patagonia Gigas”, the Rufus-Collared sparrow “Zonotrichia Capensis”, the native tree called Queoña “Polilepis sp” and the Chachacomo “Scallonia recinosa” all from pre-Colombian times and found in the Andes.

The flora includes many species of Bromeliads “Puya Densiflora”, Passiflora, Begonias, Fuchsias, and numerous Compositae. There are countless numbers of Orchids including varieties of Wiñay Wayna “Epidendrum Secundum”, many of the Solanaceae, Myrtaceae, Scrophularias, and moreNote: We can recommend the best and comfortable hotels for you or we can book the hotel for you.