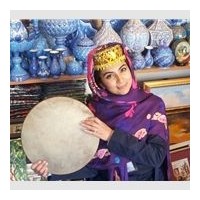 Aida M Bayramova
Other tours by this tour guide

Treasures of Absheron peninsula - A Full-day Trip Outside Baku

Once open a time, Absheron peninsula was home to several natural fire sites and palmers been visiting it for their wishes to come true. Due to the geographical position of the peninsula many merchants passed through by impacting the local economy, culture and history.

In 12th century Baku became a capital city for the first time in its history. As a medieval castle-town it was protected from the northern attacks by the watch-towers built in he north of the peninsula. Today, those towers, religious-pilgrimage sites and fire mountain - a natural phenomenon, are important attractions of the peninsula.

This tour is specially designed for those, who wants to learn and experience more about Baku and Absheron peninsula.

Meeting with the guests

2. Mardakan tower (A castle of the 12th century)