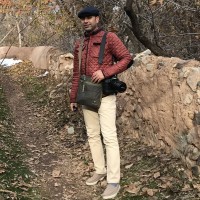 Known as the heartland of Persian culture and the cradle of Iranian civilization for more than 25 centuries, Shiraz has always referred to as the home for Persian poetry, education, gardens, nightingales and roses.

It has always been one of the notable Old Persia cities and was a significant town during Persian Empire (550 BC -651 AD), and though very briefly, the capital of Persian Empire during Zand dynasty (AD 1747- 1794). Shiraz did become the provincial capital in south, following the Arab conquest of Estakhr, the last Sassanian capital near Persepolis in AD 693. As the capital of Persian poetry, Shiraz is homeland to two of Persian poets during 13th and 14th centuries, i.e. Hafez & Sa’edi. Their mausoleums are two of major cultural pilgrimage sites in Shiraz, Iran.

Shiraz is also home to exquisite Persian gardens of Eram, Delgosha, Jahan Nama, Narenjestan and lots of others. This first largest city in the south of Iran is the home to ancient Iran antiquity of Persepolis.

The city’s agreeable climate makes it a pleasant place to visit any time especially in the fall, winter and spring.

The guide will come to pick you up from your hotel in the morning. It’s going to be a full day Shiraz City Tour including a visit to Narenjestan Garden, the Pink Mosque of Nasir-al-Molk, Vakil Bazaar, Regency mosque, Hafez Mausoleum, Sa’adi Tomb and finally exploring Eram Garden.

* A professional English or French or Farsi speaking local guide.

* A car with a professional driver( for individuals or small groups of up to 4 people, just driver and guide is the same person).

Number of People: 4 people - more the 4 will be a van based on the number of people.