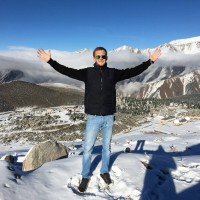 This day tour gives you a wonderful opportunity not only to get acquainted with the most beautiful natural landscapes of the Almaty region, but also plunging into the distant past, to see the petroglyphs of the archaeological landscape of Tamgaly, one of the most ancient and outstanding monuments of rock art of the Seven Rivers, which since 2004 has been the object of the World heritage of UNESCO.

The Petroglyphs of Tamgaly, located 125 km northwest of Almaty, was discovered in 1957 by Anna Maksimova. In 2004, Tamgaly was listed as a World Heritage site by virtue of “the dense and coherent group of petroglyphs, with sacred images, altars and cult areas, together with their associated settlements and burial sites (which) provide a substantial testimony to the lives

and beliefs of pastoral peoples of the Central Asian steppes from the Bronze Age to the present day” (Unesco). Around 3000 rock engravings are concentrated in five groups in a 500 by 400 meter area in this main canyon, while 2000 more petroglyphs are located in the periphery over an area of 6x3 km. The engravings have been made on horizontal and vertical outcrops on the slopes of the hills. The rocks consist of argillaceous sandstone.

Highlights of the tour: Unreal beauty landscapes throughout the road, barbecue in the open air, archaeological landscape of Tamgaly, amazing steps views.

07-00 departure from your hotel in Almaty

10-30 historical excursion in Petroglyphs of Tamgaly

12-30 barbecue in the open air (free time to photographing)

14-30 departure from archaeological landscape of Tamgaly

Program can be changed or supplemented according to your desire.