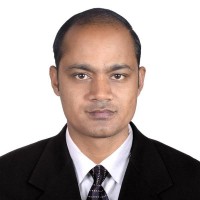 Bhupal Niroula
Other tours by this tour guide

It is the gateway to the Annapurna region where many a trekker finds his Shangri-La. Pokhara’s spellbinding beauty has been the subject of many travel writers. Its pristine air, the spectacular backdrop of the snowy peaks of the Annapurna Range and the serene Phewa, Begnas and Rupa Lakes, makes this destination ‘the Jewel of the Himalaya’. It is home to exceptionally warm and engaging people and is the starting point for treks into the Annapurna Himalaya, which dominates the skyline. The area along Fewa Tal, the largest lake in the valley, was first a camping ground for trekkers and has gradually developed into the tourist hub of this rapidly growing city.

Activities and points of interest in Pokhara

Venture to Fewa Lake, the largest and, some would say, the most beautiful of Nepal’s lakes. Here, you can enjoy boating on its placid waters and tuck into mouth-watering menus at one of the many restaurants that dot the lakeshore.

Explore the Mahendra Cave, a large limestone cave famous for its stalactites and stalagmite rocks.

Marvel at the World Peace Pagoda, situated on the southern fringe of Fewa Lake. It has four images of the Buddha facing in the four directions. The dome-shaped pagoda is an impressive sight. It is a great vantage point, offering spectacular views of the Annapurna.

Travel to the old Pokhara Bazaar. This traditional market is also a colourful gathering place for an ethnically diverse group of traders. The temples and monuments of the bazaar showcase a close resemblance to the Newari architecture of the Kathmandu Valley. The old bazaar is also home to one of Pokhara’s most important shrines, the Bindhyabasini Mandir, a white dome-like structure atop a hill.

Revel in the exceptional birdwatching opportunities in Pokhara.

Grab your camera and head to Devil’s Fall, known locally as the Patale Chhango. This beautiful waterfall is located about 2 kilometres south-west of the Pokhara Airport on the Siddhartha Highway.

Embark on scenic trekking adventures in the Annapurna region.