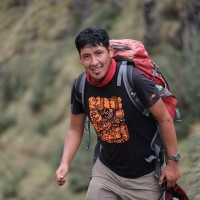 The valley between Pisac and Ollantaytambo is known as the Sacred Valley of the Incas. On this tour, we will drive through the mountains of the Sacred Valley, which played a key role in Inca culture and history. The Valley has a milder climate and is at a lower altitude than Cusco. You will see a succession of picturesque villages, ancient Inca terraces, and the most important archeological sites.

The valley has long been the home of attractive colonial towns, isolated weaving villages, handicraft markets and lofty 10th and 11th century Inca Citadels of Pisac, Ollantaytambo and Urubamba. Visiting the Salt Mines and Moray terraces, which were made by building containment walls filled with fertile earth. They were watered through a complex irrigation system. At the base of the terraces, there is a rainwater storage system. The entire system allowed for the cultivation of the Incas to grow over 250 types of vegetables.

Explore amazing ruins and the fabled Lost City of the Incas, Machu Picchu. The Inca City of the Historic Sanctuary of Machu Picchu is the articulating center of its surroundings, a masterpiece of art, urbanism, architecture and engineering of the Inca Civilization. The working of the mountain, at the foot of the Huayna Picchu, is the exceptional result of integration with its environment, the result of a gigantic effort as if it were an extension of nature.