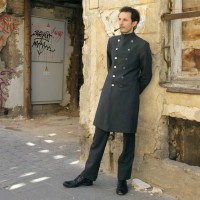 The baroque Old Town of Vilnius - the city of nine religions. During the tour I will introduce you to the magnificent old architecture, incursions by the Soviet Union and peculiar modernization of the modern day Republic. Religions are still very much alive here and we will walk around a lot of churches, including a functioning XVth century monastery in the middle of the city and see how little some things have changed during the ages. You will learn about the coexistence of Lithuanians, Poles, Russians, Jews, Tartars, Germans and other traditional inhabitants of the city.

You will also be able to learn about the Baltic's most prized possession - amber (you will NOT EVER be forced to buy any souvenirs) and have a taste of some local drink specialties for free .