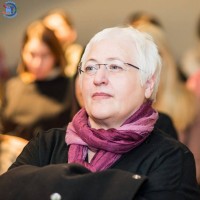 From the mountain Balkans, road leads us to the Pannonia / middle European plain.

In about one hour drive away from Belgrade, on the gentle slopes of Mountain of Frushka Gora, there are plenty of enchantingly “corners” do be seen and enjoyed in. There are 17 Orthodox monasteries witnessing the history of Serbian people during the Turkish occupation of Serbia, architecturally and artistically valuable and intriguing. Visit to Krushedol monastery.

But this excursion is not all about history, tradition... it is about enjoying your selves, too. Therefore, a little town of Sremski Karlovci, right on the slopes of Frushka Gora, is not to be bypass: charming city with remains in baroque style, intriguing „chapel of peace“, and with vinery tradition with a few fine vinery cellars, in one of which we will test vines from this ground and climate, including original vine bermet – being on Titanics wine list.

Proceeding to the city of Novi Sad, second Large town in Serbia, one stays open eyed before town so different from Belgrade, tough just 75 km away ( architecturally, historically, by way of life, tradition...). Novi Sad is a second d large town in Serbia, after a capital city of Belgrade. It looks like we see it nowadays stating from 19. Century. It feels with joy walking trough pedestrian streets and squares surrounded with beautiful buildings. It was the center of Serbian culture during the Austro - Hungarian rule, known as Serbian Athens. .

During this tour we will see: City Hall, Catholic Church, Gathering Church and Bishop’s Court, all in nearby walking distance. Matica Srpska, Pasiceva Street, Zmaj Jovina Street and Dunavska Street as the oldest streets in Novi Sad. See the oases of peace and quiet in the preserved piece of nature in the strict centre of Novi Sad, in Dunavski Park. Gems of architecture, streets swarming with people, cafes, boutiques, souvenirs, culture and history. We suggest to end this tour with a glass of excellent vine, or some other drink in one of cafes.

And, as a crown, there is mighty fortress of Petrovaradin, second large fortress on the Danube River. Petrovaradin is a fortress above Danube, on the opposite side of city Novi Sad. It has different names in different languages, but is best known as Gibraltar on Danube. Built on the much more old foundations, by the best fortification architecture at the time – famous French architecture Voban. It is truly a masterpiece. It was built through history by Romans, Turks, Austrians but the oldest findings date from 1900 B.C. It lived to see many wars, and outlived many rulers. The Petrovaradin Fortress played a great role in the history of Novi Sad and Petrovaradin, as a part of the city. During the XVIII century began and ended the construction of system of tunnels, four levels of them, with a total length of 16 km, which is discovered by now. Visitors may explore first two levels. There is an urbYou will get the chance to explore the first two levels! With a professional guide, of course. Some pean legend that fortress and city Novi Sad are connected with underground and underDanube tunnels. In 1849. during the Hungarian Revolution, city of Novi Sad was bombed from the Petrovaradin Fortress, and 2/3 of the city were destroyed. Nowadays, the Petrovaradin fortress is no longer in use as a military object. It has become a tourist attraction, and a favorite place of locals for walking and relaxing. Several cafes and restaurants offer great domestic food and beverages, excellent wine, brandy and draft beer. From one of the terraces on the fortress spreads a stunning view of the city of Novi Sad and the Danube River. And its watch on the tower is recognizable because of “mixed” arrows.

Petrovaradin Fortress is best known in the world as the place where annually music festival EXIT is held, and it attracts several hundreds of thousands of foreign tourists.

Lunch in one of traditional „salash” – farmhouse. Many traditional households in this part of Serbia, known by the common name salash, have turned in unique places which keep traditional appearance enriched with new contains, among which we will experience gastronomy holiday with menu contenting forgotten typical dishes from this region. Return to Belgrade. Overnight.