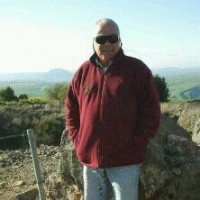 Sea of Galilee And Golan Heights

A Day to Sea of Galilee & Golan Heights

It is quite a long ride (a little less than 2 hours either from Tel Aviv or Jerusalem) to the Sea of Galilee (we call it Lake Kineret).

We arrive to Tabgha by the lake, where we visit the "Church of the Miracle of the Multiplication of the Fishes and Loafs", commemorating the place where, traditionally, Jesus fed 5,000 men with 2 fish and 5 loaves of bread.

Then we drive shortly to visit Capernaum, the remains of Kefar Nahum, Jesus' home town by the lake, presenting the reconstructed ruins of the largest ancient synagogue in the Middle East and Peter's House as well.

We leave Capernaum and cross the Jordan River, where it enters to the Sea of Galilee and drive up to the Golan Heights. Our first stop is the viewpoint on top of Mount Bental, a non active volcano and an abandoned Israeli fort, wherefrom we can look over to Syria, large areas of the Golan Heights, and the "Valley of Tears", a crucial and bleeding battlefield in "the Yom Kippur" War at 1973.

Drive southward along the Basaltic plain plateau of the Golan Heights, all the way to the "Peace Vista", an amazing viewpoint over the Sea of Galilee and northern Israel from what had been the Syrian side until 1967 ("The Six Days War").

We start our descent from the Golan Heights, driving on a steep winding road, stopping by an abandoned Israeli stronghold, looking over to the "3 borders meeting point" (Israel, Syria and Jordan)

Visit and tour Gamla, both a nature reserve as well as the ruins of a leading fortified Jewish city in the times of the "Great revolt of the Jews against the Romans", a little less than 2,000 years ago

Walk uphill to Hippos (Sussita) to tour around the ruins of a prominent gentile city, part of the famous Decapolis in Roman and Byzantine periods.

Hammat Gader – the most popular hot springs and spa, located on the Yarmuk river bank, under and in between the Golan Heights at one side and the Jordanian Gilad Mountains in the other side.