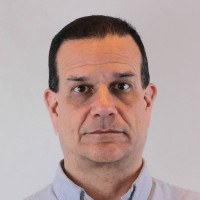 Your tour guide will meet you at your hotel to escort you to the starting point of the tour. From time to time Paraguay experiences internet disconnections so sending us a message early is best. A brief history of Paraguay will be provided as you visit the historical sites of the city. You will visit important monuments such as the National Pantheon of Heroes, where most of the figures of Paraguay’s history are entombed, the Plaza del Marzo Paraguayo, which commemorates the protest movement against the dictatorship of Alfredo Stroessner, the statue of Juan de Salazar who founded the city of Asuncion in 1537 and others.

You will also see historic buildings such as the Cabildo, the former senate building which is now a museum, the Parliament and the Palacio de los Lopez, as well as the Casa de la Independencia, where Paraguayan independence was planned.

The tour will end with a drop off at your hotel.