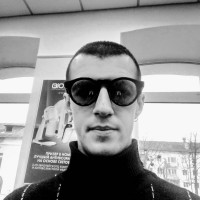 On the pages of the history of the city of Vitebsk

Sightseeing tour of the Northern, cultural capital of the Republic of Belarus. City of festivals, temples, museums, art centers, exhibition halls and simply unsurpassed artistic atmosphere. The city, which was visited by countless famous people all over the world. The city of the heyday of the art school of Kazimir Malevich and Marc Chagall.

A sightseeing tour around the city of Vitebsk will acquaint the lovers of tourism and leisure in Belarus with the bright architectural objects of the city. On the banks of the Dvina, sightseers will see the Church of the Annunciation of the Blessed Virgin revived from the ashes, the only monument of Byzantine-Balkan architecture on the territory of Eastern Europe, mercilessly blown up in 1961.

Soon the participants of the excursion will see the symbol of city government - Vitebsk City Hall. Now it houses the Vitebsk Regional Museum of Local Lore. Further tourists will pass through the ancient streets to the building of the Governor's house, the last inhabitant of which left the city in 1917, after the approval of the city of Soviet power.

On the way of the tourists there is a dizzying view of the Assumption Cathedral. The largest temple of the city on the high mountain (Lysaya) deservedly acquires the status of the architectural dominant of Vitebsk, raising its domes over the banks of the Western Dvina. And this is not all. A lot of new and interesting is already waiting for you!