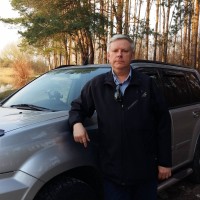 A lavra is a senior monastery, while pecherska means 'of the caves'. The Greek St Antony founded this lavra in 1051, after Orthodoxy was adopted as Kyivan Rus' official religion. He and his follower Feodosy progressively dug out a series of catacombs, where they and other reclusive monks worshipped, studied and lived. When they died their bodies were naturally preserved, without embalming, by the caves' cool temperature and dry atmosphere. The mummies survive even today, confirmation for believers that these were true holy men.

The monastery prospered above ground as well. The Dormition Cathedral was built from 1073 to 1089 as Kyiv's second great Byzantine-inspired church, and the monastery became Kyivan Rus' intellectual centre, producing chronicles and icons and training builders and artists.

Wrecked by the Tatars in 1240, the Lavra went through a series of revivals and disastrous fires before being mostly rebuilt, with its prevailing baroque influences, in the 18th century. It was made a museum in 1926.