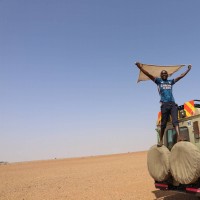 Denis Micheni
Other tours by this tour guide

Dream of Africa and chances are that you dream of the Masai Mara. This huge expanse of gently rolling grassland – specked with flat-topped acacia trees and trampled by massive herds of zebras and wildebeest – is the ultimate African cliché. But for once the reality lives up to the image and the Masai Mara, which comprises not just the famous reserve but also around a dozen community conservancies, several group ranches and numerous Maasai villages, is for many people not just the highlight of their Kenyan adventure but the very reason they came in the first place. Game viewing in the Masai Mara is excellent all year around thanks to the diverse population of resident game, including the Big 5 – lion, leopard, elephant, buffalo and rhino – plus popular species like zebra, giraffe, hyena, eland and gazelle. The Mara’s big cats are even the stars of a popular wildlife TV series.

From July to November one of nature’s greatest spectacles, the wildebeest migration, reaches the Mara - the sheer number of wildebeest arriving in the area is staggering. The migration is a dramatic mass movement of almost 2-million wildebeest, zebra and gazelle in a seasonal annual cycle driven by rainfall. To reach the Mara’s fresh grazing, wildebeest make dramatic river crossings, facing enormous crocodiles to feast on the Mara plains and regain their strength. November's short summer rains trigger the last leg of the migration, when the wildebeest move south to their Serengeti calving grounds. The calving season also happens in the Mara between December and January. Known as the green season, it’s a time when surface water is plentiful and wildebeest, zebra and antelope give birth to their calves, foals and fawns. With so much easy prey around, it is also a good time for predators to raise their cubs and pups, making for wonderful photographic opportunities.

Pickup from airport and transfer by road to Masai Mara National Reserve. Upon arrival have lunch and relax, followed by a brief game drive in the park.

Dinner and overnight at a camp or lodge.

Explore the Masai Masai Mara in a full day game drive with picnic lunches in the park. Dinner and overnight at your camp or lodge

Pre breakfast game drive, return to the camp or lodge for breakfast and leave for Nairobi arriving in Nairobi later in the afternoon. Drop at airport, hotel or residence.

You can opt to continue with your safari to Lake nakuru national Park or even Naivasha or any other destination. Ask us to send you a proposed itinerary and quotes.