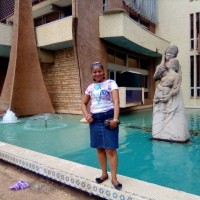 TAISE NGUNE DELPHINE
Other tours by this tour guide

Discovery of the great Northern Sudano-Sahelian Region of Cameroon.

Day-1 : Departure from Hotel in the morning in Yaounde by first class train to Ngaoundere, passing through Ngaoundal. Lunch and diner in train restaurant.

Arrival in Ngaoundere in the afternoon .

Day-2 : Stretching of legs and departure to Garoua passing through Pitoa viewing of the traditionally constructed housing in the forms of mushroom usually called sares and passing through the very long bridge over the Benue river which tahes it rise from the Adamawa plateau of Ngaoundere, while also viewing the active river port on the river Benue with Nigeria.

Arrival and installation in hotel,admire the well plannified town of Garoua, the birth place of our former preisdent Ahmadou Ahidjo. It is also the haven for industries in the Northern Region of Cameroon like SODECOTON, Brasseries brewery industry, CICAM,Cotton seed oil mill. Departure to the lagdo dam, and lunch in the Lagone Bleue restaurant, relaxation, bathing in the beautiful

blue water, return to Hotel , diner and night in hotel.

Day-3 :Breakfast and departure to the Benue National Park which situated at 175km South of Garoua. Boarded to the East and South by river Benue from which it got it name. The National park covers 180 000ha . It was first classified as a forest and game resrve in 1932 and llaterclassified as a National Park in 1968. It covers 250km trails, it consist of endangered species like giant eland, buffalos, baboons, waterbucks, giraff, monkeys. Safari photo and lunch in the park restaurant . Departure to Maroua headquarter of the Far north Region of Cameroon., visit of the market with craftsmen and tanners. Purchase of souvenirs and return to Hotel, diner and night.

Day-4 : Breakfast and departure to the Waza National park in the far north region, found in the middle of the Sahelian zone, in the Logone and Chari Division. Arrival and visit of the park which covers 170 000ha , a home of about 379 species of birds, and 300 species of mammals like elephants, lions, kobs,gazelles , giraffes....., safari photos, bird watching, viewing of animals lunch and departure to Oudjilla village welcome with a traditional dance by the locals, visit of the tannery, potters, blacksmiths and departure to Rhumsiki, arrival and installation in lodge, diner and night.

Day-6. In Rhumsiki, Breakfast , viewing of the early sun rise, and admiring the many picturesque peaks, and stunted trees.Lunch and departure for Garoua passing through Guider to discover a wonderful rock in the form of an cavelike and wavy escarpment commonly known as le gorge de Kola. Return to Garoua, Diner and night in Hotel.

Day-7: Breakfast and departure to Ngaoundere. Arrival, City tour , visit of the grand mosque of the Lamido created in 1835 by Ardo Ndobdi the Fulani pastoral farmer, Islamic faithful, who overthroned the Mbum chiefs original settlers of this region.Visit of the market and departure for Yaounde by train, lunch and diner in train.

Day-8 : Arrival in Yaounde at Hotel and end of Services.

N.B. The price include the following:

The price does not include the following:

- lodging and feeding in yaounde Hotel.

* Best time for this tour is from November to June especially in the month of February.

*For this tour to take place, half of the price should be handed in one month, before the tour and the rest of the sum prior to the tour.

* You should think of coming along with anti mosquitoes rubs, face caps, sun eye classes, relaxed clothing, tenis shoes, pullovers for cold nights. swimming clothes, photo cameras for beautiful pictures, binoculars for bird watching. I am all ears for any other concern