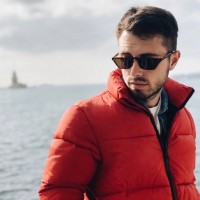 It was a district of prominent and predominantly Romaic (Greek Orthodox) families up to the beginning of to the 20th century. It is the parth of Istanbul where the Ecumenical Patriarchate of Constantinople (the Church if St. George) is situated. Here you will see a stunning iconostasis as well as holy relics of the Church of Constantinople, including the sacred relics of two renowned Archbishops of Constantinople.

Another special example of the Greek heritage is Phanar Greek Orthodox College, locally known as the Red School.

Balat neighborhood was historically home for the Jewish community of the city and now a multi-cultural community inhabits the area. We’ll stroll through the narrow and colorful streets. A traditional daily street life still exists in this part of town; kids kicking balls around the street, men playing cards in the coffee houses. This area had 7 Synagogues, now it has only two in good condition: Ahrida and Yambol Synagogues.

St. Stephan Bulgarian Church look like stone, the church on the Golden Horn in Balat, is made of cast iron. It was cast in Vienna, floated down the Danube on 100 barges and bolted together here in Istanbul.

•Meeting Point: at your hotel’s lobby

End Point: at your hotel’s lobby

*Tour is a walking tour and language will be English. Please have breakfast before the tour. You need energy :)

*Synagogues will be seen from outside.