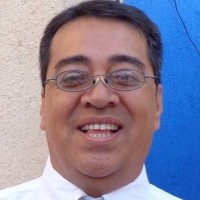 Don't miss the experience of climbing to one of the #7NaturalWonders of the world!!! As of February 20th, 1943, the quiet green cornfields turned hot as Dionisio Pulido (the farmer) saw the smoke coming out of the ground. Months later, the ash rain was so hard in the area that destroyed homes & fields reaching over 300 kilometers around the crater. In 1997, CNN released a "Seven Natural Wonders of the World" list, which Includes the volcano in Mexico as an important geological phenomenon. Come to discover the locations where scientists & photographers were when they knew that the volcano was having activity for 9 years, 10 months, 11 days, and 6 hours!

NOTE: The climb to the crater requires excellent body shape and people willing to ride a horse for 2-4 hours, long walk and climb on volcanic rocks & ash. To customize this tour to more than 2 people contact me!