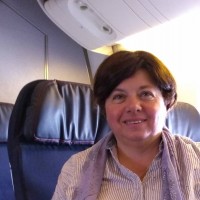 Get to know those places in which the city leaves us speechless for its luxury and beauty. The imposing buildings and its incredible architecture.

This tour will show you the magnificent Sarmiento Palace (Ministry of Education), also knwon as Pizzurno. Then we will get to the Carlos Pellegrini school and Houssay Square. In this zone, limited by the streets Santa Fe, Pizurno, Junín and Viamonte you would be able to discover a huge number of secrets of the Old Buenos Aires. The special architectonical details such as the sensual caryatids of the Carlos Pellegrini public school and the insinuating atlantes and caryatids from the Sarmiento Palace would also be pointed out. We will see as well the First Teacher´s Training School and the amazing building of the Waterworks Palace that was built as a puzzle. An unmissable place included in the itinerary is the book store Yenny – el Ateneo in the ex theatre Grand Splendid considered one of the most beatiful bookstores in the world.

In this interesting tour you will not only discover some hidden secrets of the Old Buenos Aires but we will also reveal the mysteries surrounding them.