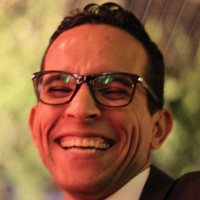 Ait Ben Haddou and Telouet Kasbahs day trip will give you the chance to experience the best of the south, learn more about the Glaoui tribes and visit the most famous kasbahs of Morocco. Cross the Atlas Mountains and take the road to the Sahara Desert and the old caravane routes.

Ait benhadou and Telouet Kasbahs day trip takes you across the chain of the High Atlas mountains and over the famous Tizi-n-Tichka pass, one of the most dramatic passes in Morocco (The governement started a project to renovate a big part of the road after a tragic bus accident in 2012 and the work is still ongoing due to the harsh winter climate and geography). All along the road you can see Berber villages scattered along the side of the mountains, sometimes hard to distinguish from the mountainous entourage. As you reach the far side of the mountains the landscape changes drastically, becoming semi-arid and desert-like as the chain of the Atlas mountains acts as barrier separating the Mediterranean climate of the north from the Arid desertic winds on the south-east.

After the Tichka pass 2162m, we leave the main road and take a side road to the Telouet Kasbah, which belonged to the Pacha of the Atlas, the Glaoui, and stands in ruins after the last Pasha fled the country after the departure of the French armies. In the first kasbah you will visit only a few rooms that can be seen, as much of the kasbah has been closed off because of the falling ceilings and unsafe walls. However, the tiled walls, fluted pillars, beautifully painted wooden ceilings and coloured glass windows of the reception rooms allow you to imagine what it was like in its prime.

From there you continue for lunch at Ait Ben Haddou along the newly asphalted road. Once in the village, you will get a closer look at the Kasbah's architecture with turrets on all the buildings, adorned with grilled windows and soft peach coloured walls. These traditional houses are made of adobe, highly suitable for the climat conditions of the south and the summets of the mountains because it is an efficient temperature isolator and the building materials are abundant and require no transportation or significant transformation process.The afternoon is spent exploring the UNESCO World Heritage Site of Ait Benhaddou, This is the most famous of all Moroccan kasbahs, largely due to its appearance in many Hollywood blockbusters. It was one of the most important fortress strongholds on the old Salt Road caravan routes, where traders brought slaves, gold, ivory and salt from sub-Saharan Africa to Marrakech and beyond. Before leaving Ait Benhaddou, you will take on last glimps of the village from a distant point offering a wonderful panoramic view especially under clear blue skies.

Pick-up and drop off at your hotel, riad, or accommodation in Marrakech.

No forced shopping or tourist traps