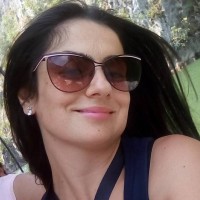 The tour starts at "Dolna Porta"(The Lower Gate), the entrance to the Ohrid Old town.

There we can see some of the old and new architecture of Ohrid and the most important archaeological discoveries of Ohrid and its area can be found there. The next destination is St. Sophya church -the former cathedral church of Ohrid Archbishopric with its typical Byzantine Construction.

The Ancient Theatre is also included in the tour, between both sides of the Samuel Fortress. Today is used for concerts and plays.

The tour continues to Samuel's Fortress, used at the time of tsar Samuel. Its unique location affords magnificent views of the Lake Ohrid, the city and the National Park Galichica.

After Samuel's Fortress next place is the Plaoshnik Complex, which consists of an old Slavic church and university. This site was rebuilt in 2002.Nearby there are also remains of two Early Christian Basilicas with impressive floor mosaics of flora and fauna of the Ohrid area.

Close to this complex is St. John Canoe, a church from the 13th century. It is the landmark of the old town of Ohrid and a favorite symbol of the entire city.