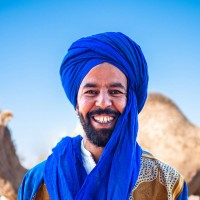 The Land Of God is Marrakech

Go back in time and discover some of Marrakech's historical landmarks. I will enlighten you on the intrigue surrounding the city’s illustrious buildings. Partake in one of North Africa’s most famous traditions as you drink a glass of invigorating mint tea.

the tour brings you to Koutoubia Mosque, one of the largest and most beautiful mosques in the western Muslim world. Admire its 225-foot-tall (68-m) minaret before you move on to El Bahia Palace, built in the late 19th century with an arrangement of luxury apartments opening to inner courtyards.

Visit the Saâdian Tombs, originally built to house the tombs of the 16th-century sultan Ahmad al-Mansur, for a look at their delicate decorations and pure architectural lines.