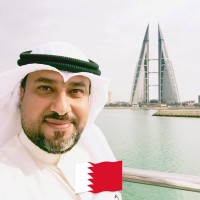 The local is the best to explore the experience of the Kingdom of Bahrain.

Bahrain, a nation comprising more than 30 islands in the Arabian Gulf, has been at the center of major trade routes since antiquity. In its modern capital, Manama, the acclaimed Bahrain National Museum showcases artifacts from the ancient Dilmun civilization that flourished in the region for millennia. The city's thriving Bab al-Bahrain bazaar offers wares ranging from colorful handwoven fabrics and spices to pearls.

Manama is also home to the enormous Al-Fateh Mosque, which is open for tours, and Beit al-Qur'an, a museum exhibiting many well-preserved Muslim manuscripts. Atop the original Dilmun capital rests Qal’at al-Bahrain, a fort dating to 2300 B.C., with the layered remains of many civilizations. Other archaeological attractions include the 15th-century fort Qala’at Arad on Muharraq Island and the prehistoric burial mounds at A’ali. The Hawar Islands Protected Area is a nesting zone for birds like cormorants, and Al-Areen Wildlife Park and Reserve protects oryx antelope and other indigenous species.