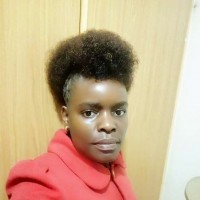 Enjoy your breakfast and depart thereafter for Amboseli National Park famous for its large Elephant herds. Arid looking, it has historically supported both game and the Masai that kept their herds of cattle here. It is thanks to the waters that run off Africa's greatest mountain that the apparently dry Amboseli, Kenya's first game sanctuary is able to support its wildlife. Mount Kilimanjaro broods high over Amboseli, generally cloaked by clouds but appearing in all its snow-shrouded magnificence from time to time. The mountain now provides water for the park, wonderful views and of course, the most glorious background for animal photography.

Lodge or Similar On Full Board

Another exciting day in Amboseli National Park. We recommend that you get up early morning where one can experience excellent game viewing & an unprecedented view of the snow capped Mount Kilimanjaro. Return to the lodge for breakfast. You may opt for an additional game drive after breakfast to visit the swamp with its magnificent wildlife present all day long or simply relax at lodge and take in the African wilderness. Afternoon game drive in anticipation of seeing the “BIG FIVE”.

After an early breakfast depart from Amboseli and drive via Nairobi along the Great Rift Valley to Lake Naivasha. Stop over for a quick lunch before proceeding to Lake Naivasha En-route, stop over at the Rift Valley viewpoint offering a breathtaking view and incredible panorama, ideal for photographs to be taken. Proceed on to your lodge arriving late afternoon / early evening.

• Hells gate National Reserve: USD 26 Per Person. The only reserve in Kenya where you can enjoy game viewing while on a Bicycle.

After breakfast you check out of the lodge and drive to Samburu Game Reserve. Samburu is fiercely beautiful with its arid savannahs watered by the lovely Ewaso Nyiro River. It is also one of Kenya’s most protected areas and home to species only found north of the equator, from the reticulated giraffe to Grevy’s zebras and Beisa Oryx. A luxurious hostelry set beneath a canopy of acacia trees along the banks of the river.

Dinner and Overnight at Ashnil Samburu or similar On Full Board

Dawn breaks in golden bands as we start our day in the bush before the dew is off the grass, we’re off in pursuit of the “Big five” Elephants, Lions, Leopards, and Cheetahs that thrive in the reserve’s grasslands and acacia woodlands. And so the day is spent in alternating pursuits of exploration in the bush and relaxation at our camp.

Dinner and Overnight at Ashnil Samburu or Similar On Full Board

Check out of the lodge early in the morning our destination today is the Aberdare National Park We travel overland south from Samburu to The Aberdare Country Club, nestled on the slopes of Mweiga Hill. After lunch, set off for the Ark tree lodge, located in the forest on mountain slopes of the Aberdare Mountains at 7,000 feet. This outstanding lodge offers high altitude game viewing, including animals that are rarely encountered elsewhere: giant forest hog, bush pig, tree hyrax, large spotted genet, and the elusive bongo. Wildlife can be observed from different levels and from outside where you can see, hear and smell everything and inside where you can sit with a cup of tea and stay warm and cozy. A herd of Elephants might be just a feet away and if you are lucky, a Leopard or large male Lion might put in an appearance.

This day our destination is at Lake Nakuru National park. Lake Nakuru National Park hosts a freshwater lake. The surface of the shallow lake is often hardly recognizable due to the continually shifting mass of pink. The lake's abundance of algae attracts the vast quantity of flamingos that famously lines the shore. The park has recently been enlarged partly to provide the sanctuary for the black rhino. This undertaking has necessitated a fence - to keep out poachers rather than to restrict the movement of wildlife.

The park now has more than 25 rhinos, one of the largest concentrations in the country, so the chances of spotting these survivors are good. There are also a number of Rothschild's giraffe, again Trans located for safety from western Kenya beginning in 1977. Waterbuck are very common and both the Kenyan species are found here. Among the predators are lion and leopard, the latter being seen much more frequently in recent times. The park also has large sized pythons that inhabit the dense woodlands, and can often be seen crossing the roads or dangling from trees.

Dinner and Overnight at Lake Nakuru sopa or Similar hotel on Full Board basis.

After an early breakfast set off for the highlight of your trip, the world famous Masai Mara Game Reserve driving past extinct volcanoes on the bottom of the Rift Valley floor. Enjoy a game drive en-route to your camp where you might encounter some of the “Big Five” and you will most certainly be impressed by the wide variety of species present in this area. The Masai Mara has the highest concentration of land mammals compared to all other parks!

Dinner & Overnight at Mara Sopa Lodge or Similar on Full Board.

Spend one more exciting day with unlimited game drives exploring the Mara, home to the proud and traditional Maasai tribe. We can arrange a visit to a local Masai Village if you like. (@ extra cost) The Mara is more than just the most popular wildlife park in the country in many cases it is the reason why people come to visit Kenya. This is a classic African savanna and the sheer density of wildlife is amazing. Gazelle, wildebeest and zebra graze in large numbers and where prey is found so are predators. Watered by the Mara River and its tributary the Talek, the park here compromises 1510 sq kilometres of open grassland tucked away in the south west corner of the country. In the Mara you will see an astonishing amount of wildlife, including the big cats, where lions are found in large prides everywhere and it is not uncommon to see them hunting. Cheetahs and leopards are harder to spot, but are still fairly common. Elephants, buffaloes, zebras and hippos also exist in large numbers.

Dinner & Overnight at Mara Sopa Lodge or Similar on Full Board.

Early morning after breakfast check out of the lodge with a game drive en route arriving Nairobi in the afternoon. Lunch will be at your own cost.