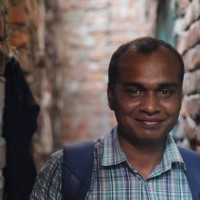 Towfiqul Ahmed
Other tours by this tour guide

Rangamati is 77 km east of Chittagong town beautifully situated over a series of islands in Kaptai Lake. The town was laid out as an administrative center and modern day hill station in the 1960’s after the damming of the Karnofuli River.

The vast majority of tribal here are Chakma and much of their ancestral land is flooded by the lake. The population of the town is however overwhelmingly Bangladeshi tourist from the cities descend on the town en make weekends.

Sights and activity in Rangamati

The small tribal cultural institute has displayed on the tribes of the hill tracts including customs, bamboo flutes, coins and silver & ivory necklaces. There is also a map showing where the different tribes live.

There are several modern Buddhist Viharas (Monasteries) in and around the town. The biggest is the Bana Vihara on the headland of the northern end of the town. In one open walled hall there are celebrate thrones far head abbot in the form of a Naga serpent.

The Chakma king has his Rajbari on a neighboring island. The Rajbari is not open for visitors but the Raja Vihara on the same island has a large bronze statue of Shakya Muni (The traditional Buddha) ever seen by a small and friendly Monastic community. The island is reached by small launches at the end of the lane that runs between the cultural institute and the Saberang restaurant. The boat also goes to Bana Vihara.

On kaptai Lake, country’s largest artificial lake, with stops at tribal villages along the way is the high light of a visit here. The lake is ringed with banana plantations and thriving patches of tropical and semi evergreen forest. The level of the lake varies considerably throughout the year. When it starts to fall in March, the emerging land is farmed before the lake rise again in the monsoon season.

While the lake itself is beautiful the villages you’ll see around it make trip special. Bring binoculars for bird-watching and better viewing of some of the thatched villager and fishing boats. Tourist boats are usually Chakma villages, allowing you to see traditional bamboo houses and small Buddhist shrines made by bamboo.