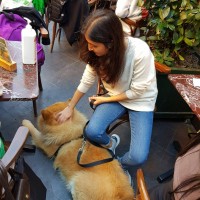 An easy car-walking program for those who like to include the history of the country through walking around the noble and not very famous places of the city of winds. This sightseeing tour covers both the well-known parts of the city, as well as places that everyone tells about, but we will show them to you.

• House Museum of the Nobel brothers - the path that began with the search for an iron tree ended with oil production on the Absheron Peninsula.

• Oil rigs - we will tell and show you the first oil wells, thanks to which the city grows and prospers every day. You will also see the place where fragments from the movie "James Bond" were filmed.

• Bibi-Heybat Mosque – what is left of the mosque, which was blown up after the establishment of Soviet power in Azerbaijan.

• Panoramic view of Baku and the Caspian Sea - a beautiful view of the city and the sea.

• Philharmonic – and Monte Carlo what connect them?

• The Governor's Park is one of the first parks on the Absheron Peninsula.

• Fountain Square is the busiest street in the city of winds. Locals and visitors of our city like to spend time on the “fountain square”, why?