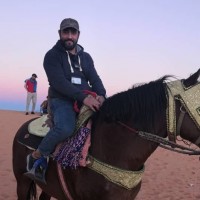 The Fabulous Town of Tipaza (50km west of Algiers) is famous for its Romain archeological site classified by UNESCO 1982 as world heritage and the site is dated back from 1st century.

it is also a well-preserved Roman ruin ancient city and considered as an extraordinary archaeological complex in the Maghreb, reflecting very significantly the contacts between the Berbers civilization and the waves of colonization Punic and Roman between the 6th century BC. J.-C. And the 4th century AF J-C

Transportation from Algiers to Tipaza 4 people

Visit of the royal Mauritanian mausoleum