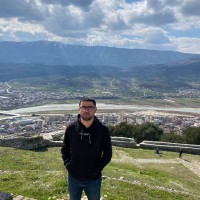 First stop will be at Ali Pashe Tepelena Castle around 10 am and we will stay for 1 hour !

Then we go ahead to Permet City (15-20min ) wich is a magical place as you can see in photos.

Around at 14 pm we will come back to Saranda

1-Ali Pasha Castle is located in Tepelena, about 28 kilometers north of Gjirokastra and about 81 kilometers from Saranda. The castle was built under the ruling of Ali Pasha of Tepelena, who used it as a second residence until 1820. The castle doesn’t have a typical geometric layout as the walls follow the natural shape of the hill on which it was built to protect the city. The fortification spans over an area of around 5.5 hectares and has three entrances and three polygonal towers.

2-Benja Thermal Baths, Permet Albania Built in the Middle Ages, it has been letting people cross the sulfur-rich river since the days of the Ottoman Empire. Warm water rushes beneath it, providing a relaxing treat for those who visit. Near the bridge, you’ll find the the Benja Thermal Baths, born from the geothermal waters near Përmet, Albania. The heated water flows down the river unless it gets diverted into one of the several human-made pools. They’re a splendid spot for a hot soak on a crisp, cool day.