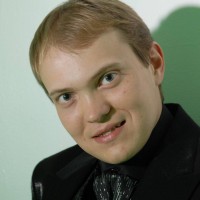 Ptivate tours of London and UK

Buckingham Palace and Changing of the Guard

A mass of red tunics, bearskins and Buckingham Palace - an unforgettable experience! Observe the Queen’s Foot Guard in their regal uniforms march alongside the military band to the Palace and witness the famous ceremony that is the Changing of the Guard.

Discover London’s hidden riverside gems on this fascinating tour. Join your guide for an in-depth view of London’s magnificent landmarks seen from the river. First stop – Tower Bridge. Visit The Tower of London & Crown Jewels. During its 1000-year history this impressive fortress has been a Royal Palace, prison, mint and even a zoo!

• The Triumphs of Caesar

The flamboyant Tudor monarch, Henry VIII is most associated with this majestic Palace. He lavished money on fabulous tapestries and paintings, housed and fed a huge court and pursued a succession of wives, political power and domination over Rome. However, the elegance and romance of the palace owes much to the Baroque buildings created by Sir Christopher Wren for the joint monarchs William and Mary at the end of the 17th century.

• Visit Kensington Palace. Explore the finery of this stylish palace, shaped and influenced by generations of Royal women

• See the palace transformed into "The Enchanted Palace", combining fashion with spectacular installations by celebrated designers, such as Vivienne Westwood.

• Museum of Victoria and Albert

Steeped in history, visit the home of Queen Elizabeth II world’s largest and oldest castle. Enjoy the spectacular State Apartments at your leisure and marvel at its lavishly furnished surroundings. Visit St. George’s chapel, where the tombs of numerous kings and queens reside, notably Henry VIII and his third wife Jane Seymour. Queen Mary’s Dolls’ House – be amazed by the magnitude and intricate design of the world’s most famous Dolls’ House.

The British Museum is a museum of human history and culture in London. Its collections, which number more than seven million objects, are amongst the largest and most comprehensive in the world and originate from all continents, illustrating and documenting the story of human culture from its beginning to the present. The British Museum was established in 1753, largely based on the collections of the physician and scientist Sir Hans Sloane Some objects in the collection, most notably the Elgin Marbles from the Parthenon, are the objects of intense controversy and calls for restitution to their countries of origin.

The National Gallery in London was founded in 1824 and houses a rich collection of over 2,300 paintings dating from the mid-13th century to 1900 in its home on Trafalgar Square. Unlike comparable art museums such as the Louvre in Paris or the Museo del Prado in Madrid, the National Gallery was not formed by nationalising an existing royal or princely art collection.