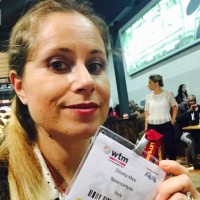 Don’t you want to experience a true once-in-a-lifetime tour?

WALKING TOUR AND ACCADEMIA GALLERY – This is a complete introductory tour dedicated to those who want to know all the facts and secrets of two thousand years of Florentine history and then lose themselves in Michelangelo’s genial art and know his tormented soul. The Accademia gallery is the second most visited museum in Florence, it houses Michelangelo’s famous David and other prestigious sculptures like the “Prisoners/Slaves” and "St. Matthew"!

We start our adventure in the Religious Centre “PIAZZA DEL DUOMO” where you can admire the breathtaking Cathedral Santa Maria del Fiore (4th largest church in the world), learn the secrets of Brunelleschi’s famous dome and discover the beauty of Giotto’s belltower and St John Baptistery with its golden bronze doors (including the well-known “Porta del Paradiso”).

in REPUBLIC SQUARE, the very city center of Florence since Roman times.

PIAZZA DELLA SIGNORIA is our next stop, this is one of the most renowned and photographed

squares in the world. Here you can admire PALAZZO VECCHIO, the political headquarters and one of the symbols of the city for centuries, the replica of Michelangelo’s David right in front of the palace and the square itself which is an open air museum with sculptural masterpieces by Cellini, Giambologna, Ammannati and others.

Passing the UFFIZI courtyard, we continue our guided tour to the River Arno and PONTE

VECCHIO, the oldest bridge of the city, famous for the picturesque little goldsmiths’ workshops.

We end our tour in PIAZZA SANTA CROCE.

The itinerary includes the GALLERIA DELL’ACCADEMIA to see the world’s most famous sculpture: Michelangelo’s David and other precious works like the statue of St. Matthew, made for the Cathedral of Florence, and the “Prisoners/slaves”, a marble group planned for the tomb of Pope Julius II in Rome. These are some of the finest examples of Michelangelo’s habitual working practice, referred to as “non-finito” or “incomplete”, and emblematic of the struggle of man to free

the spirit from matter.

We enter the museum with a skip-the-line ticket and we lose ourselves in Michelangelo’s genial art to explore his tormented soul.