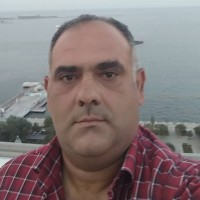 First Day – Meeting is on the airport and your transfer to your hotel. Check/in and free time. In the evening in one of local restaurants for your group will be order many types of national dish named qutab. There are many kinds of qutab: with meat, with herbs, edible wild herbs, offal (especially from cows and sheep), herbs with cottage cheese, pumpkin and beans. Qutabs containing meat and offal are fried from on sides in butter. The other qutabs are cooked on a saj (an iron disk for baking flat bread) or cast-iron pan and while serving are drizzled with hot butter.

Second Day - After your breakfast is about at 09:00 a.m. visiting Martyr's Cemetery, located on the higher slopes of the city's west-end, this is the best place for viewing the Baku city and the Bay of Baku. On this day will have also a walk in Naberezhny park and along Baku Boulevard, one of the largest in the Europe. You will be introduced with the interesting facts and legends of the largest lake in the world better known as Caspian Sea. On this day you will visit also in Baku Boulevard Carpet Museum and the Heydar Aliyev Cultural Center.The Heydar Aliyev Center is a 619,000-square-foot building complex in Baku, Azerbaijan designed by Iraqi-British architect Zaha Hadid and noted for its distinctive architecture and flowing, curved style that eschews sharp angles. The center is named for Heydar Aliyev, the leader of Soviet-era Azerbaijan from 1969 to 1982, and president of Azerbaijan from October 1993 to October 2003. The Center houses a conference hall (auditorium), a gallery hall and a museum. The project is intended to play an integral role in the intellectual life of the city. After finishing this tour independent lunch. After the lunch the rest of the day will be spent by foot primarily exploring the historical centre of Baku city, its Old Town - 'Icheri Sheher'. You will see the highlights of Icheri Sheher including the Palace of the Shirvans (the most striking example of the medieval palace structures in Azerbaijan, dating to the middle of 15th century); Maiden's Tower (the ancient, eight storey fortress originally built as a fire beacon); visit Dzhuma Mosque, antiques and carpet shops.

Third Day - At 09:00 go to Ateshgah - the Fire Worshippers' Temple located in the village of Surakhany and Yanar Dagh, where a small hillside is constantly and naturally aflame.

A trip to the winery in the outskirts of Baku offers a unique opportunity for everyone to get acquainted to winery craft, learn the culture, technology and the ancient traditions of the production of the famous Azerbaijani wines and observe the production process.

During the break, guests will be able to taste the different varieties of Azerbaijani wines and cheeses. After finishing this tour drive back to your hotel.

Fourth Day - After your breakfasts at about 09:00 a.m. start the way to Lahic village. On your way to Lahic you will stop to check two-storied Deri Baba mausoleum (15th century), and Friday Mosque in Shemahka.After that in one of local houses in Shemakhs in short you will be shown process the process of turning oil into yoghurt with fresh yoghurt tasting. And also for you try qutab herbs and qutab meat. There are many kinds of qutab: with meat, with herbs, edible wild herbs, offal (especially from cows and sheep), herbs with cottage cheese, pumpkin and beans. Qutabs containing meat and offal are fried from on sides in butter. The other qutabs are cooked on a saj (an iron disk for baking flat bread) or cast-iron pan and while serving are drizzled with hot butter.

About is at 14:00-15:00 arrival in Lahic in Rustam Guest House. After the check/in start the 3-4 hours walking tour in Lahic itself and surrounding mountains. The itinerary crosses Lahic village famous for its skilful craftsmen. Lahic is a historical and architectural reserve with no hint of modern times. The only communication with an external world is a bumpy dirt road. Village population consists of Persian-speaking people. Village is located at the height of 1211 m, on the left bank of the river Girdimanchay. This village is inhabited by hereditary braziers, tanners, engravers, potters, and blacksmiths, metal and wood carvers. After finishing your tour there come back to your Guest house and in the evening barbecue including only soft drinks.

Azerbaijanis like their meat, with shashlik (barbecue) as the style of choice. There are numerous variaties of kebab. ground meat, sturgeon (served with narsharab, a pomegranate sauce), beef, veal, lamb, pork, and even vegetables. As they joke, “ Azeris can make shashlik out of anything!”.

Fifth Day - After your breakfasts is about at 08:00 a.m. start the way to Sheki. On the way stopping in Qabala in very beautiful lake named Nohur Lake. In Sheki at first arrival in local wine factory named Chinar will be arranged for you wine tasting tour.

After that start tour in city itself. The tour will be started from visiting 18th century Khan's summer palace with magnificent frescos (one 24 m long) and exquisite stained glass work (northern part of the city). Sheki History museum with artifacts from several periods, but notorious for pieces relating to silk manufacturing and trade. Yuhari Karavansaray", the hotel which was used by Great Silk Route travelers on their way to Europe.

On this day you will visit also sweet shops of Sheki, a lot of souvenir shops and workshops where make exquisite stained glass work named Shabaka and workshop of national musical instruments.

Dinner at a national restaurant where you can taste Sheki’s “Piti” dish is an Azerbaijani national dish. The dish gets its name from the dishes in which it is prepared. Piti is small clay pots with a volume of 1 l., And they prepare the national piti dish. Peas always are added to piti. Basically, piti is made from lamb, but no less tasty piti is obtained from beef. Pitti can be both the first dish and the second, it all depends on the amount of broth-liquid, which will remain in the finished dish.

Sixth Day - After your breakfasts is at 08:30 a.m. start the way to Baku through Mud Volcanoes, Gobustan reserve and Bibi Heybat Mosque and with stopping for lunch. Gobustan reserve that in 2007 was declared a UNESCO World Heritage Site. Gobustan occupies the south-eastern spur of the Great Caucasian Range and situated 60 kmsouth of Baku. It is a monticulate semi-desert area dissected by numerous gullies and ravines and Gobustan, in translation, means "ravine land". Caves and rock outcroppings surround the region. Settled since the Stone Age the area is one of the major and most ancient museums of rock engravings (petrogliphs) in the world. Mud volcanoes are concocted by geo-excreted gases and liquids in which solids are suspended. Excreted is the right word too, as 86% of the gas released by these flatulent natural wonders is methane, with the rest of the gases made up of carbon dioxide and nitrogen( just bear in mind please because of terrible road to reach that place during or after rain almost impossible). And about is at 16:00-17:00 p.m. arrival in your hotel in Baku.

On this day you will shown, tasted and explained the process of cooking the following dishes and sweets:

Rice Pilaff is the king (or the queen:) of all foods in Azerbaijan. It is not prepared on a daily basis, but there is hardly any celebration, ceremony that would not have pilaff on the menu.

Ask Azerbaijanis what their most important dish and, undoubtedly, they'll tell you "plov", the king of Azerbaijani cuisine. In Southern Azerbaijan (in Iran), rice is served on a daily basis. In the Azerbaijani Republic, however, plov (often referred to as "ash") is presented as the grand finale to special meals, such as at weddings, birthday parties, special dinners, family gatherings and even funerals. In the Republic, pilaf is not just an accompaniment to other dishes. The pilaf is served on a large platter and topped with melted butter. Rice mixed with saffron provides a bright golden decorative garnish on top. In the Republic of Azerbaijan, it's very popular to serve pilaf with meat, prunes, raisins and chestnuts.

Dumpling soup Dushbere. So what is dushbere after all? It is a classic soup, indigenous to Baku, the capital, but popular all over the country. Traditionally the broth is prepared by boiling chunks of lamb in water and then straining it. But nowadays home cooks prefer a quicker versions of the broth – all water based. Whatever version you may want to choose, one thing is for sure – you will love this soup at first spoon. Pour some vinegar-garlic sauce in your soup and you will say yes, please, another serving!

Sherbets, as a symbol of celebration, are consumed at weddings, dinner parties, banquets and similar events. They are also served with pilaf. When preparing sherbets and sweet drinks, hot or warm water and alcohol are infused with aromatic herbs for 8-12 hours, and the resulting mix is strained. Then, sugar is added; it is heated and left to cool. Other ingredients are then added according to the recipe, and, if necessary, it is strained once again, chilled and served.

Shekerbura is an Azerbaijani dessert. It is a sweet pastry, filled with ground almonds, hazelnuts, or walnuts, and sugar. The dough is made of wheat flour, butter, milk, egg yolks, cream and yeast. The filling also often includes cardamom.

After finishing cooking class tour is departure transfer to the airport.