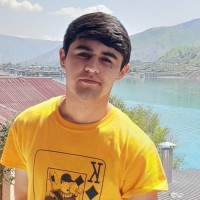 Exploring Uzbekistan and Tajikistan in 11 days

Arrival in Tashkent. Meet your driver and transfer to the hotel. Check in at noon. Free day.

After breakfast start guided sightseeing tour in the capital of Uzbekistan, the biggest city in Central Asia. You will start with exploring the Old City. Visit Khast-Imam Complex, where the world famous Quran, holy book that belonged to Caliph Uthman, has been preserved. The complex consists of Barak-Khan Madrasah, Tillya Sheykh Mosque, Saint Abu Bakr Kaffal Shashi Mausoleum and the Islamic Institute of Imam al-Bukhari. Continue to Chorsu Bazaar. Then take a ride on Tashkent Metro to the city center to walk through Amir Timur Square, Independence Square and visit Applied Arts Museum.

Breakfast. Start the second day with a visit to Sitorai Mokhi-Khosa – the summer residence of Bukhara’s last emir, unique site combining Oriental and Russian architecture. Continue to the Mausoleum of Bakhouddin Naqshbandi and Chor-Bakr Necropolis. In the afternoon take the high-speed Afrosiyob train 15:52-17:20 or overland transfer. Arrive in Samarkand, check in to the hotel.

Breakfast. Continue sightseeing tour in Samarkand. You will visit Shakhi-Zinda Necropolis, Afrasiab Museum and the Tomb of Saint Daniel. Then drive to Konigil village to explore traditional way of making Samarkand paper from mulberry. Farewell lunch in Samarkand. Free time in the afternoon. Overnight at the hotel.

After lunch drive to Penjikent. Sightseeing in Penjikent: Rudaki Museum, as Penjikent is a birthplace of Abu Abdallah Rudaki, considered by many to be the father of Persian Poetry. Visit the ancient Penjikent ruins of old Sogdian town founded in the 5th century and abandoned in the 8th century by Arabs. Foundations of houses, a citadel with a couple of Zoroastrian fire temples and city bazaar are visible in the excavated ruins. Overnight at the hotel.

Drive to Dushanbe via Iskanderkul Lake. According to the legend, the Lake Iskanderkul was named after Alexander the Great, known as Iskander in the East. People say that Alexander the Great's path to India passed by this lake. Lunch at the traditional homestay "Dilovar". After, you will stroll around the lake, explore five springs and Zmeinoe (Snake) Lake, walk to 38 m high waterfall that local people compare to Niagara and call Fanskaya Niagara (Niagara of Fan). Drive to Dushanbe. Overnight at the hotel.

Start sightseeing in the capital of Tajikistan. Visit the Botanical garden, a very beautiful garden with many old trees, and a favorite place of Tajik people, National Museum of Antiquities of Tajikistan (closed on Mondays) that includes exhibits on history, natural history and art (Buddha in Nirvana is one of the most valuable exhibits of the museum), Ismail Somoni Monument, the Building of National Spirit, Rudaki Prospect and the Main Mosque of Dushanbe. Overnight at the hotel.

Check-out from the hotel till noon. Transfer to Dushanbe Airport. End of the tour