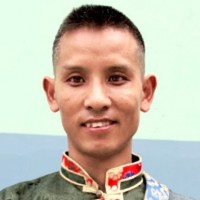 Serku Sherpa
Other tours by this tour guide

Kathmandu valley is filled by the heritage site and there are so many places to city sightseeing which are very fruitful to you for the exploration of Nepalese ancient traditional culture. There is an option for the whole day and a half-day tour. Here we go for the best tour program.

Both places are in the listed world heritage site in 1979. Kathmandu Darbar Square is in the central part of Kathmandu valley where there are so many ancient temples, Living Goddess Kumari house, Museum, and ancient king palace, etc. Boudhanath is another wonderful place for visiting. It’s known as a mini Tibet an ancient time. Boudhanath area is filled by Himalayan and Buddhist souvenir shops and monastery.

Patan Darbar square and Boudhanath both are in a listed world heritage site in 1979. Patan Darbar Square is filled by temples, but Patan is known as a Buddhist land in the past. It is surrounded by the Stupas in the four corners which is known as Asoka stupa and Golden temple, a thousand Buddha temple, etc. The area is attempting to develop a heritage walk site in Nepal. Swayambunath is in the western part of Nepal and it’s on the top of the hills. There is Buddhist and Hindus Stupa and Temple. There are so many monkeys and the area is filled by the Buddhist praying flags. There is a stupa park and 7th century Dipankar Buddha’s statue, too. The Swayambunath area is filled by the stupas and there is a national museum, too which is known as a mini Nepal.

Pashupatinath and Bhaktapur Darbar square are both in listed world heritage site in 1979. Pashupatinath is a Hindu’s place. There is the Hindus cremation center and it’s filled by the Hindus temples as well as Buddhist small monastery and Naropa’s secret meditation caves. Bhaktapur Darbar square is a very magical place where there are 55 windows king ancient palace, tallest Netapole temples. Bhaktapur is known as a Hindus place. There is a house with a peacock window and there are so many interesting places to visit.

Nomobuddha is a very famous pilgrimage destination. It is located on the top of the hills where there is a legend about the Lord Buddha feeding his own blood to the Mother Tiger. There is an ancient Lord Buddha secret cave and on the wall of the cave has a picture of the mother Tiger with Five babies. There is Monastery and the hills are filled by the Buddhist praying flags. The place offers magnificent mountain views, breathtaking nature views.

Budhanilkanth is a water god place where big sleeping Bhisnus statue is which one is known as a God of the water. Naghi Gumba is a nunnery. It’s in the middle of the jungle. This monastery is famous for a singing nun.

Kapan monastery and Kapan Nunnery, as well as Phulari Monastery hiking with Gokarneshwor temple, is a full-day tour. These places are on the top of the hills and it offers concert forest views of Kathmandu valley. Gokarnashwor temple is the oldest Hindu and Buddhist temple. According to myths, this is the last place where Lord Manjushree cut the hills and throughout the Gokarna area water out for making Gokarna region human settlement.