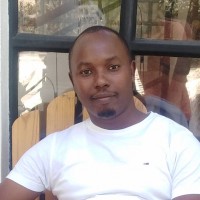 Are you having a flight lay over through Nairobi? Attending a meeting in Nairobi and you have a day to rest? And you want to experience the City? This is a tour for you, Enjoy an early morning game drive before experiencing the culture of the city as well as sampling the local cuisine and art.

The tour starts with an early Game drive at the Nairobi National Park which is the only Park Within a Capital City, the Park is a home to all African Wildlife Except the Elephant. The City Skyline is simply Breathtaking from the Park.

After 3 hours Game drive, transfer to David Scheldrick Elephant Sanctuary in time for the Daily feeding Session for the Orphaned rescued Elephants,

Immediately after an up close encounter with the Elephants, we transfer to Giraffe Centre to feed Giraffes by hand overlooking the famous Giraffe Manor. We will also have a session to hear the conservation efforts by AFEW on the endangered Rotschild Giraffe.

We will Settle Down for Lunch at Tamambo Coffee Garden and Later on Visit Karen Blixen Museum, a former house of Karen Blixen the Author of the Book Out of Africa.

After Visiting Karen Blixen Museum, Transfer to African Heritage House which is built based on the mud Architecture of Africa for a tour and sundowner overlooking Nairobi National Park.

End the Tour with Dinner.