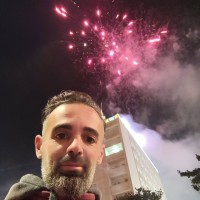 Shkodra is one of the oldest cities in Albania and in the region. in the city of Shkodra there is the largest and oldest castle in the region, which dates back to the IV century BC. the strategic position of the castle gives us the opportunity to see most of the area below Shkodra and the bed of three rivers as well as a part of the largest lake in the Balkans which is the lake of Shkodra but the city of Shkodra does not begin and end here. down in the city there are several pedestrian streets and an area with Venetian architecture realized by the great master KOL IDROMENO also in this city there is one of the oldest photo galleries in the WORLD, which is the MARUBI PHOTO GALLERY, there are photos and cameras dating back to the end of the 1700s and the beginning of the 1800s.

here I cannot leave without mentioning the wonderful and diverse cuisine that this city has. here you can find the authentic dishes of the city, one of the most famous of which is fish from the lake, but not only fish but also vegetable and meat dishes are varied.

without mentioning the cultural aspect of the city, the museum houses and the streets full of joy.

I was born and raised in this wonderful city and I am happy to share with you the authentic values ​​that this city has 😊😊.