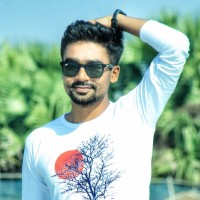 Explore the only Hill District of Bangladesh

Bandarban is a district in South-Eastern Bangladesh and a part of the Chittagong Division. It is one of the three hill districts of Bangladesh and a part of the Chittagong Hill Tracts, the others being Rangamati District and Khagrachhari District. Bandarban district (4, 479 km2) is not only the most remote district of the country but also the least populous (population 388, 000). The lure of the tallest peaks of Bangladesh treks through virgin forests and the chance to meet more than 15 tribes of the region up close is growing among tourists from around the world. Bandarban has only one town that approaches anything near a city - the Bandarban town. The rest of the area is divided into 7 Upazilas, which are in turn divided into varying numbers of unions. Each union is a cluster of paras and villages. On this trip, the main key attractions in Bandarban are Nilachal, Meghla, Golden Temple, Nilgiri, Shoilopropat, Chimbuk Hills, etc.

Pick you up from your place and Departure Dhaka for Bandarban by bus at 22. 30 hrs. Overnight Bus journey.

Arrive Bandarban 07. 30 hrs transfer to hotel. After Lunch start for visit-Nilachal, Meghla, Golden Temple by Jeep. Over night at Bandarban.

After breakfast check out at hotel then transfer to bus counter for Dhaka.