Visiting Kolkata: The City of Joy

Kolkata (also known as Calcutta) the capital of West Bengal, is the 2nd largest city in India after Mumbai. Characterized by the architectural gems, ancient colleges and temples, and natural beauties, it is one of the main tourist attractions in India. You’ll never find a place so full of life. Due to its rich cultural background, Kolkata is known as the cultural capital of India. The city will have such a deep impression on you that, you’ll leave with a piece of Kolkata in your heart. Most people are sports fanatics, especially crazy about cricket. Visiting this wonderful city with an expert private tour guide will be a “dream come true” for any tourist.

Places to Visit in Kolkata 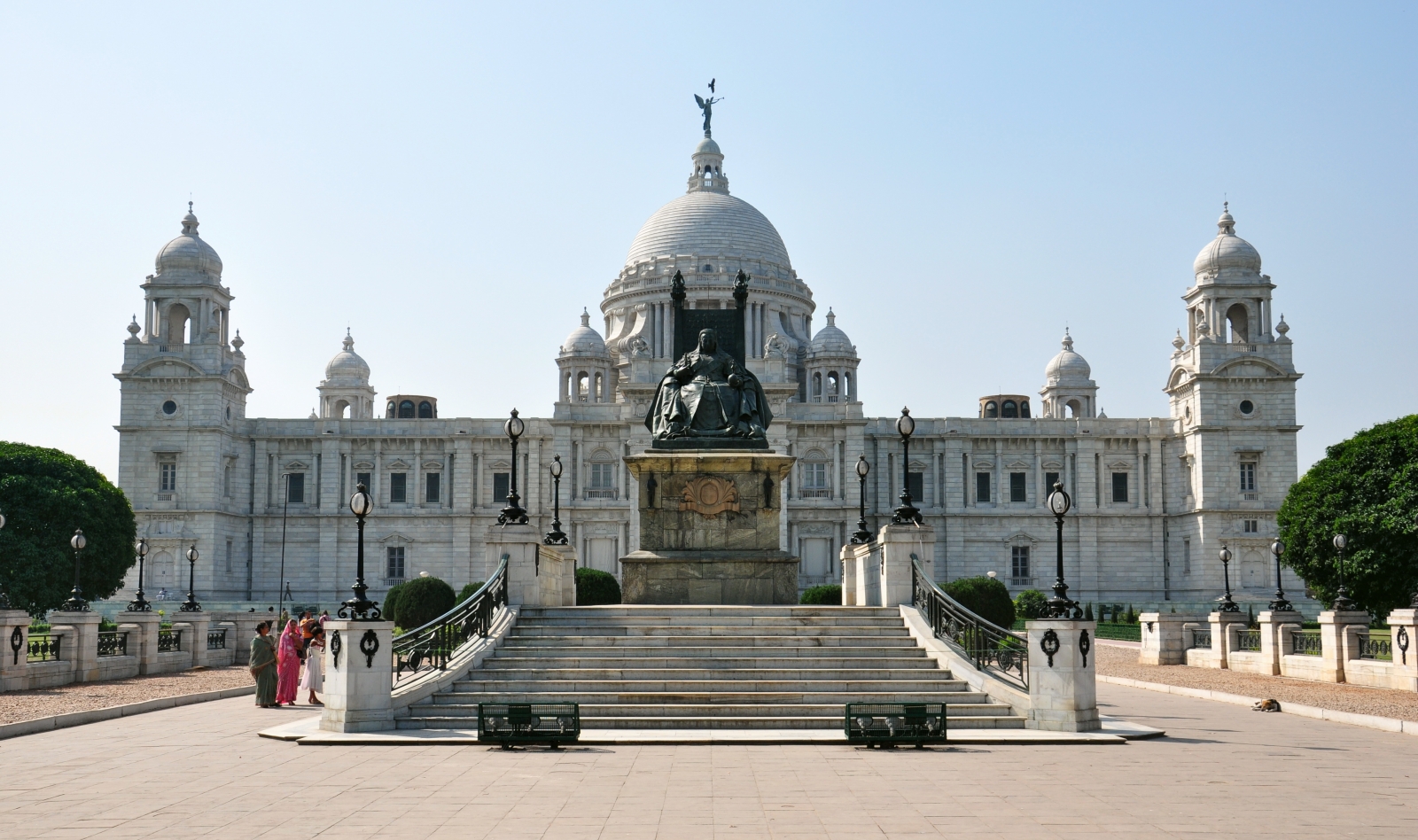 The British East India Company ruled India for 200 years. During their reign, they created some of the most elegant structures in India. The Victoria Memorial built in memory of Queen Victoria is one of them. This enchanted castle-like structure is a very popular tourist spot in India. This structure made of white marble looks great during the day, but the real beauty can only be observed at night when the complex is illuminated by dazzling and eye-catching lights. The building now houses one of the biggest museums in India. Here you’ll see portraits of those great souls, who contributed to the development of India. Besides the pictures, you’ll find a number of statues, including Lord Curzon's statue in front of the main entrance. This magnificent building was established in the year 1921, on the bank of the Hooghly River. Its foundation stone was laid by the Prince of Wales in 1906 after the death of Queen Victoria. You’ll enjoy visiting this wonderful place, that’s for sure. 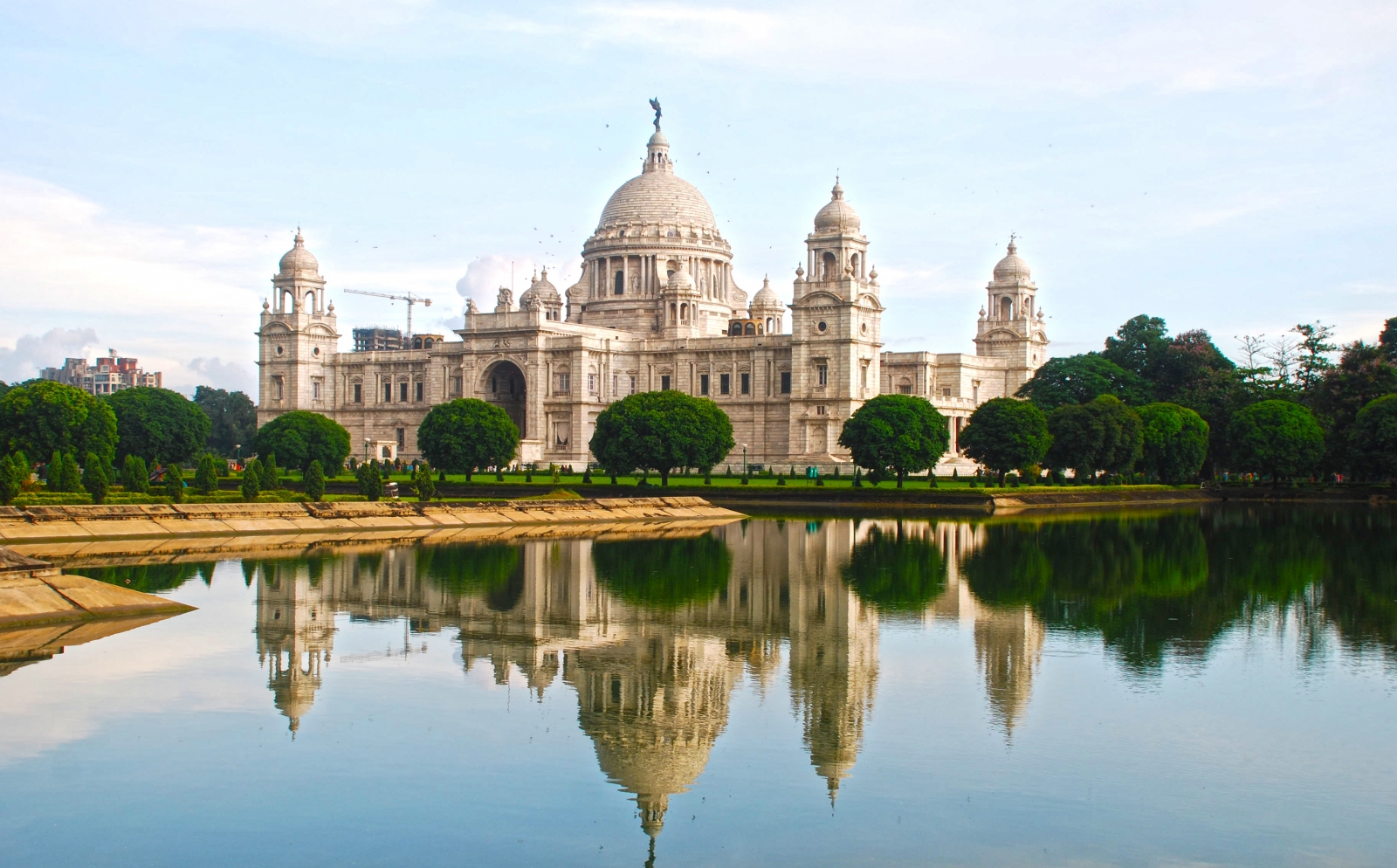 This amazing museum is the oldest and the largest multipurpose museum in the whole Asia-Pacific region. The museum has separate Cultural and scientific sections, which are further subdivided into Archeology, Art, Anthropology, Geology, Botany, and Zoology sections. Starting from man-made antiques, its unbelievable collections include valuable portraits and sculptures, decorative arts, ancient musical instruments, meteorites, and so on. You’ll even find mummified bodies and fossils of animals here. These look so lively that, they will remind you of the famous Hollywood movie “Night at the Museum”. If you are with your private tour guide he will show you around the whole place and answer anything that you need to know. In Bengali, the place is known as a “Jadu Ghar”, which means “House of Magic”. This ancient museum was established back in 1814 at the Asiatic Society building in the Park Street area of Kolkata. The museum houses over 100,000 invaluable exhibits, which attract a large number of tourists every day. If you want to know more about the history of this great nation, you must visit the Indian Museum at the very first opportunity. 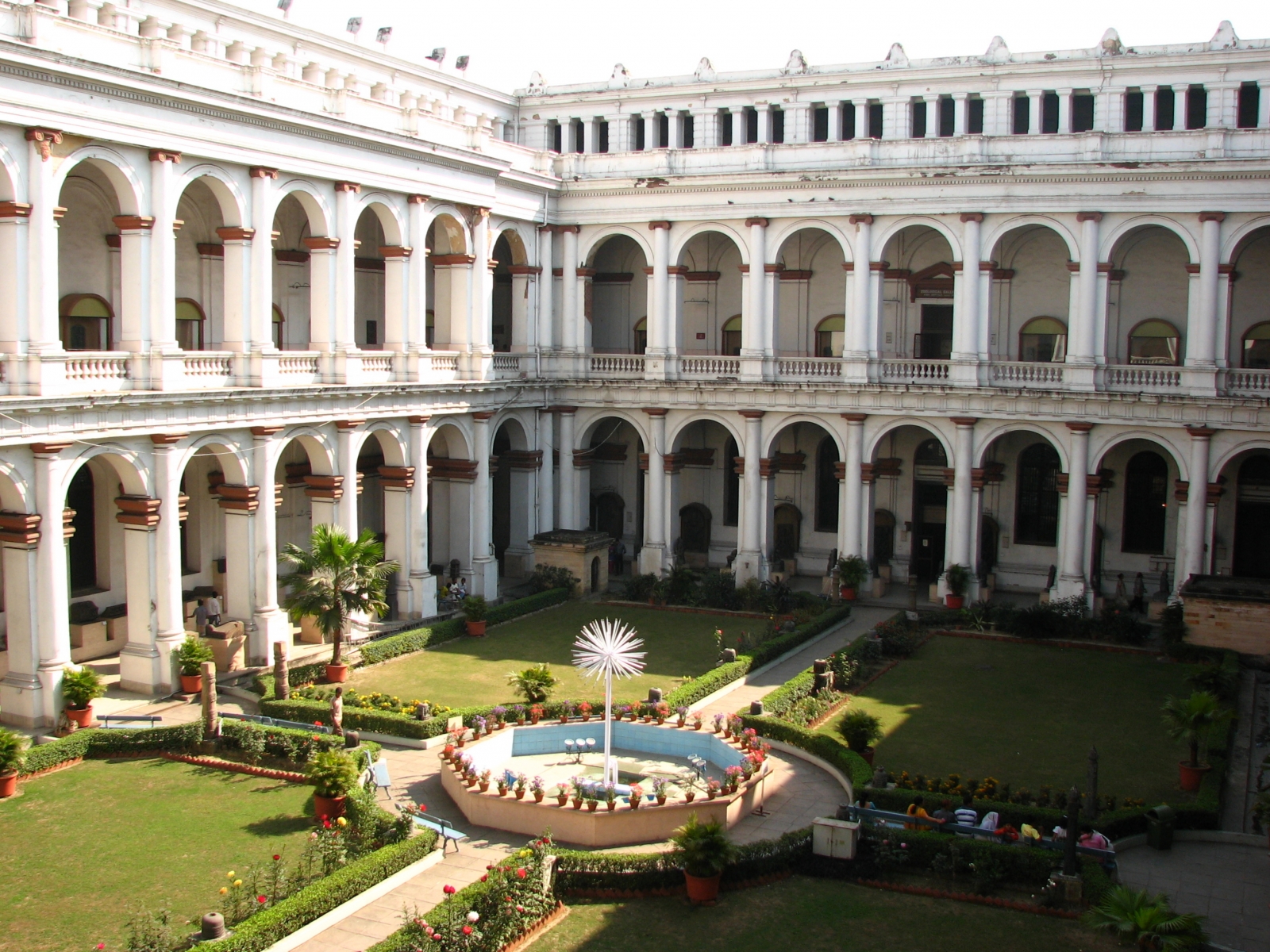 It is the fourth busiest cantilever bridge in the whole world. Standing on the bank of the Howrah River it connects the eastern side of Howrah to the western bank of Kolkata. The most interesting fact about this bridge is; the whole structure is constructed without a single nut or bolt. Each part of the 1538 feet long bridge is joined using only rivets. This miracle of Civil Engineering works as a gateway to Kolkata. It is the sixth-longest cantilever bridge in the world. The lightings on the bridge during night hours make it look extra special. In 1943, the bridge was first opened for public use. The bridge was renamed in 1965 after the famous poet and Nobel Prize winner Rabindranath Tagore. However, the name “Howrah Bridge” is still more widely used. The bridge carries around 100000 vehicles on a daily basis. The iconic structure has been featured in a number of Indian movies. 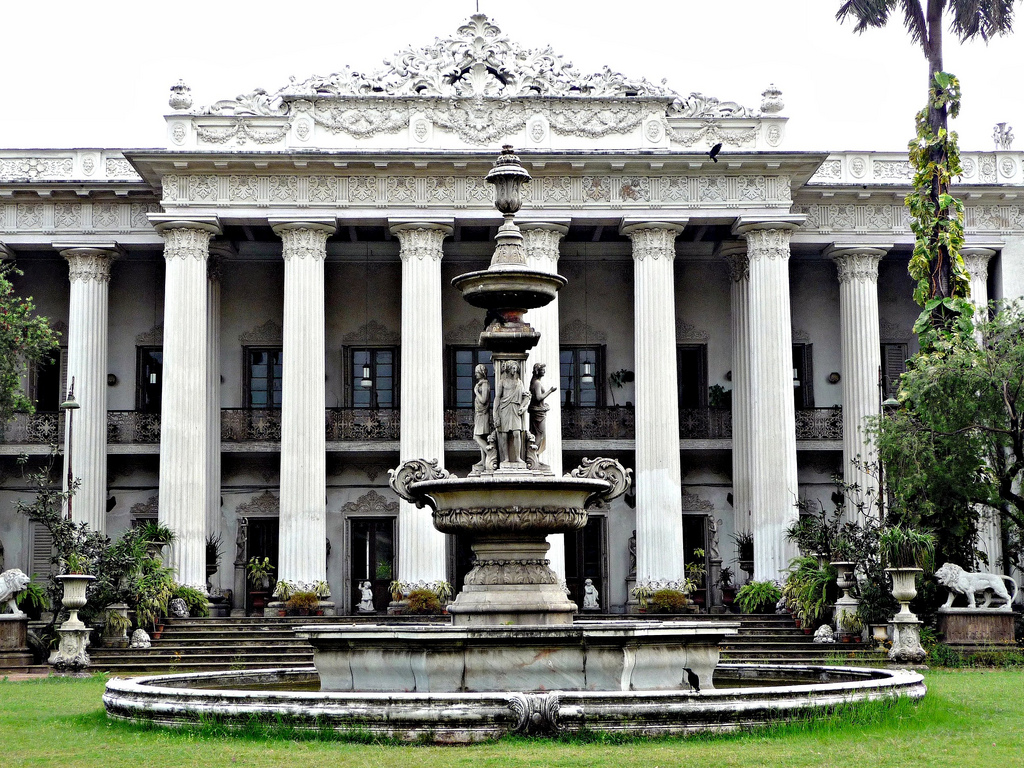 The monumental mansion is located on Muktaram Babu Street in Northern Kolkata. An affluent Bengali merchant, Raja Rajendra Mullick built this castle in 1835 to collect and preserve rare and exquisite works of art. The dazzling white marble on the floors and walls will easily catch your eye. Your private tour guide can show you the hidden gem of the place; Victorian Furniture and Western Sculptures. Another point worth mentioning about the palace is; it has a private zoo, which is considered to be the first zoo in the country. The mansion is very carefully crafted using 90 different kinds of expensive marble. You’ll find a beautiful garden, a lake, and a rock garden on the premise of the complex. Antique clocks, huge chandeliers, urns of emperors, and famous paintings are the most popular among its collections. The palace is still resided by the descendants of Raja Rajendra Mullick. You have to take permission 24 hours before visiting, which your tour guide will take care of. Since it is a private residence, photography is not allowed here.

The majority of the people here are devoted followers of Hinduism. Many temples have been built in the name of Gods and Goddesses. The Kalighat temple is perhaps the most renowned temple in Kolkata city. The temple was built 200 years ago and devoted to Mother Kali, the Goddess of power. The place is located in a place named Kalighat in the southern part of Kolkata.

The Dakshineswar Kali temple is another very sacred place in Kolkata. Located twenty kilometers north of Kolkata city center, the 100 feet tall structure is another architectural gem of the city. Twelve Identical temples of Lord Shiva add to the beauty of the temple. Another main attraction of Kolkata, “Belur Math” is situated 3 kilometers away from the Dhaksineswar temple. 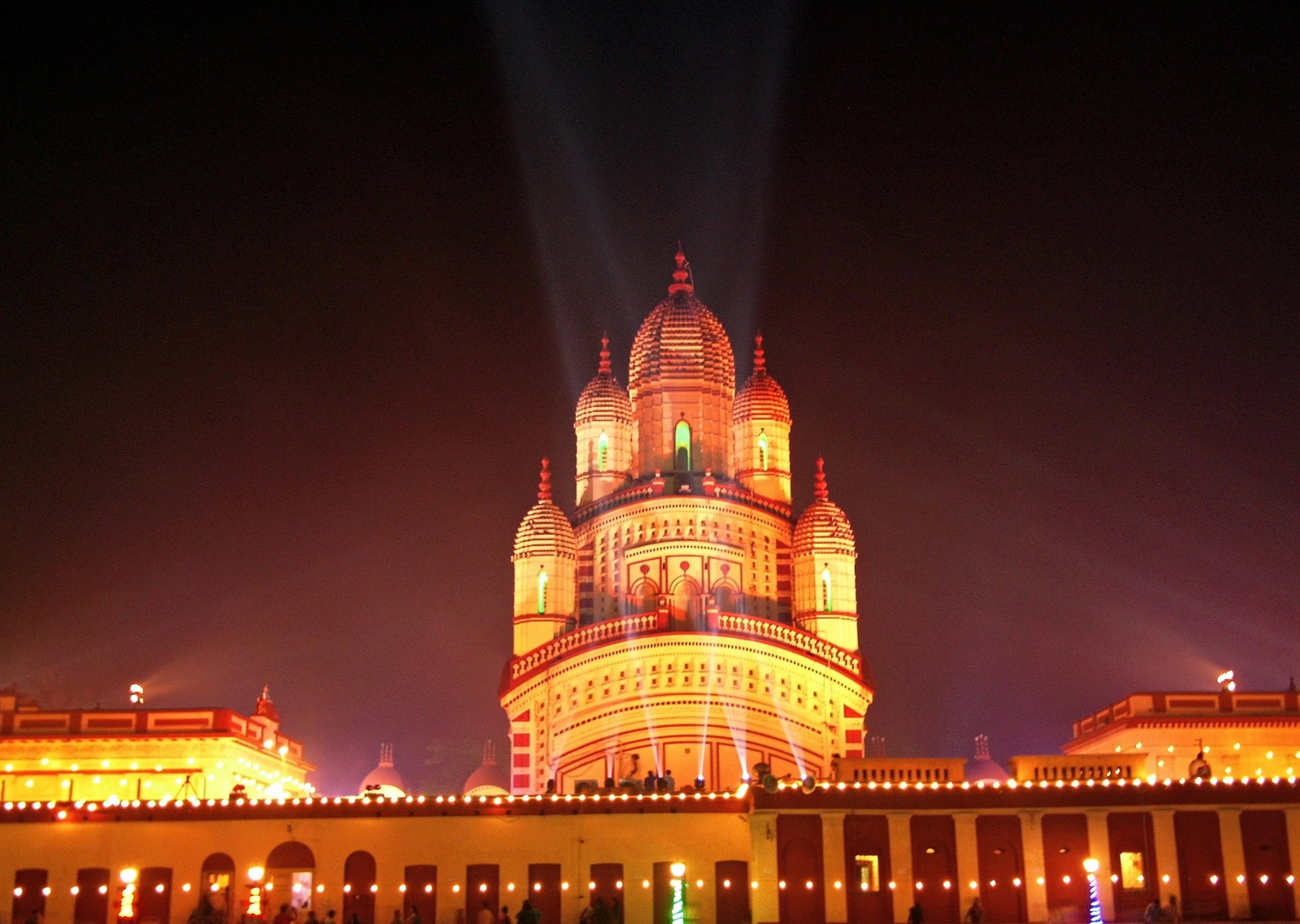 Other “Must see” places 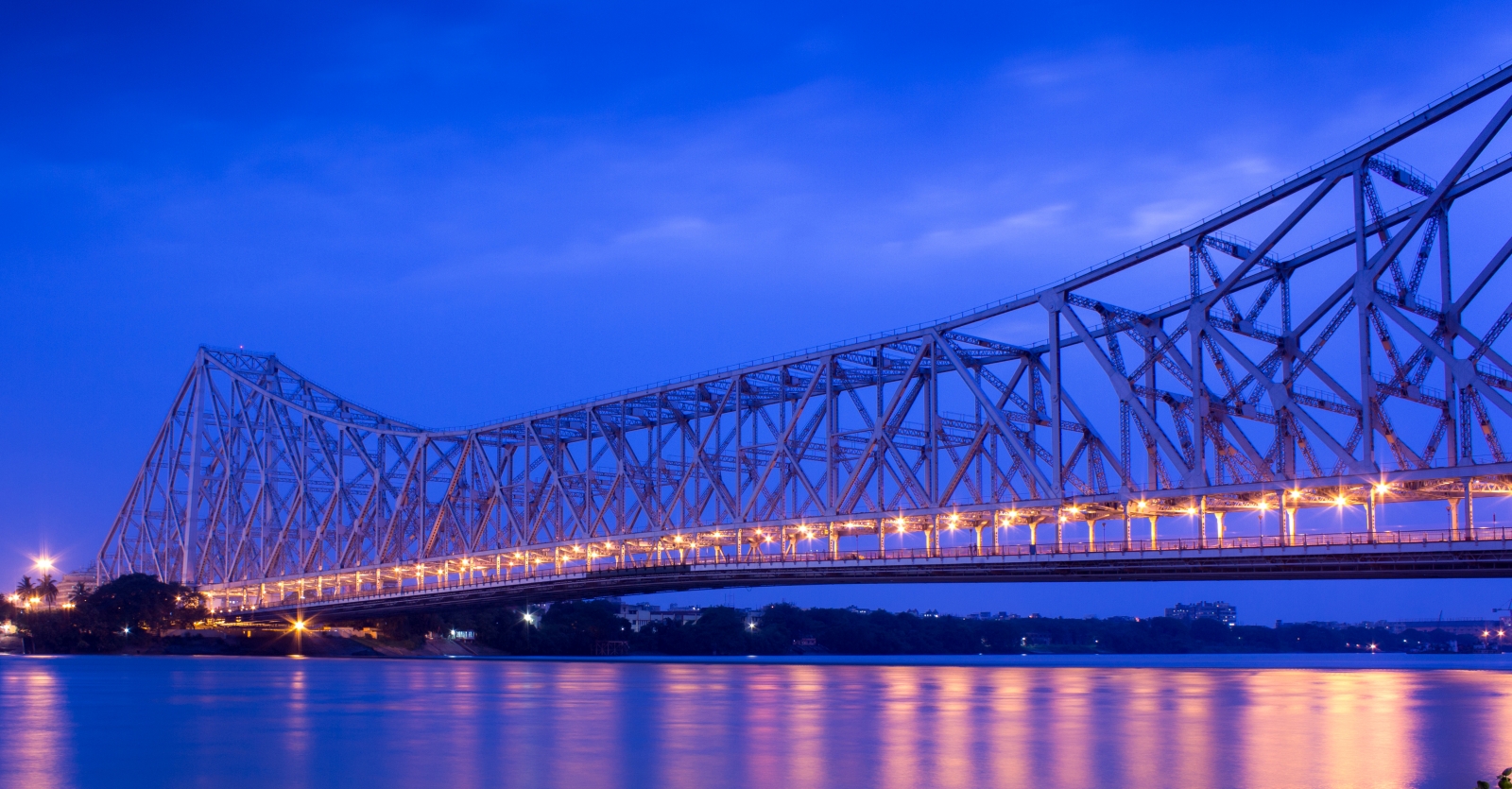 There are plenty of other sites in Kolkata, that you’ll absolutely love. Your private tour guide can take you to all these places that allure tourists worldwide.

In short, Kolkata is a very unique and attractive city. The prospect of visiting the former capital of India is too attractive to turn down. Your tour guide can book luxurious hotels for your convenient stay here. At the end of the day, you’ll fall in love with the lively crowd, delicious cuisine, architectural treasures, and wonders of nature of this dreamy city over and over again.

Read our previous article Leon, the world capital of footwear and fascinating architecture

Read our next article Souvenirs from Switzerland and Norway