Explore the Architectural Splendor of Agra

Agra, a premiere city in Uttar Pradesh, is full of activities. Some historians have coined this city as the land of palaces. Agra boasts of stunning and elaborate architecture. Are you ready to explore the wonders of Agra? You need not stress your mind to plan a tour. Just hire a tour guide and the rest will be taken care under expert supervision.

Agra is a well-designed city. Houses showcase extreme detailing in their design. When you carry out close inspection, the interiors will reveal unbelievable imaginations of architects.

Every building has been designed for adorning this city. It has immensely contributed to the religious and historical significance of the country. Even after the centuries, the city still mesmerizes tourists from all over the world. It is one of the crucial touring destinations of every kind of traveler owning to its exceptional collection of forts, monuments, palaces, religious places and other places.

The best time to visit Agra is between autumn and winter because, by that time, the weather becomes pleasant and perfect for sightseeing. Apart from visiting monuments, you can spend time at local markets where you can buy souvenirs and other novelty items. After spending the entire day on sightseeing, you can book a table at a restaurant and munch on snacks and beverages and watch the architectural splendor of Taj Mahal.

Places that are worth Visiting in Agra

The heritage of Mughal regime and its fascinating mausoleums, forts and tombs are strategically located in different corners of Agra. You can have the best retreats while your tour guide accompanies you.

Taj Mahal, the symbolic representation of love and one of the seven wonders of the world; is located in Agra. The Mughal emperor Shah-Jahan built this monument in 1653 in memory of his wife Mumtaz Mahal. Taj Mahal is erected on a red sandstone base covered with a huge marble terrace on which rests the dome bordered by four minarets. The walls and floors have intriguing mosaic and calligraphy works that are adorned with precious stones. 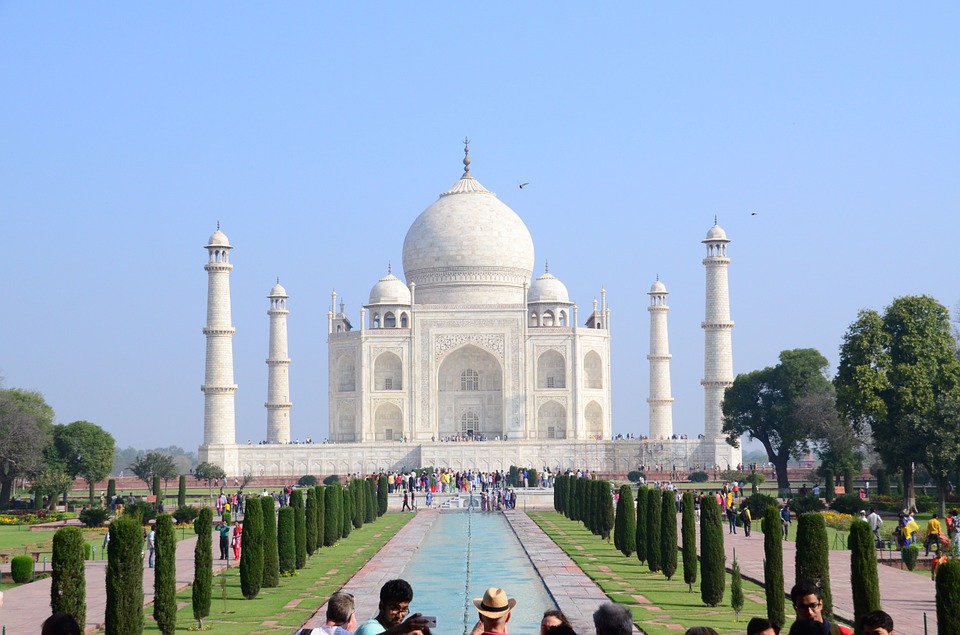 This mausoleum was constructed after Noor Jahan issued the instructions. The tomb was built in honor of her father Mirza Ghiyas. The walls of the tomb are built with white marble and embedded with semi-precious stones. The cenotaphs of the mother and the father of Noor Jahan lay next to each other in the tomb.

The Mughal Emperor Akbar built the Agra Fort in 1565. The fort houses distinguished buildings like Diwan-e-Am, Pearl Mosque, Khas Mahal, Musammam Burj, Shish Mahal, Diwan-e-Khas, etc. The fort has a semicircular shape and it is flattened on the east with a long and straight wall.

The construction of Akbar’s Tomb started in 1605 and was completed in 1613. The tomb is spread over an area of 119 acres in Sikandra. Akbar took the initiative of building this tomb according to the Tartary tradition. The tomb is surrounded by high walls. It is made of red sandstones with finishes of white marble.

Fatehpur Sikri boasts of some of the rare architectural works with unique designs and artworks. This is the place where the Navaratnas of Akbar assisted him to perform the official tasks of the kingdom. The fort is made of red sandstone. Previously, Akbar planned to introduce the Persian court splendors of his ancestor Timur. However, the fort was designed with the classical Indian embellishments. Fatehpur Sikri is the representation of art that revolves around brilliant works. After its completion, the city was deserted due to natural calamities.

Visiting Agra will offer you some memorable experiences. However, you should book a tour guide who will be able to explain the historical significance of every architecture in detail and ensure that you live the place with an amazing experience of a lifetime.

Read our previous article Tulum, an enigmatic place
Read our next article Suzhou's Points of Interest