Suzhou is famous for its pagodas, bridges, canals and beautifully designed gardens which are one of the main sources of its attraction to tourists. The city of Suzhou is renowned internationally because of its well-designed and chic gardens. It has some of the worlds’ greatest gardens located near the south of the Yangtze River. With various gardens spread all over a city, it can be quite hard to find the right place without the help of a tour guide. If you are relatively new to the city, it is suggested that you hire yourself a private tour guide so that he can take you to all the attraction spots without any hassle. 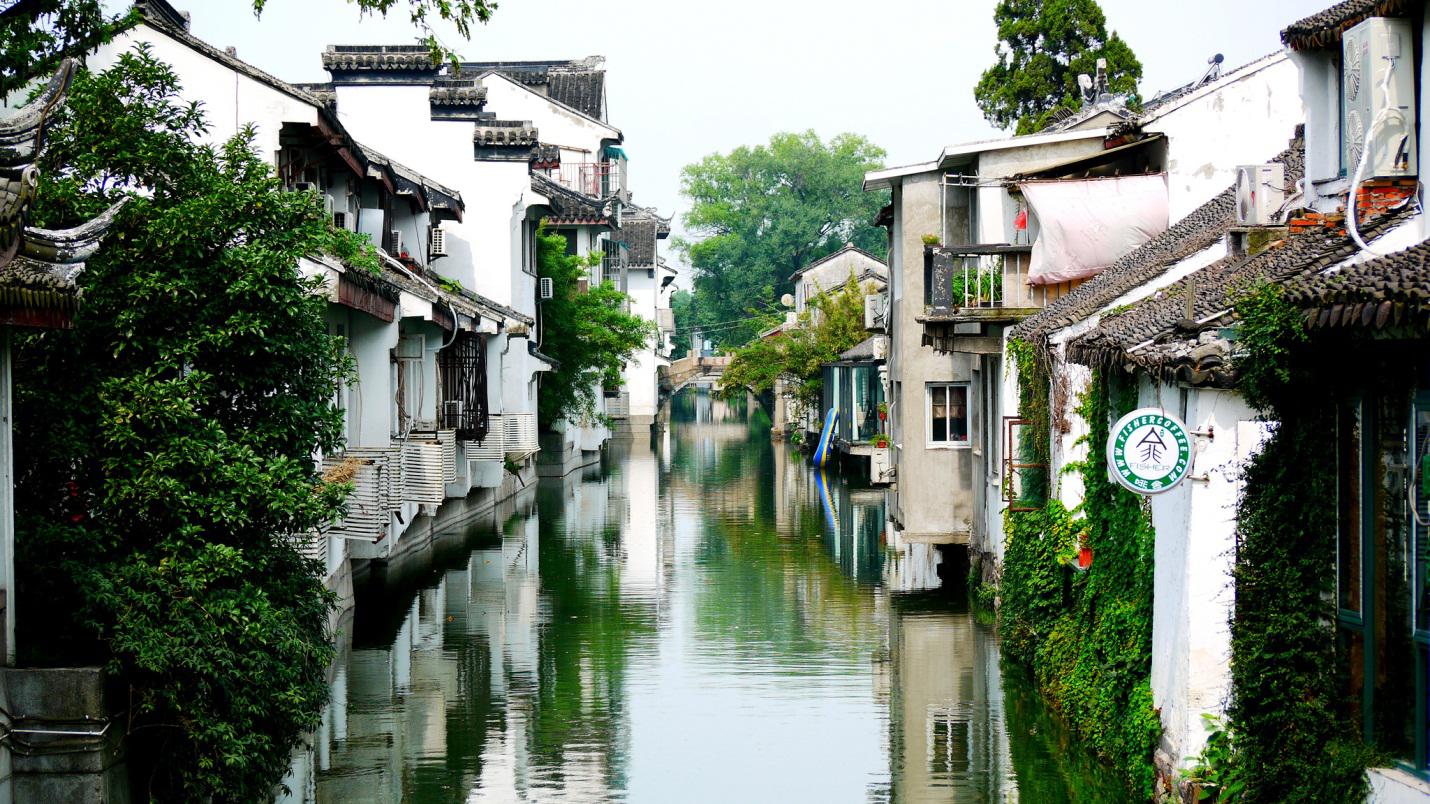 Suzhou enjoys many tourists throughout the year from all over the world and is one of the must-see places to visit on your trip to China.

The museum is free to visit and is open from 9 a.m. to 5 p.m. there are many buses that travel to the Suzhou Museum, but it is best to get yourself a guide.

The Lion Grove Garden, situated in the city of Suzhou is famous for its huge labyrinthine grotto of the Taihu rock at the center of the Garden. The Garden is located on 23 Yuanlin Road and can easily be reached using a taxi or a bus.

The Garden was created during the Yuan Dynasty in 1342 CE but was made open to the public in the 1950s. The Garden is most famous for its Maze consisting of 3 levels that stretch out to 1154 square meters containing various paths going through caves and caverns that are divided by a pond.

The Garden has a fee of CNY 30 and is open to the public from 8 a.m. to 5 p.m. Various Tourist buses are available to travel to this location, so it is not that hard to find.

Located just 18 kilometers from downtown Suzhou, the Town of Tongli is a delightful travel destination where you get to experience the rural side of China. About fifteen rivers divide the Town into seven segments. The abundance of so many lakes and rivers make the townspeople heavily dependent on bridges for traveling to the other sections of the Town. 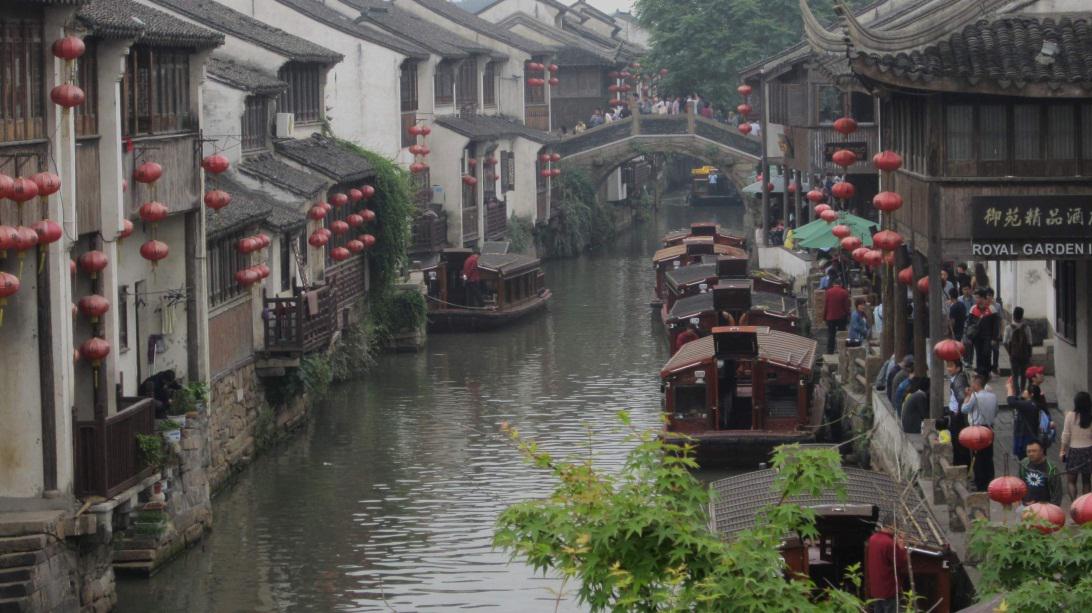 The bridges are ancient but well preserved and are beautifully formed. The most famous of the bridges are the Ternate Bridges. The Town is full of beautiful Gardens and houses.

The Hanshan Temple has been a well-known attraction spot since the Tang Dynasty. It is located 5 kilometers away from Suzhou in the town of Fengqiao. The Hanshan Temple is a Buddhist Monastery that is beautifully preserved in its natural state which helps create a secluded environment. There is a compound in the temple and in its center lies the Mahavira Hall. The corridor behind it leads to a tower with a stream in front of it. 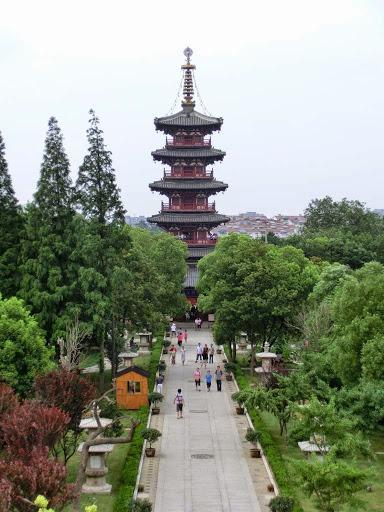 The Hanshan Temple has an entry fee of CNY 20 and is open from 8 a.m. to 5:30 p.m. many buses lead to the Feng Qiao Station from which you can take a Taxi to the Temple.

The Pingjiang Road located in the City of Suzhou got its name from the original name of the City. The street is considered to be one of the best-preserved streets in Suzhou and is almost 800 years old. The street is 1600 meters in length and is situated along a canal. The street starts from Beita Road to Ganjiag road.

This street is a combination of modern and traditional architecture, crafts and much more.

Included among the four elegant gardens in the city of Suzhou, the Lingering Garden is built in the Ming Dynasty by Xu Taishi. It is located just outside the Changman Gate in Suzhou. The Garden is divided into four parts. Each part offers different scenes and features which are similar to each other yet considerably different. The passage that connects all four sections is about 700 meters long and winds all around the Garden.

Perhaps the most famous water town in China, Zhouzhuang is located in Kunshan City, which is about 30 kilometers away from Suzhou.

The Town of Zhouzhuang attracts the most tourists during spring and autumn. The Town spreads over 3600 hectares. The Town was part of the fief Yaocheng. Known as Zhenfengli, the Town got its current name in 1086 during the Song Dynasty.

Some of the attractions in Zhouzhuang include the Shen House, Milou Tower, Zhang House, Temple of Chengxu, and much more. There is an entrance fee of CNY 100, and the town is open to Tourists from 8 a.m. to 8 p.m. You can easily take a taxi to travel around the town.

Many come to Suzhou to visit its various elegant gardens but that’s not all the City has to offer. Suzhou is the silk capital of China, and it has a whole museum dedicated just for this. You can visit the famous Suzhou Silk Museum on your trip to Suzhou anytime. 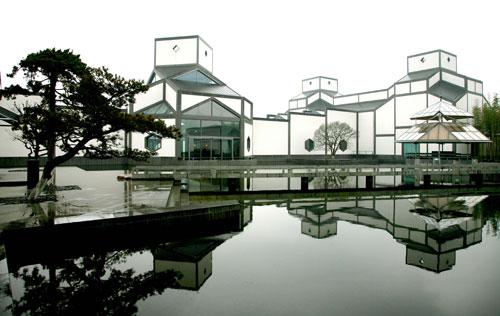 The Museum provides a history of silk manufacture and cross stitch from 2000 BC. Some of the items on the exhibition are old looms, samples of silk pattern, and much more. There was an entire room dedicated to living silkworms that were fed and turned into cocoons in front of the visitors, but the live silk worms were replaced by models in 2009.

The Silk Museum is free to visit and is open from 9 a.m. to 4:30 p.m. various buses go to the museum, and you can go by taxi as well. But if it’s your first trip to Suzhou, it is advised that you hire a professional tour guide to bring you to all the main attraction spots.