Your NYC tour guide will tell you the story of the Tower.

There is a grand luxury hotel with a 273 room capacity inside the Metlife Tower that was unveiled in 2015. The address of this hotel is 5,Madison Avenue whereas the office building which has been fully occupied by Credit Suisse is known as 1, Madison Avenue. The original Metropolitan Life Office Building was 11 storied and the tower was the new addition to the existing structure, which was completed in 1893 by Napoleon Lebrun& Sons.

During 1953-1957, this original building was replaced with the new building which was designed by D. Everett Waid and again modernized during the 1960’s period. On the 25th and the 26th floors, there are 4 clock faces that can be seen from each side of the tower with a diameter of 26.5 feet. The number on each clock measures about 4 ft in length and the minute hand weighs around half a ton.

Tuckahoe Marble was the original material used to build the tower but with later renovations, it was replaced with limestone to cover the tower along with the East Wing. The old Renaissance look was changed to reflect the more modern and elegant look with most of the ornaments on the tower’s façade were taken off at that time. The Building was declared as the National Historic Landmark in 1978 and also as a New York City Landmark in 1989. 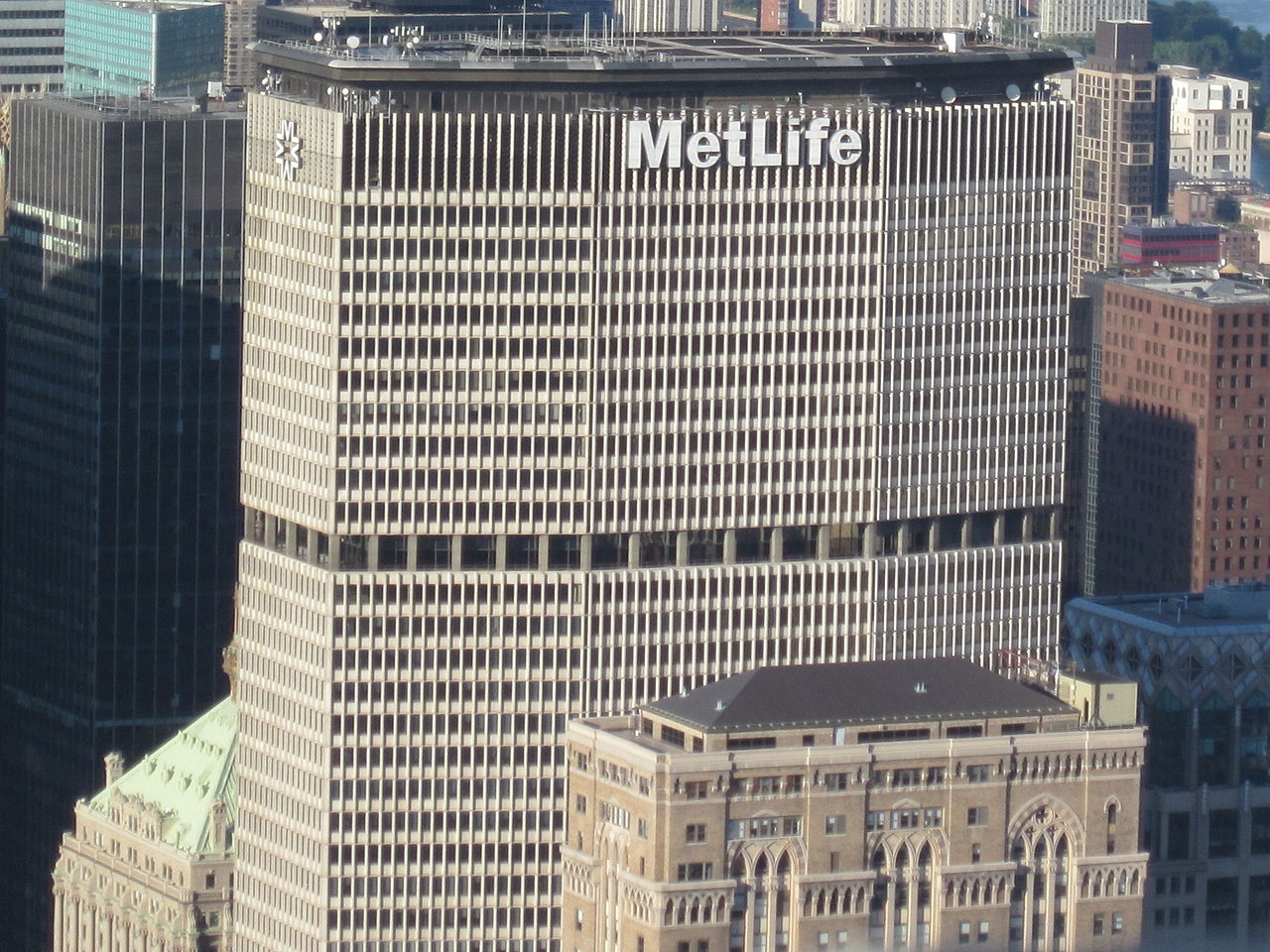 During the late 1920’s, both the Metlife Tower and the North Annex were finding it difficult to accommodate the growing business of the Metropolitan Life Insurance Company. As a result, they decided to build a full block site amidst the East 24th and East 25th Streets. Harvey Wiley Borbett, a well-known architect took up this project along with Dan Everett Waid in 1928.

The original plan was to design a 100 storey skyscraper but unfortunately the 1920’s Depression made the company change its plans, where only a portion of the tower was being built. The Metropolitan Life Building which was completed in 1950 comprises of 32 stories instead of the 100 story tower which was originally planned for this project. The main tenant of the Metropolitan Life North Building is the investment banking arm of Credit Suisse. 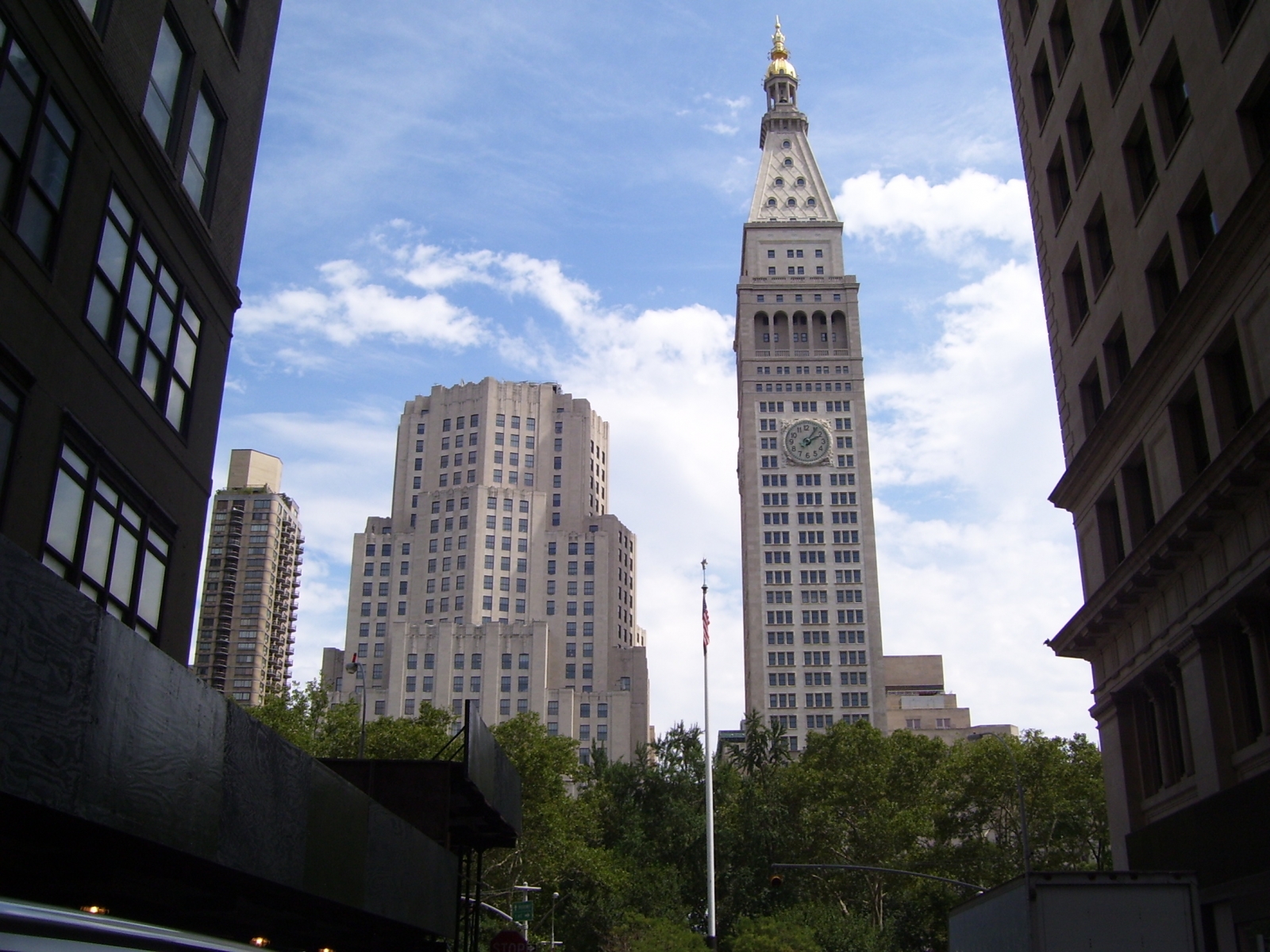 The Metlife Building is located in the heart of Midtown Manhattan amidst its renowned office submarket, along the Grand Central Terminal and the East 45th Street. This 58 story building encompasses of 3,078,513 square feet of luxurious office and retail space along with 4 level garage space available for the occupants. This was part of the reconstruction project, which was planned along with the renovation of the Grand Central Terminal.

Emery Roth & Sons, Walter Gropius and Pietro Belluschi were the architects who assisted Erwin S. Wolfson in developing this grand project during the early 1960’s. This property was bought by Metropolitan Life Insurance Company in 1981 and was renamed as the Metlife building in 1993. The renowned signage which can be seen across the tower is around 22x22 feet with the two upper case letters itself weighing around 4,000 pounds each which is simply incredible.

Best Highlights Of The Metlife Tower

The Metlife building provides easy and convenient access to Times Square, Grand Central Terminal, New York Public Library with its central location in Midtown Manhattan. It offers fantastic views of the Bryant Park and plenty of transportation facilities are available to local commuters right from subway to bus lines.

You can also find four level parking that has facilities for accommodating almost 248 cars. There is a state of the art security system that has been provided to ensure maximum security around the premises.

Get access to the best possible amenities that includes high end retail shops, top restaurants, health club, child care facilities as well as ATM”S in this building with close proximity to the Grand Central Terminal. 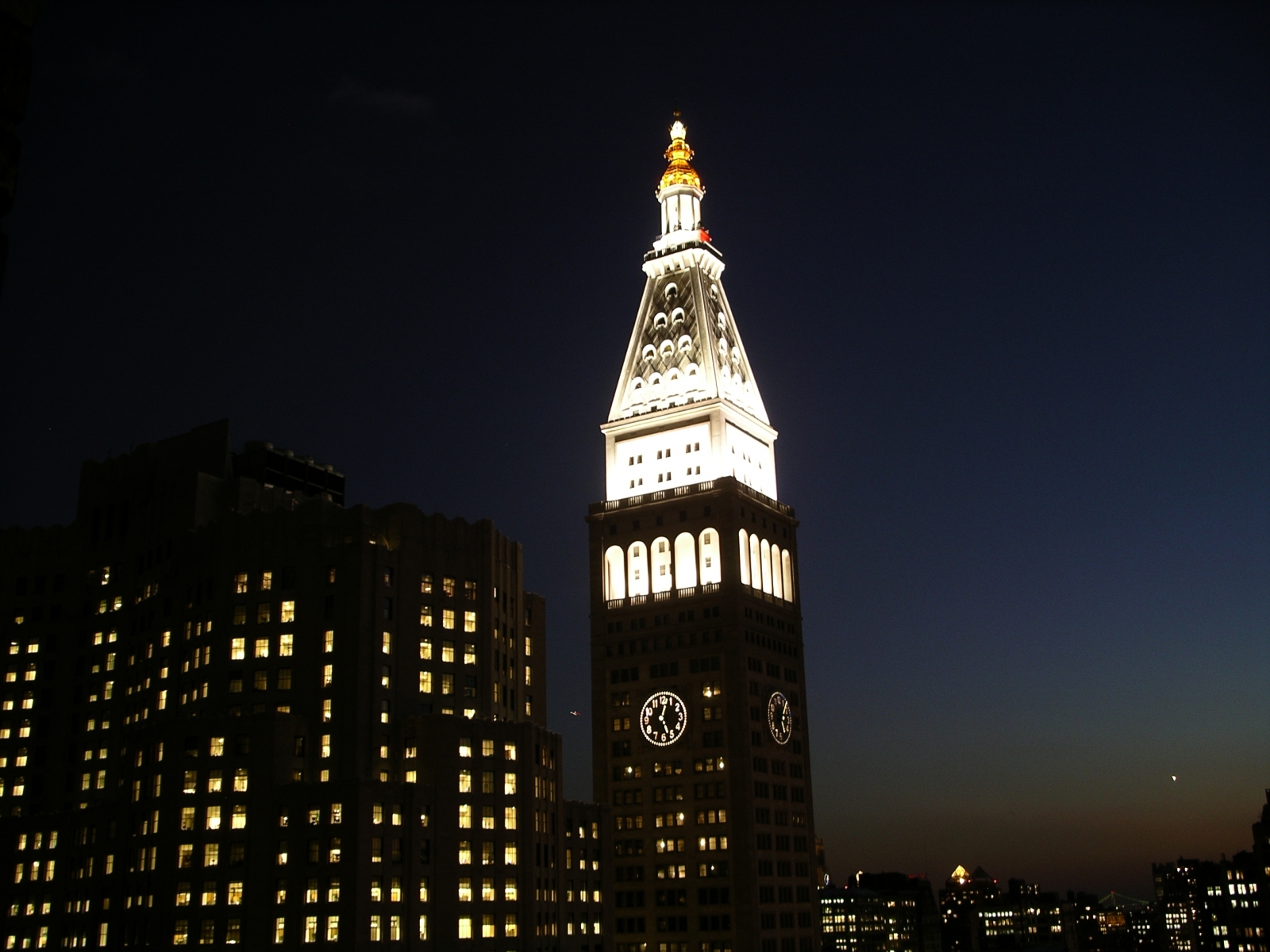 The Metropolitan Life Tower underwent a drastic renovation, where a three year restoration project was taken up with most of the building covered in scaffolding that was finally completed in 2002. Just like the Empire State Building, there was more innovative technology being used in the tower with multicolored lighting that was used to illuminate the façade of the tower. There is a gilded cupola on the top of the building that continues to illuminate the building even during the night.

For many years, this building was featured while advertising the Metropolitan Life Insurance Company with the light flowing from the top of the spire. In March 2005, SL Green Realty Corp purchased the tower with the aim of constructing apartments. However in May 2007, the tower along with its air rights were bought by Africa Israel Investments for around $200 million.

In 2011, Tommy Hilfiger expressed his keen interest and signed a contract to buy this building to convert this into a hotel offering luxury condos. But then later he backed out of this project and it was sold to Marriott International in October 2011 for about $165 million. In January 2012, Marriott announced its plans of transforming the tower to New York Edition hotels. The three Edition hotels in London, Miami and New York were finally bought by Abu Dhabi Investment Authority in 2013 for $815 million. However, Marriott continues the management of the hotels due to a long term contract that was opened in September 2015.