Two seas wash the shores of the Iberian Peninsula. The Mediterranean Sea was a part of Spain since ancient times and during the Middle Ages, it was part of the trade with the Levant. The Atlantic Ocean allowed Spain to make great discoveries in the New World. Castile represents heroic Spain, while Catalonia symbolizes industrial and trading Spain, and Galicia and Asturias embody maritime Spain.

Coming from fiery Africa, the Muslims conquered Andalusia after they had been wanting to conquer it for a very long time. The Spaniards banished them back to Africa in the XV century and that is why you can find so many various Arabian monuments in the southern parts of the country. First, the famous Alhambra in Granada, a true masterpiece of Moorish architecture whose thin pillars hold aerial domes and walls, covered with glazed blue tiles, reflect themselves in the docks washed by the waves.

Cities to See in Spain

Deciding which are the most interesting cities to admire in Spain is not easy, and this is the reason why the help of a personal tour guide is of fundamental importance. Spain’s marvelous cities, rich history, refined cuisine, and hospitality of its people will allow you to spend many calm and fun vacations in Spain thanks to the support of a personal tour guide. Every year, Spain welcomes many tourists who come here because of the breathtaking landscapes, as well as for its beautiful beaches, views, and richness this country offers with so much generosity. Here, you can visit numerous museums, castles, medieval fortresses, and cultural centers. 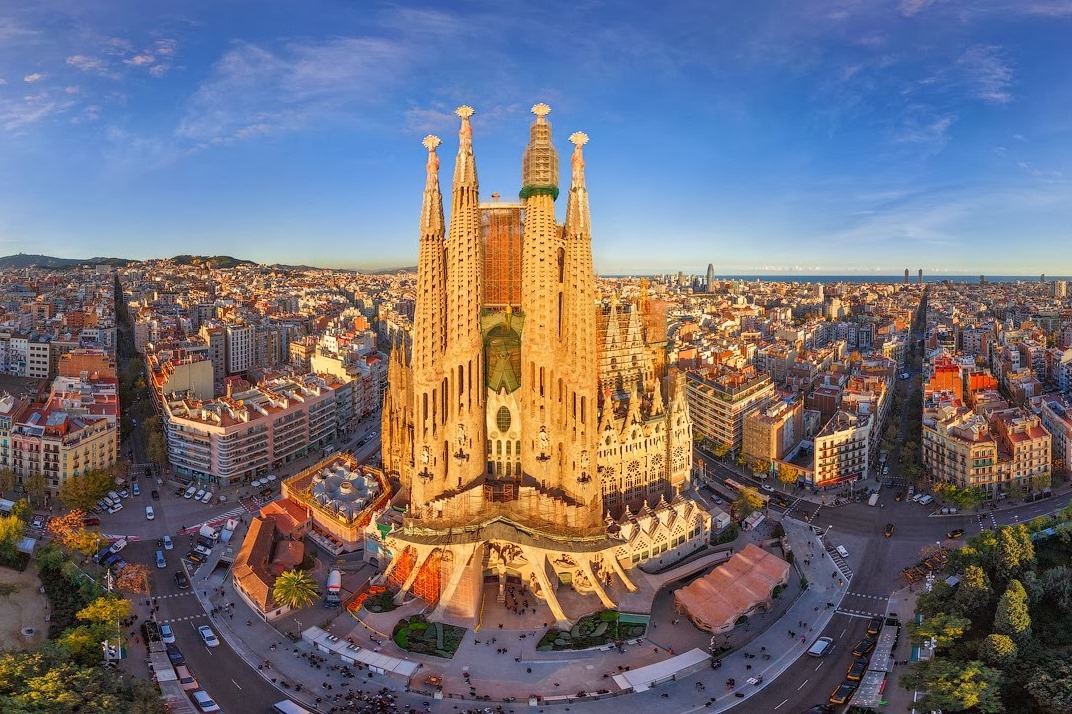 The capital of the region Catalonia, Barcelona is a city with well-known and famous building complexes. Artists like Gaudí, Picasso, and Hemingway represent the great names that took their inspiration from this big city and where you can find their works today. Barcelona is identified as a global city because it has great importance in numerous sectors from tourism to culture, and even trade. It is also the center of works like the famous Sagrada Familia, one of the most important buildings in Europe, whose construction began in 1882 and has not been finished even today.

Madrid is a vast cosmopolitan capital of Spain, it unites its own modern structures with its cultural and artistic heritage. The Royal Palace and The Puerta del Sol (the Spanish name for "Gate of the Sun"), are the characteristics of the center and very interesting places for tourists and can be admired in the company of your own tour guide. For art lovers, we suggest visiting The Prado Museum, as well as Thyssen-Bornemisza Museum and The Museo Nacional Centro de Arte Reina Sofía. For tourists with children, Madrid offers everything that is needed for family activities such as zoos and entertainment parks. It is known for nightlife and you can enjoy shows based on flamenco and great cuisine.

It is a city with numerous monuments among which is Alhambra, a work of enormous historical value built between the XIII and the XIV century and represents one of the jewels of the Emirate of Granada. The cathedral and chapel are the biggest works of the Gothic and Renaissance period and offer impressive sculptures on the front side. Other interesting places are Lonja and Alcaiceria where you will discover the antique Arabian silk market along small and colorful streets lined with so many souvenir shops. 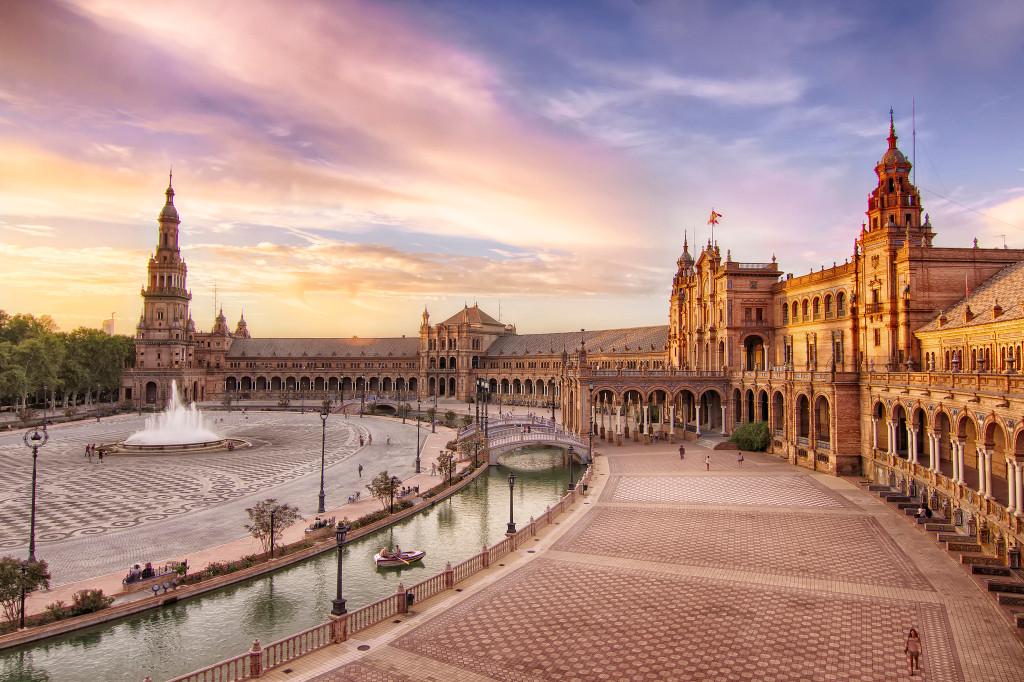 It is the most important city of Andalusia, the homeland of the many World Heritage Sites like Alcázar and The Torre del Oro (English: "Tower of Gold"), and has been occupied by Moros for 800 years. The city has gained important historical, cultural, and artistic value.

A city situated on the coast of the Mediterranean sea, a strand, with nightlife and a variety of cultural sites, is considered a beautiful city, which is the home of the most famous Spanish dish, Paella Valenciana. Many festivals take place in the city and around the city. The most important Spanish festival is Las Fallas de San José. A few years ago it became the host of international events, mostly sports events like America’s Cup which is the biggest sailing competition in the world, as well as racing events like Formula 1.

Located in the region of Castile and León, it is also the center of the oldest university in Spain. Its wonderful architectural heritage is magnificently represented by two cathedrals, by the Casa de las Conchas, Plaza Mayor, and Convento de San Esteban just to name some of its many wonders. Declared a World Heritage Site, it is a host of many important festivals like the famous Ciudad Rodrigo Carnival.

It is one of the most wanted destinations of Costa Blanca, an ideal place for aquatic sports, because of its beaches of fine sand, crystal clear water, and nice weather during the whole year. You can spend your vacation days swimming on one of the famous beaches, or you can visit its antique center with the Church of San Jaime and picturesque alleys. 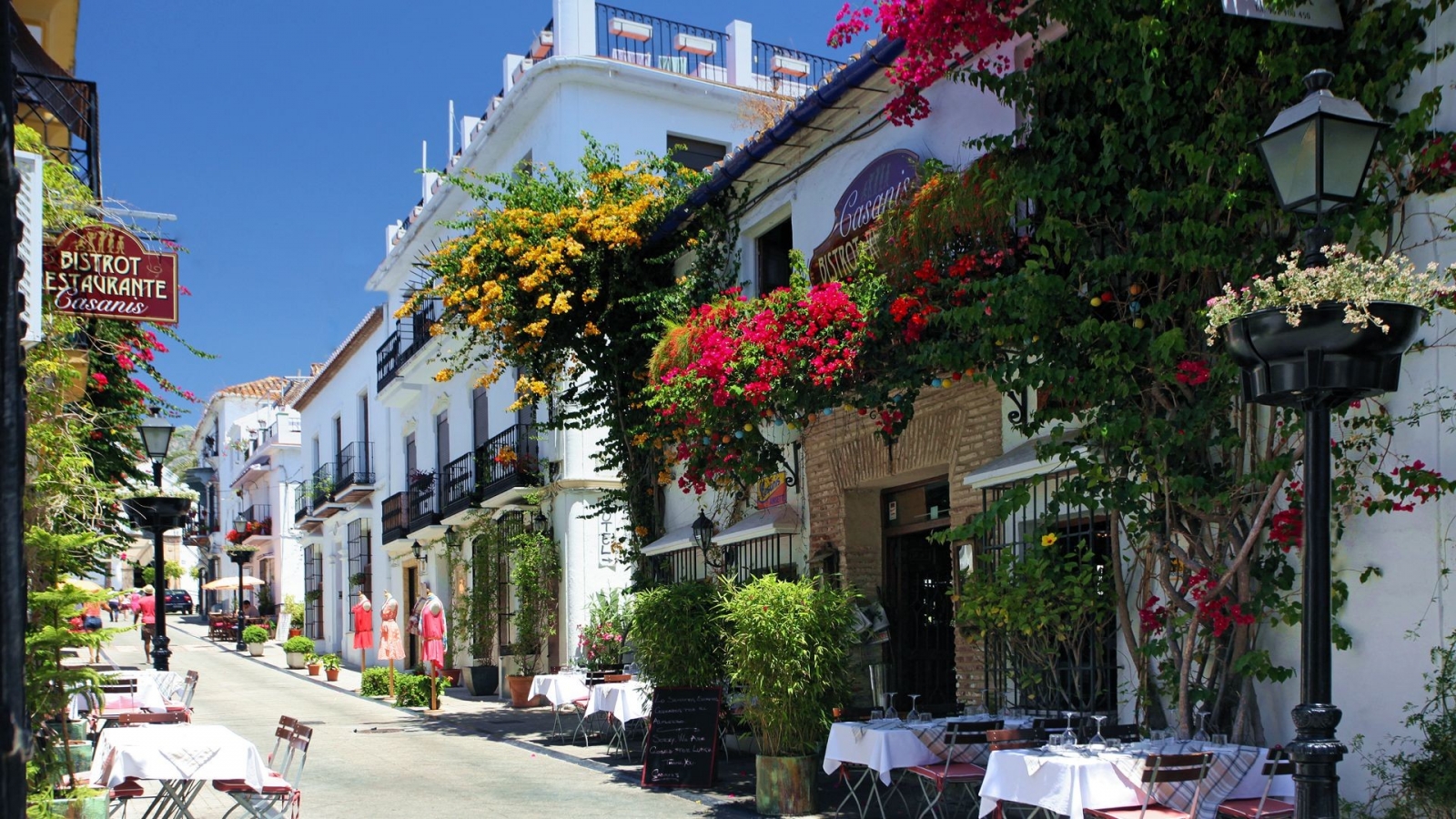 Facing the Mediterranean sea, it is one of the most renowned and famous marine places in Spain. It is a tourist center that offers numerous attractions like important golf courses. The city is also the host of important sporting tournaments and international events such as the Andalucia Tennis Experience, the famous Volvo World Match Play Championship as well as the International Film Festival.

The capital of Galicia is also a place where every year thousands of pilgrims come by foot to one of the most loved religious places in the world. A tradition dating back to the Middle Ages and is still strong even today. The city suggests to tourists great natural beauty, a university environment, and alleys with places for refreshment, and taverns. More interesting historical architecture such as the Santiago de Compostela Cathedral was built in 1075 is available, as well as other impressive monuments of important cultural value.

Read our next article A Journey to North Macedonia, Bulgaria, and Greece