Every year thousands of tourists flock to Nuremberg to see one of the best Christmas markets in the world. However, if you just hop on a train for 40 minutes into the Franconian region, you will arrive at the town of Bamberg Looking like it belongs in a fairy tale book with its quaint architecture and winding streets, this town is often missed out of many guidebooks and is relatively unknown to international travellers. Listed as a UNESCO World heritage site, as well as being known for its colourful houses, it is also famed amongst Germans for its delicious local beer which is smoked. Bamberg lies in the Upper-Fanconian region of Bavaria which is a culturally unique region in itself with three cities, over 300 breweries and even its own dialect. A trip to Bamberg would give you an experience of Germany which you wouldn’t get on the main tourist trail. Whether you’re just there for the day, or plan on stopping over, there is a wealth of things to see and do. Here is a run-down of the top places to visit while you’re in Bamberg. 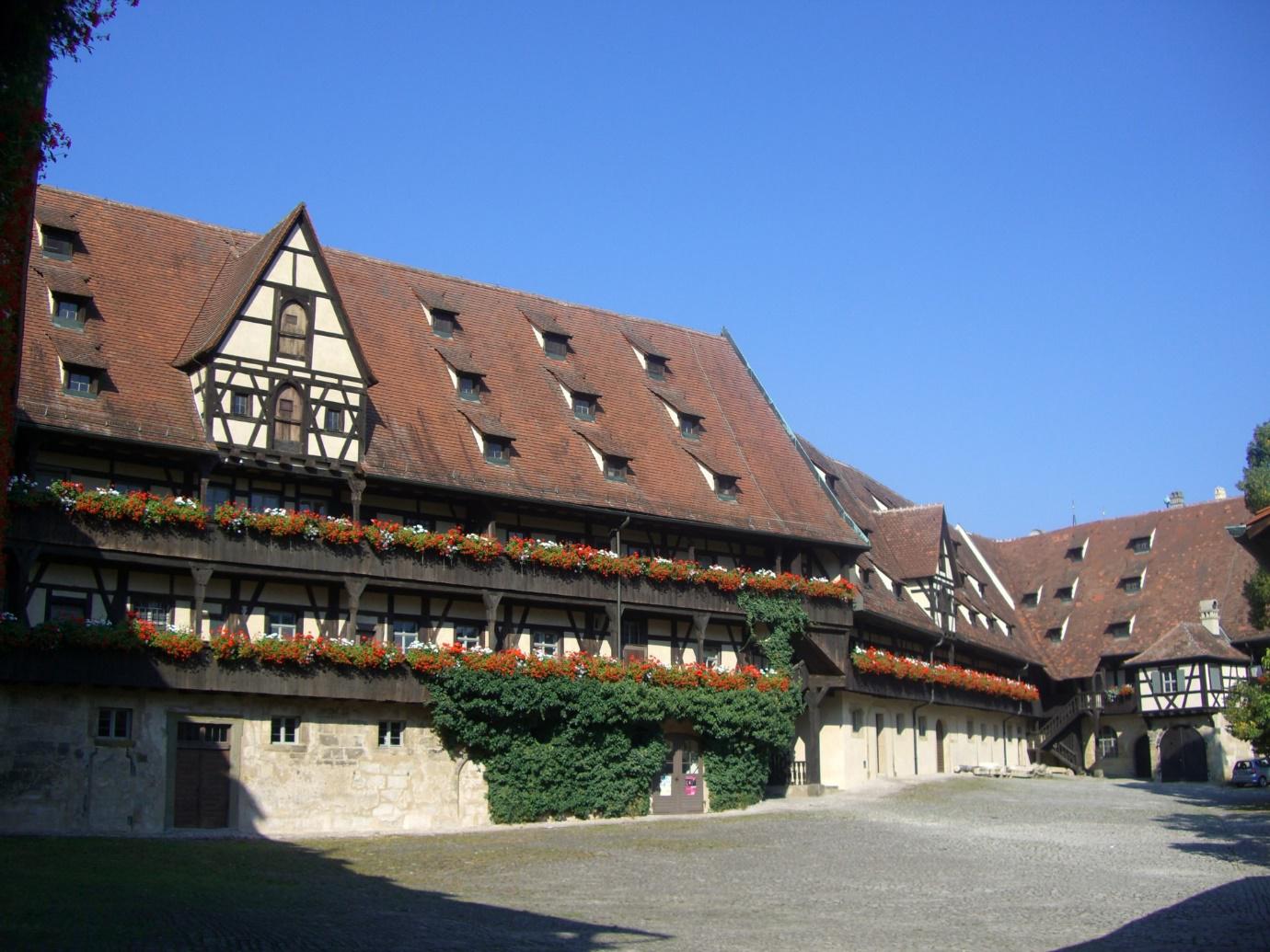 The Alte Hofhaltung (Old Court), has existed in one form or another since the 11th century when it was used as the Bishop’s residence. The original building was later rebuilt in the 16th century in the German renaissance style. Today it is arguably the most prominent building in Bamberg and is open to visitors to have a look around. Head through the gateway and discover an enchanting courtyard with half-timbered buildings. The building also houses a history museum which contains collections from prehistory right the way through to the modern day. An adult ticket is just 5 euros. 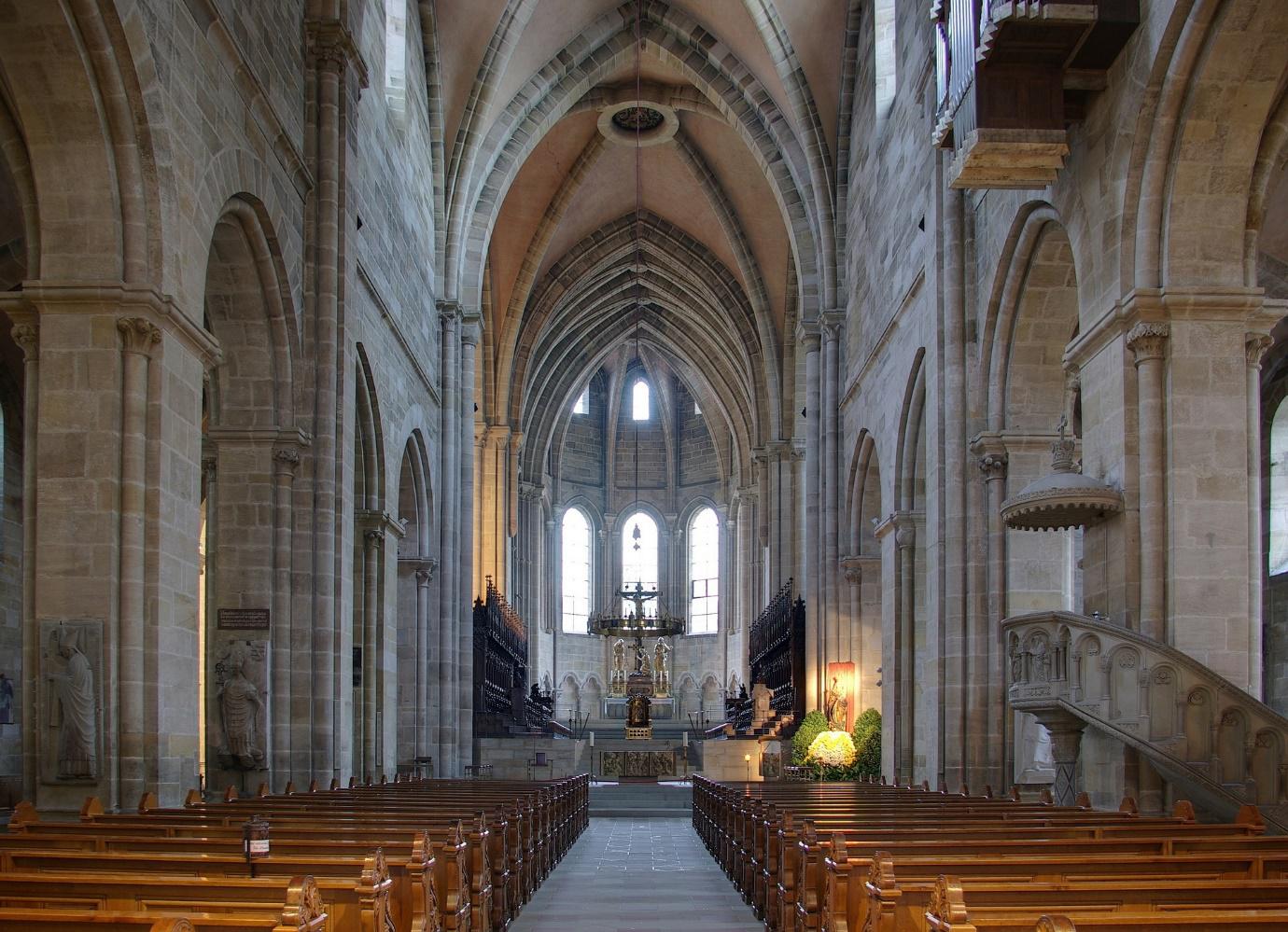 Another building which has been in Bamberg since the 11th century is its cathedral. Over the years it has been destroyed many times due to the ravages of fire, but the current building which stands today maintains many of its Romanesque and Gothic features, its different styles owing to the fact that the building took such a long time to construct. The cathedral is open to visitors and inside it is possible to see many important works of art as well as the original choir stalls. Admission to the cathedral is free, or there is an option to take a guided tour for 4 euros. However, if you wanted to really bring your tour to life, hiring yourself a personal tour guide would be able to dedicate the time to explain the finer details of the building, giving you a really immersive experience and a new insight into the cathedra’s history. 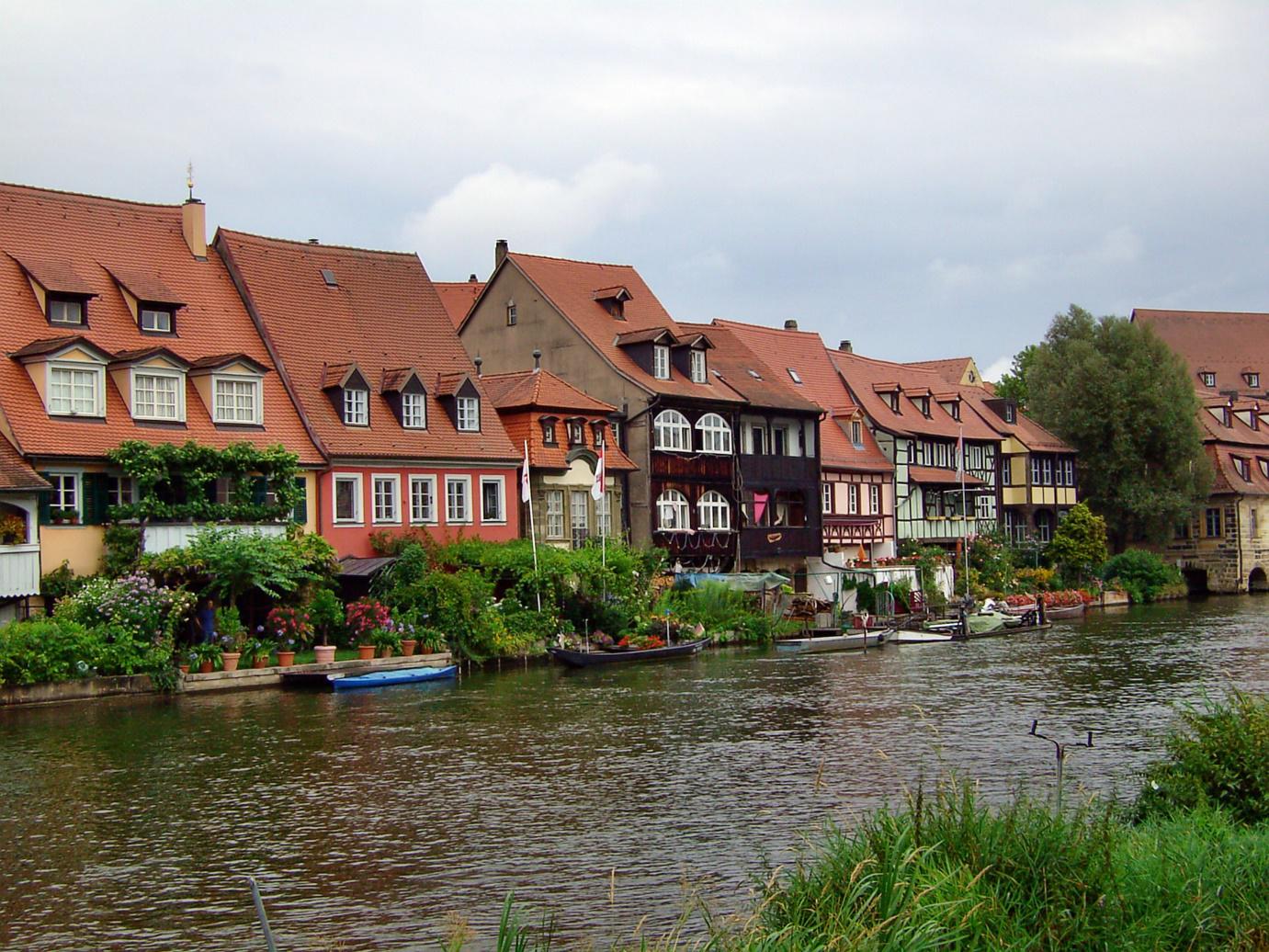 Formerly a little fishing village, this corner of Bamberg was affectionately nicknamed “Little Venice” by the fishermen who resided there. Along one side of the River Regnitz is a line of romantic-looking, half-timbered houses overlooking the river, with gorgeous little gardens and balconies overflowing with fragrant flowers. To really make the most of this area, the best time to come is in August when Little Venice hosts the Sandkerwa – a traditional local festival which has a range of activities such as jousting, and Italian evening and a chance to try some of the famous local beer. It is also possible to take a canal tour of this area to get some of the best views of the houses and to learn a little more about the area. 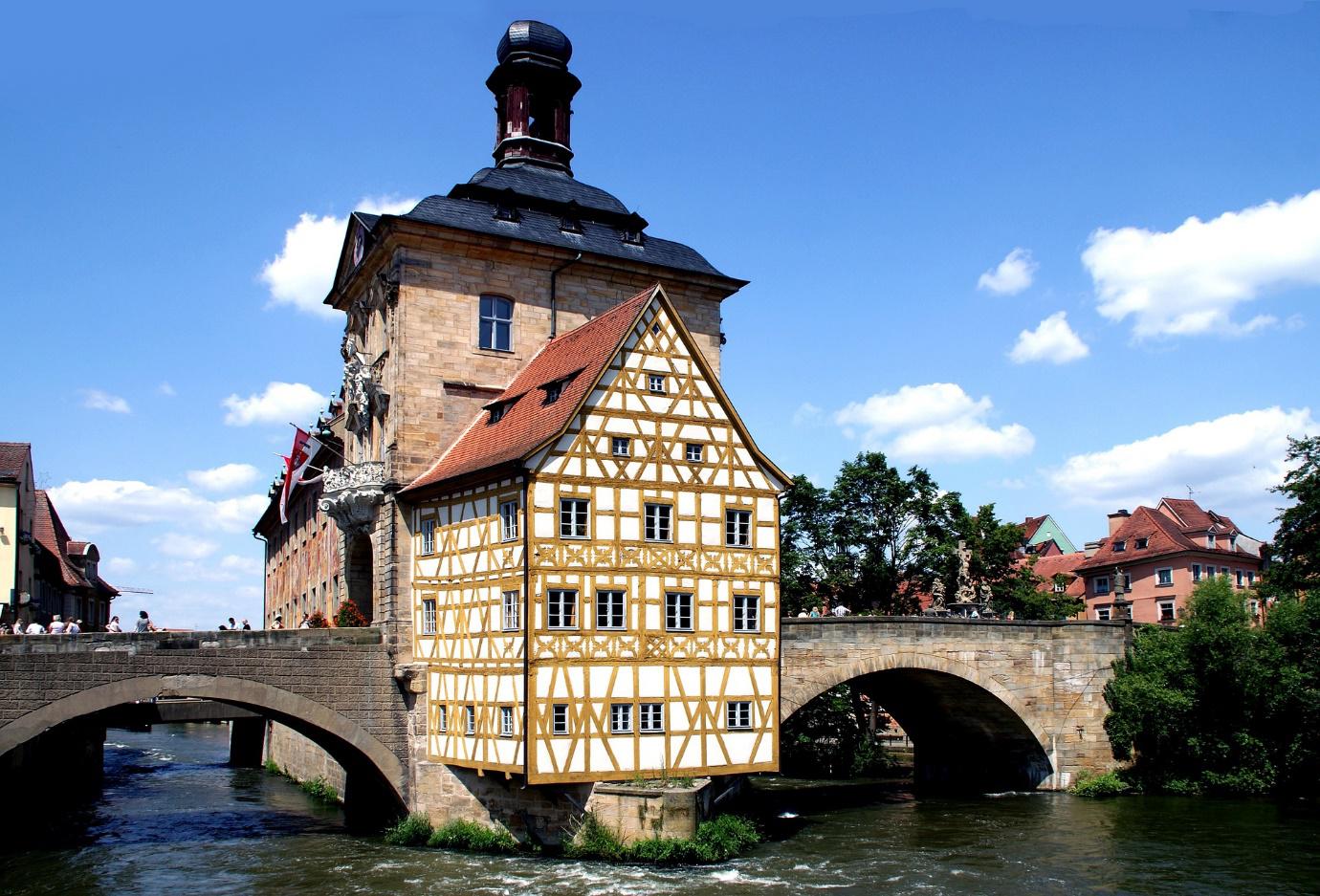 Located in the middle of the river, Bamberg’s old town hall is perhaps the most interesting building to look at in the city, with one half of the bulding timbered and hanging over the river and the other being in a beautiful baroque and rococo style. The history and purpose of the building is really quite fascinating as the bridge used to divide two parts of the town in the past. There is not a lot of information on this building in guidebooks or on tourist sites, so having a tour guide with you would help you learn more about its story. 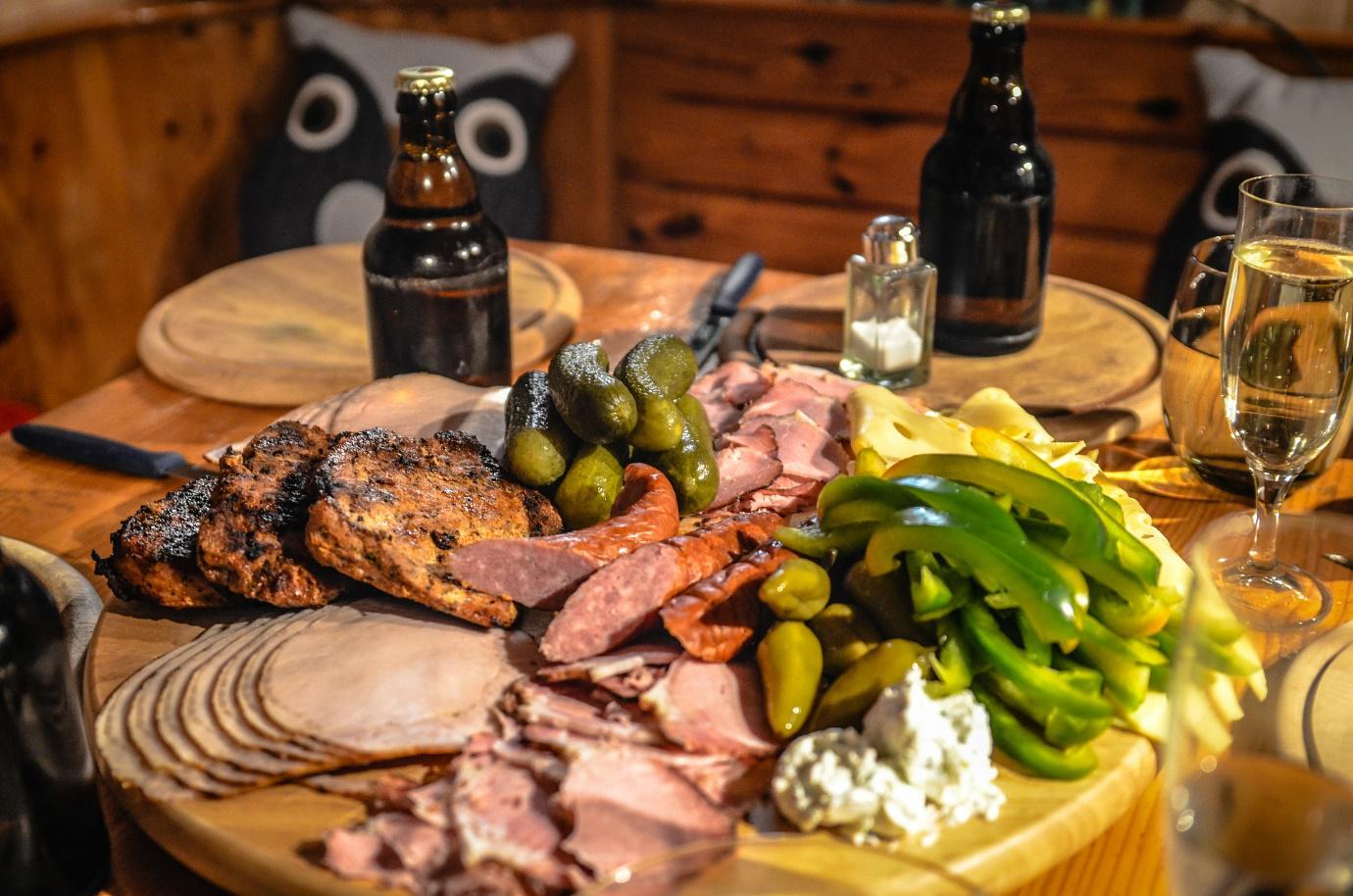 As mentioned earlier, Bamberg is famed for its smoked beer (known to Germans as Rauchbier). No trip to the city would be complete without trying a pint of this unusual beverage. The smokiness is achieved by exposing the malt to the smoke of burning beech, and nothing quite like it can be tasted anywhere else in the world. This beer is still brewed in the traditional way at the Schlenkerla brewery and easily one of the best places to get a traditional German meal such as pork knuckle with fried potatoes, washed down with a Rauchbier is at the Schlenkeria. The menu changes every day ensuring that only the freshest produce is served.

How to get there

Trains run fairly regularly from nearby Nuremberg, and takes approximately 40 minutes. Bamberg is also well-connected by rail to a number of other larger cities such as Munich and Frankfurt. If you are travelling from one of these cities it would be advised to stop overnight to really appreciate the town. If you are strapped for time, however, a personal guide would be able to tailor an itinerary to your needs and prioritise what you wanted to see the most.

Read our next article Lebanese Gourmet on Tour