The UAE is a country of contrasts

The United Arab Emirates can be easily described as a country of prosperous and non-poor people, cutting-edge technological achievements, unique Middle Eastern culture, and affordable unique tourist infrastructure that functions like a Swiss watch, and our private tour guides will show you around and help you understand how this perfect system works! 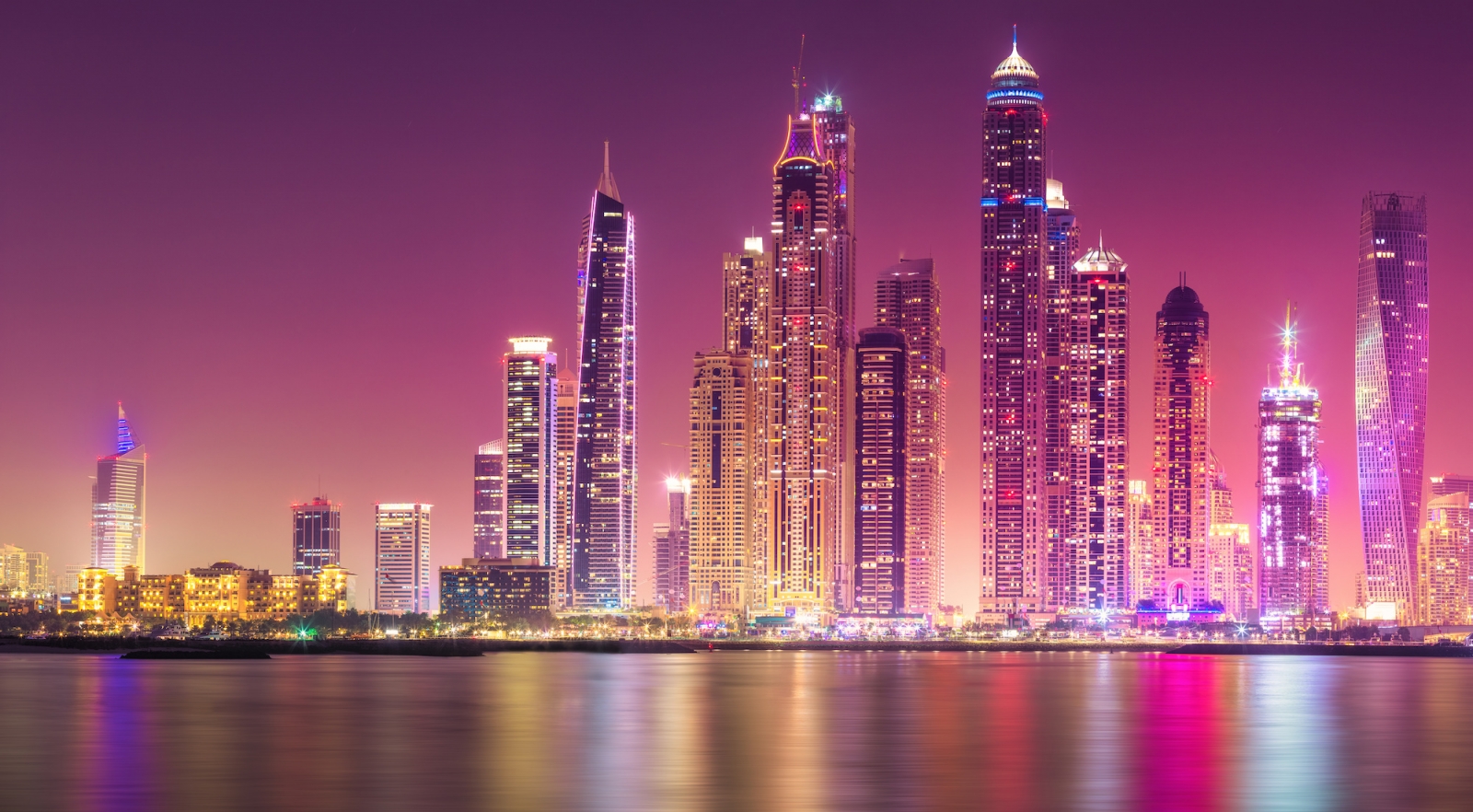 The UAE is a highly developed country, with the largest oil reserve in the Middle East. Oil fields of light varieties with a low sulfur content were discovered in 1962, at the same time the first "black gold" went out as an export from Abu Dhabi. According to international experts, explored reserves (about 14 billion tons) will last for nearly 100 years. In terms of oil production (3,471 thousand barrels per day, according to the EIA), the Emirates ranks sixth in the world after the United States, Saudi Arabia, Russia, China, and Canada. 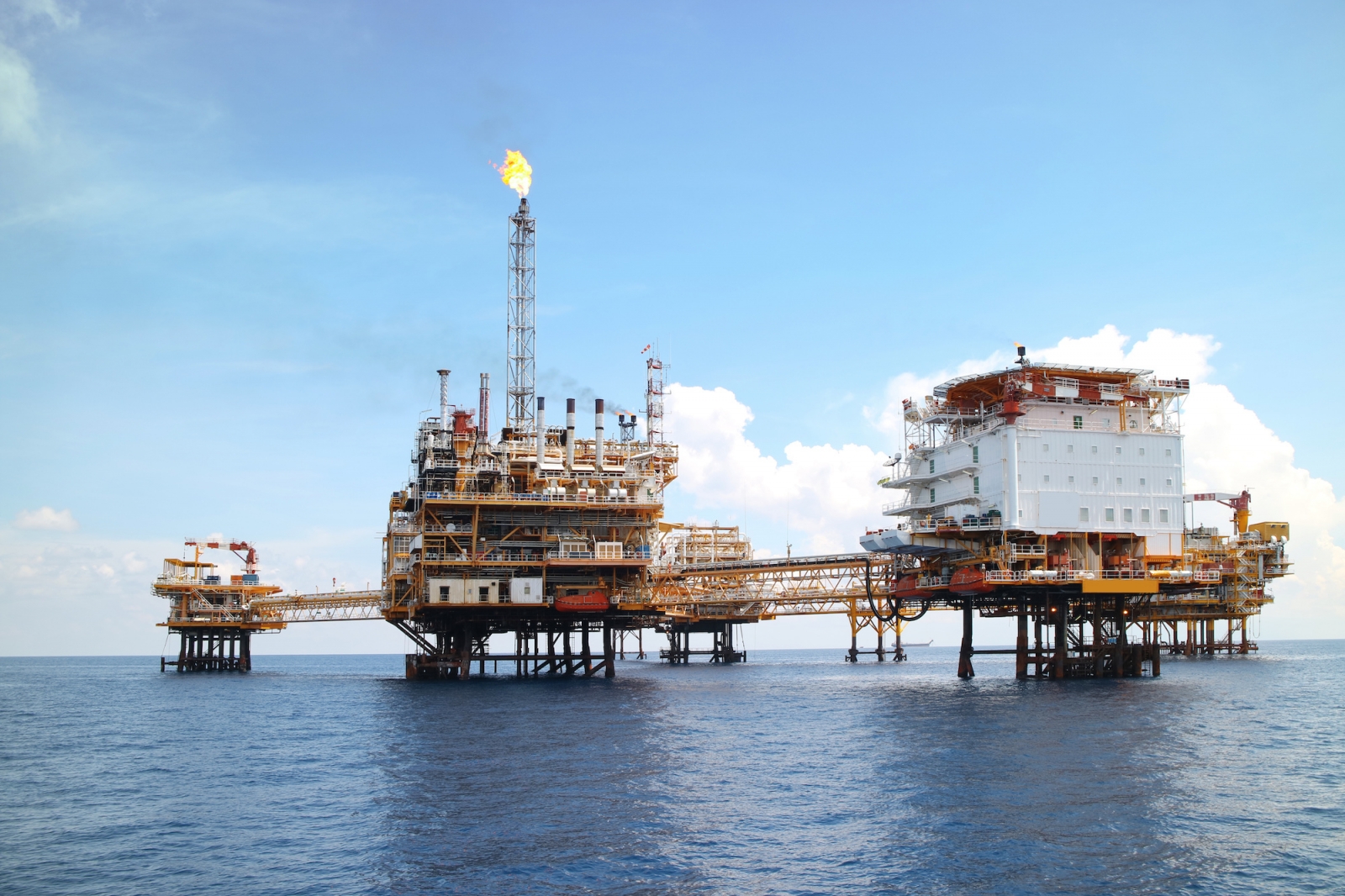 The UAE is ruled by multi-billionaire sheiks, and social assistance to indigenous Bedouins is one of the most generous in the world. At the same time, do not forget that the country is only 43 years old! And over these years, its rulers have been able to achieve incredible results! 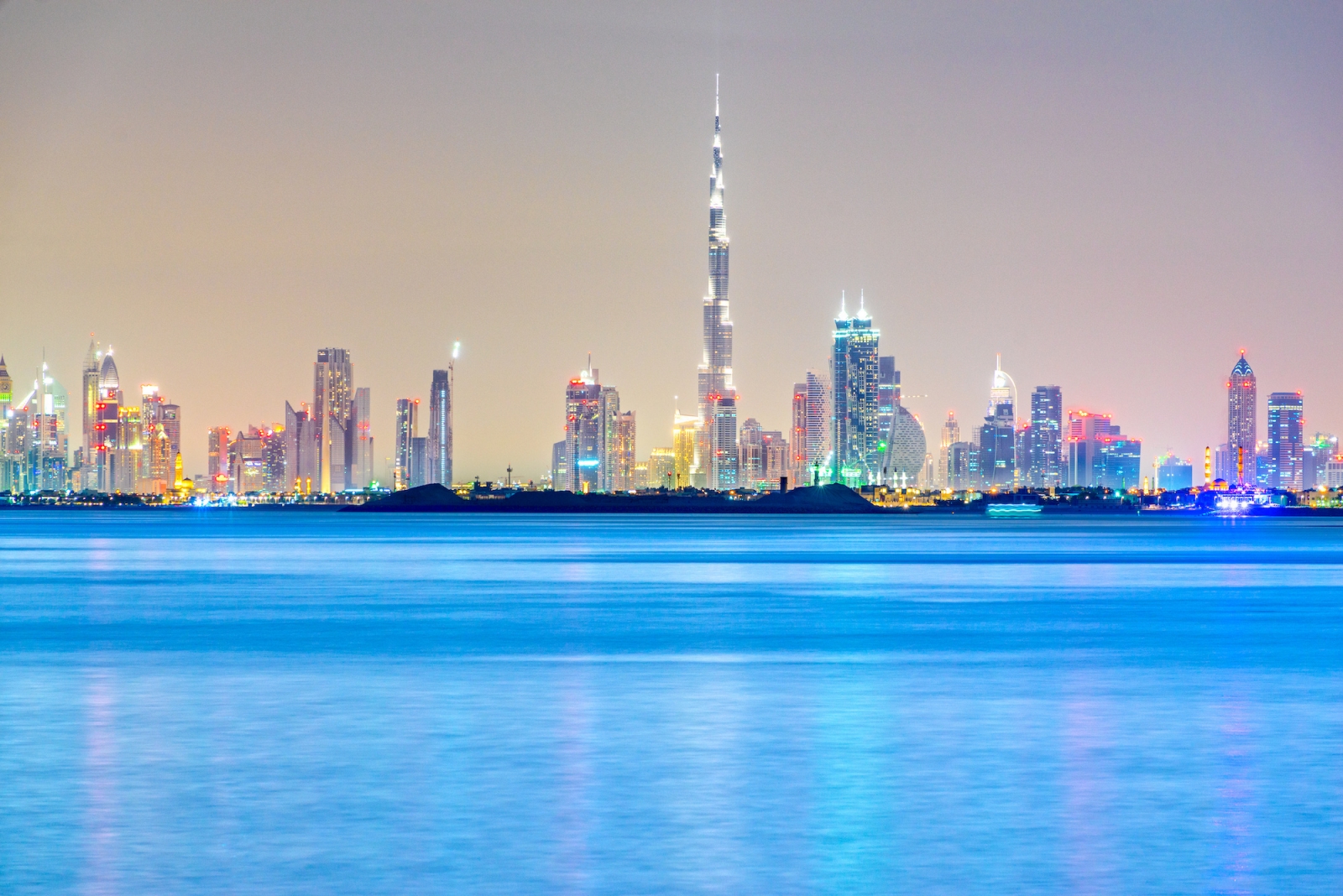 The most populated city in the Middle East - Dubai is the largest trading platform in the world with ideal conditions for efficient business. The free economic and offshore zones are concentrated in the Jebel Ali area - a paradise for a businessman. Dubai, like Abu Dhabi, is also a major re-export hub for global trade. Many of the usual types of taxes do not simply exist here, which attracts numerous companies from all over the world, in many cases the tax rate here is 0%. 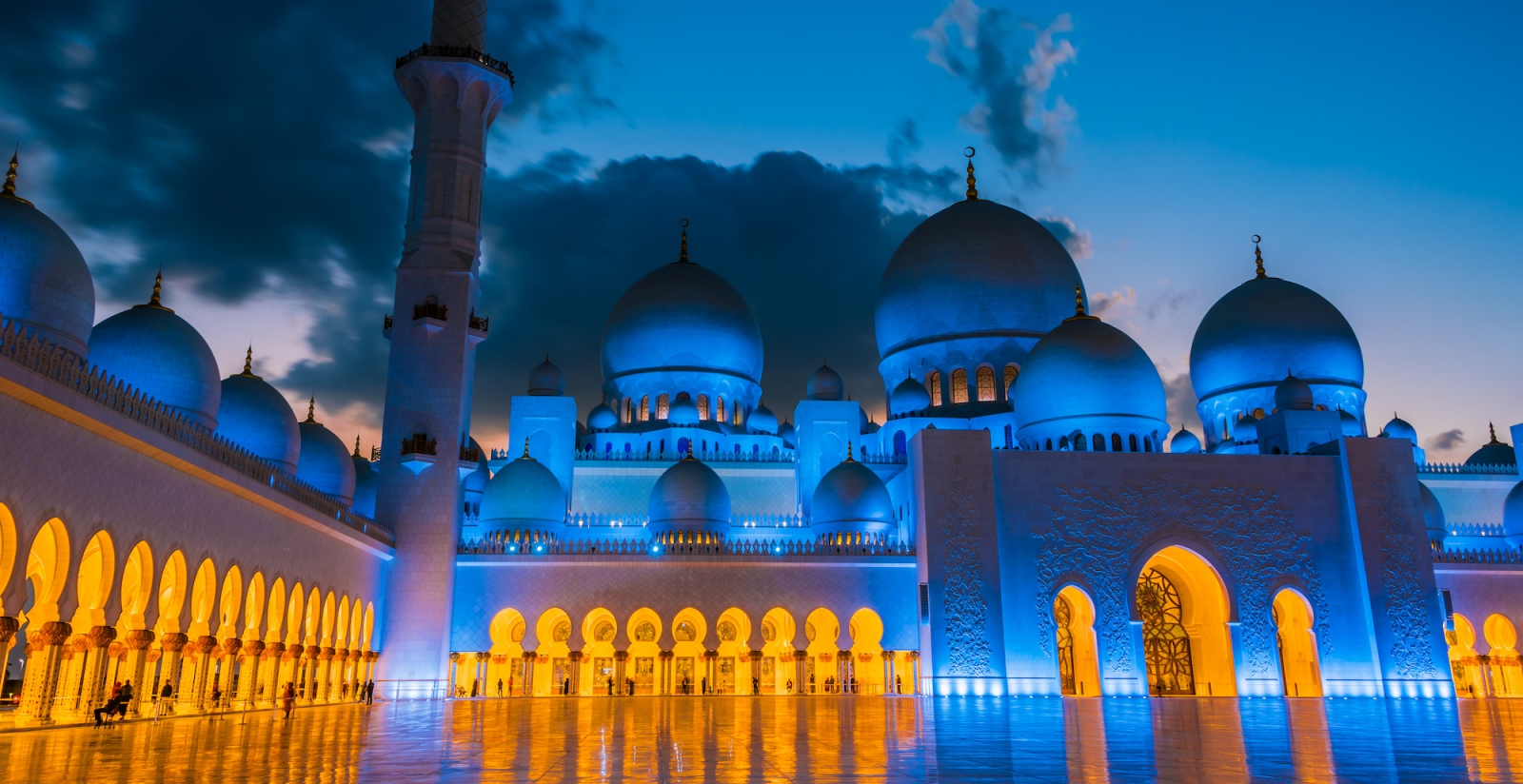 It is hard to imagine that just some 50 years ago it was a small town of Bedouin traders and pearl miners from the Indian Ocean. However, here, in a modern super-technological metropolis, age-old and modern traditions are closely intertwined, which means that this city can be safely called a city of contrasts.

Dubai also attracts by its huge shopping centers (malls), where shopping is comfortable and very light for the wallet! 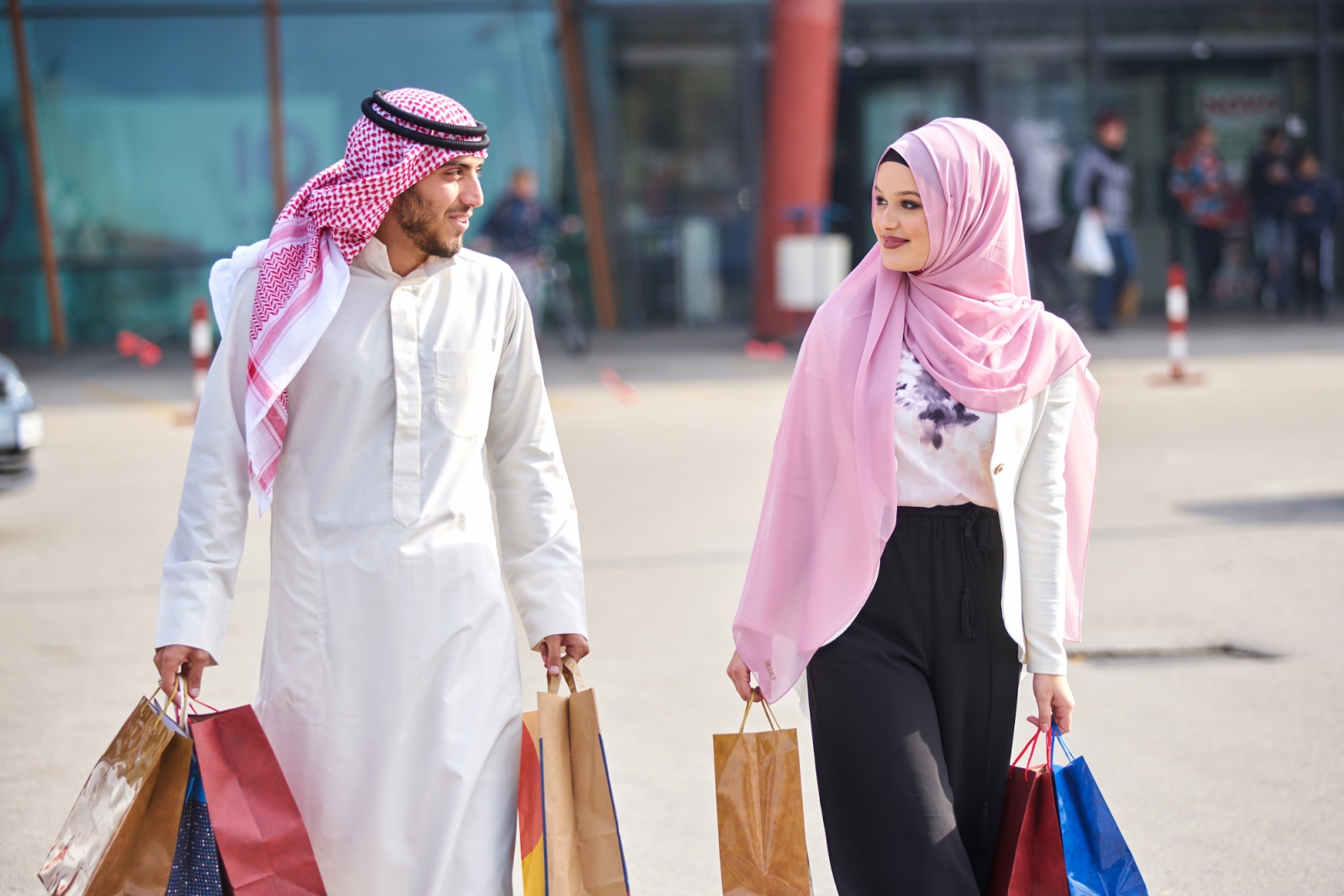 Shopping in the UAE

A mandatory travel program in the Emirates is shopping. Our private tour guide will help you organize your holiday here, so as not to drown in this abundance of outlet brands and seasonal discounts. It is for this reason that millions of tourists visit this country every year. In Dubai, you can buy everything - "from a pin to a space rocket"! Huge shopping centers, stretching for kilometers around the perimeter, market streets, and stand-alone brand boutiques are represented in this country. You can buy both either originals or high-quality replicas. Or - be careful - just fake!!! 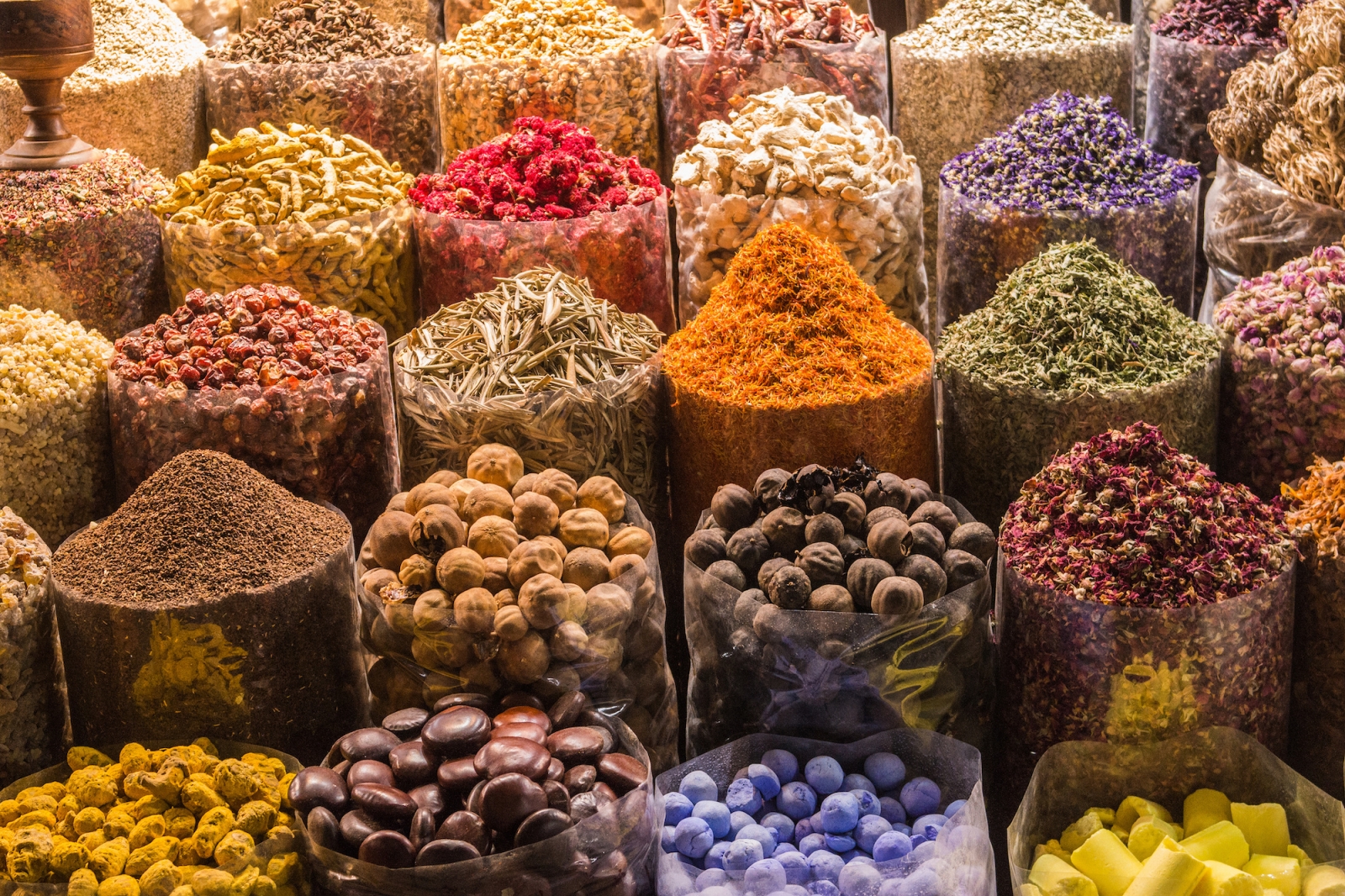 The center of shopping in Dubai is the Dubai Mall - a shopaholic's paradise. All self-respecting shopaholics of the world should at least once visit this largest shopping center in the world. On the territory of the center, there are more than 1,500 outlets of famous and not-very well-known world brands, 180 restaurants and cafes, an artificial ice rink, an aquarium with exotic fishes, and numerous recreation areas. You can just ... live in it! 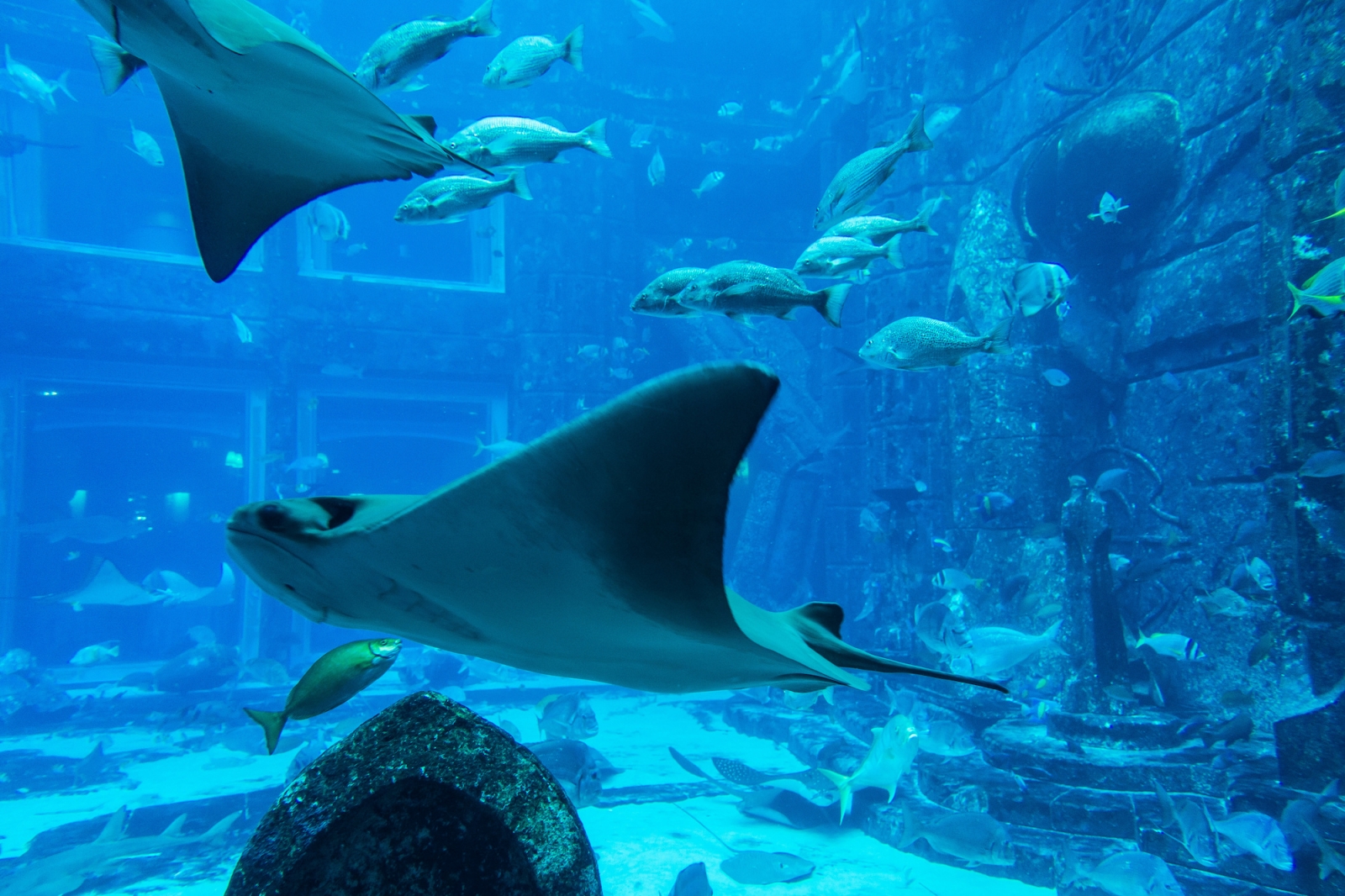 Walking around Dubai Mall, you can go into its courtyard, where the most enchanting action in the city takes place - the Dubai Singing Fountains! The show starts every day at 18:00 and lasts for several hours with different interpretations every half an hour.

Here in Dubai Mall, you can buy tickets for a tour to the tallest building in the world, the famous tower, the apogee of technological innovation - Burj Khalifa, named after the ruler of Dubai - Khalifa. 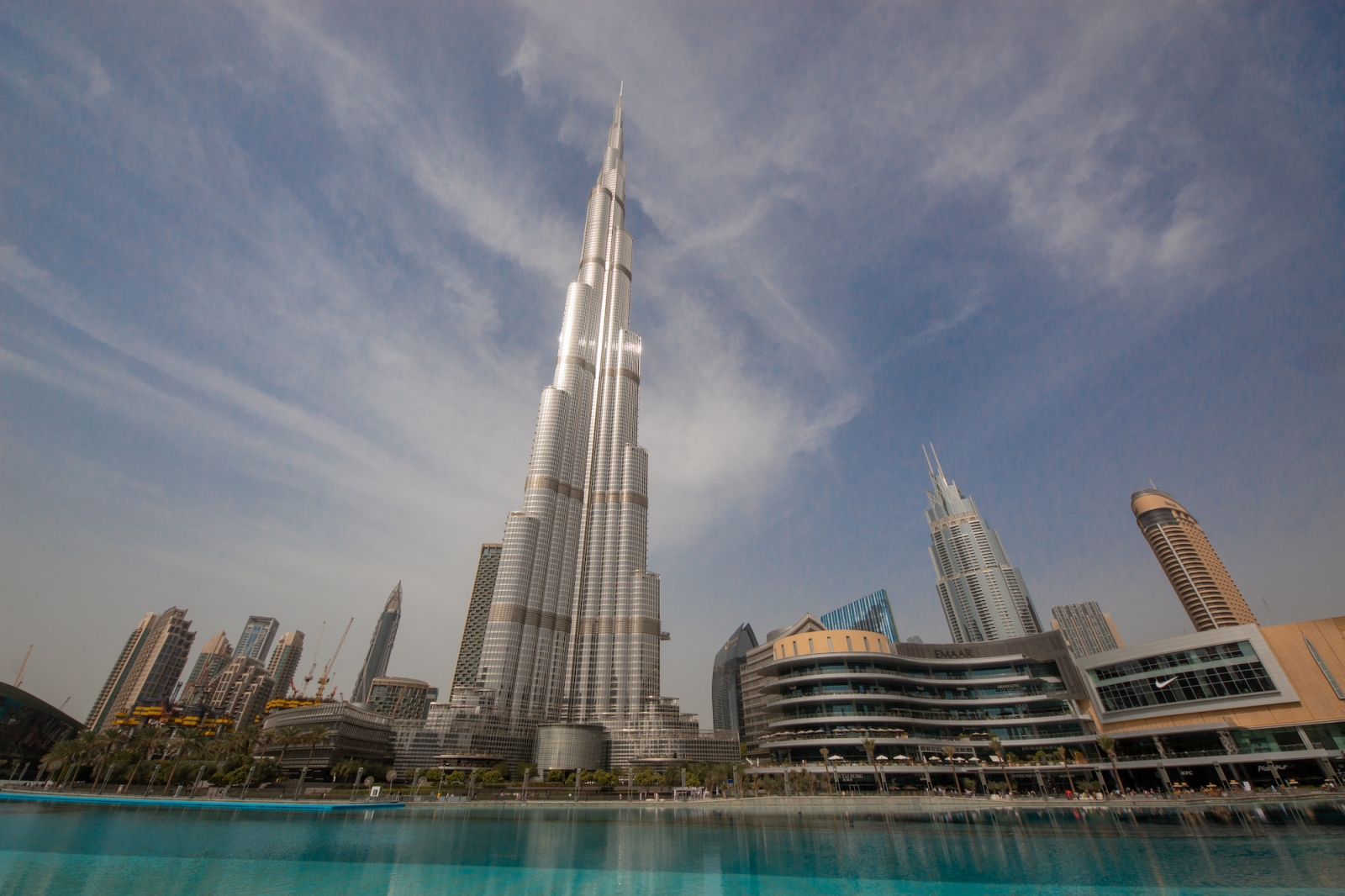 Curious fact: the construction and financing of Burj Khalifa were handled by the ruler of Dubai - Sheikh Mohammed. When he completed half of the tower, he did not have enough money to finish the construction (approximately 1.5 billion US dollars). He asked his brother Khalifa for this amount, and Khalifa, without thinking twice, lent to him this amount. At the Tower opening ceremony, Muhammad officially announced that the building would not be called Burj Dubai as previously planned, and in honor of the generous Khalifa - Burj Khalifa, this moved the latter so much that he forgave the debt of 1.5 billion US dollars. What generosity!

It is difficult to say where this gigantomania came from, in addition to the tallest skyscraper on earth - the Tower Burj Khalifa, the largest and most colorful singing fountains, there are also the most prominent artificial bulk islands, on which the richest villas and luxury hotels are located, the highest tennis court at a height of 300 meters in the Burj Al Arab tower-hotel - another miracle of the Emirates, which grew directly from the Persian Gulf! 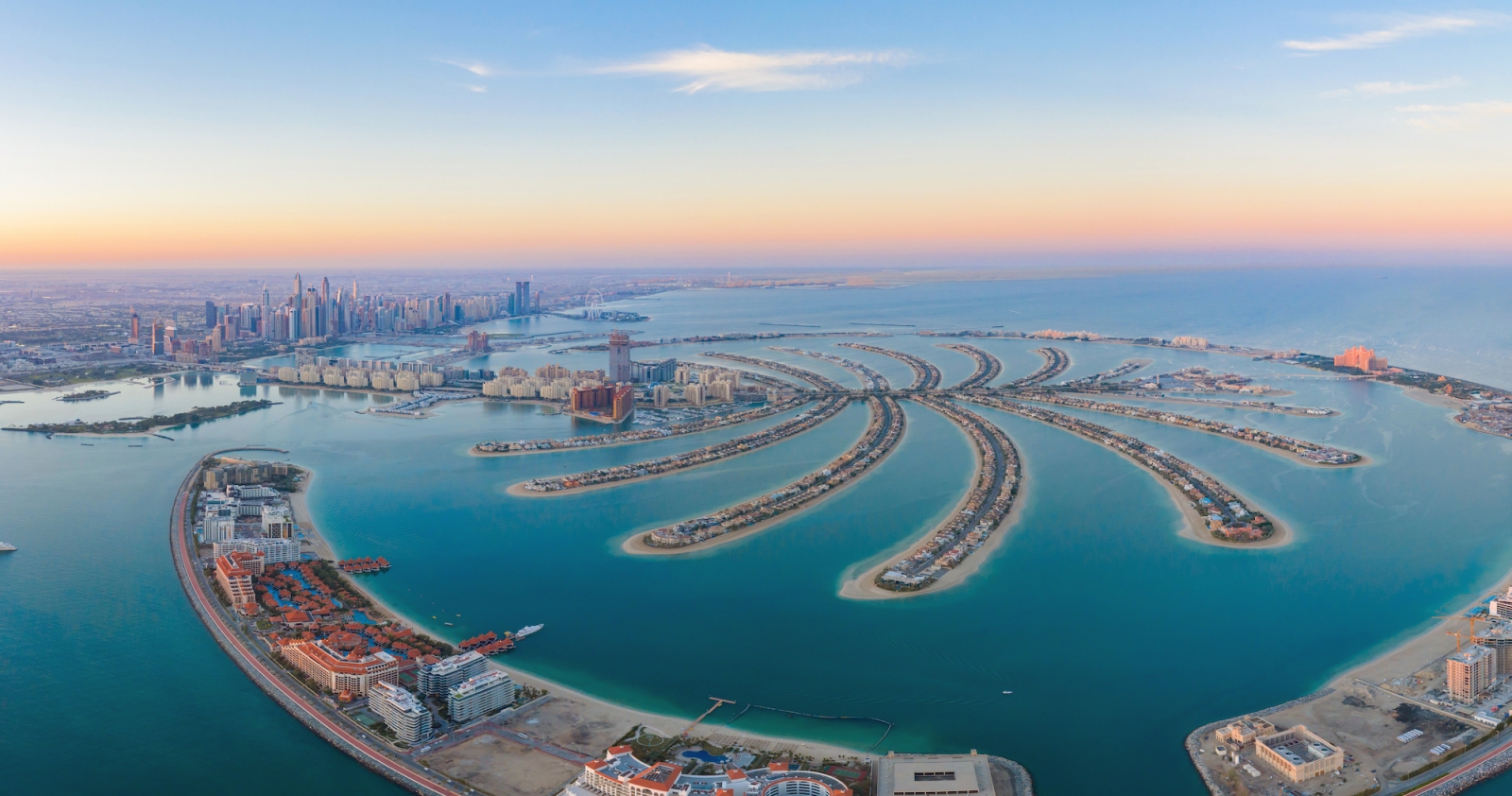 Here are just some of the sights in Dubai 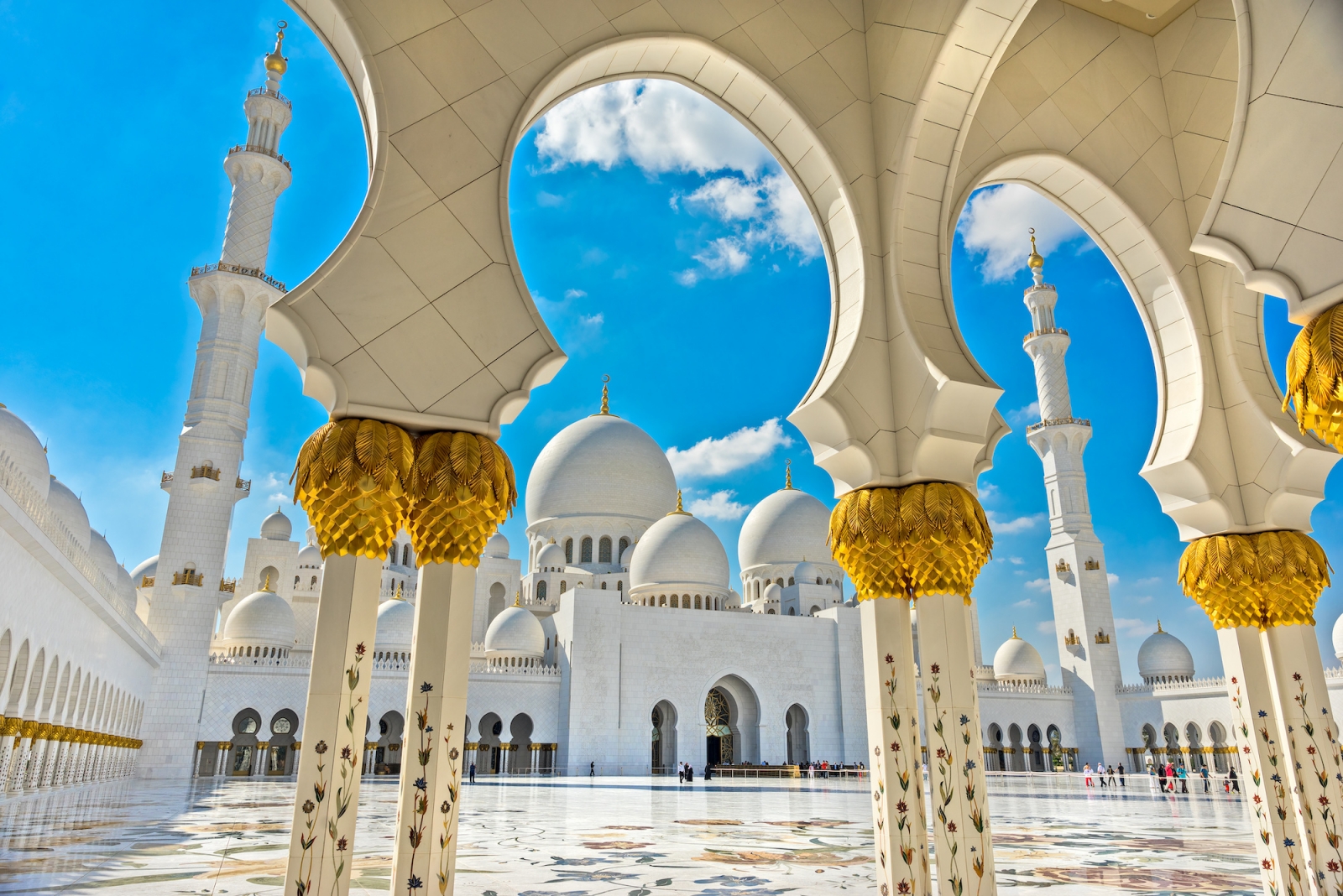 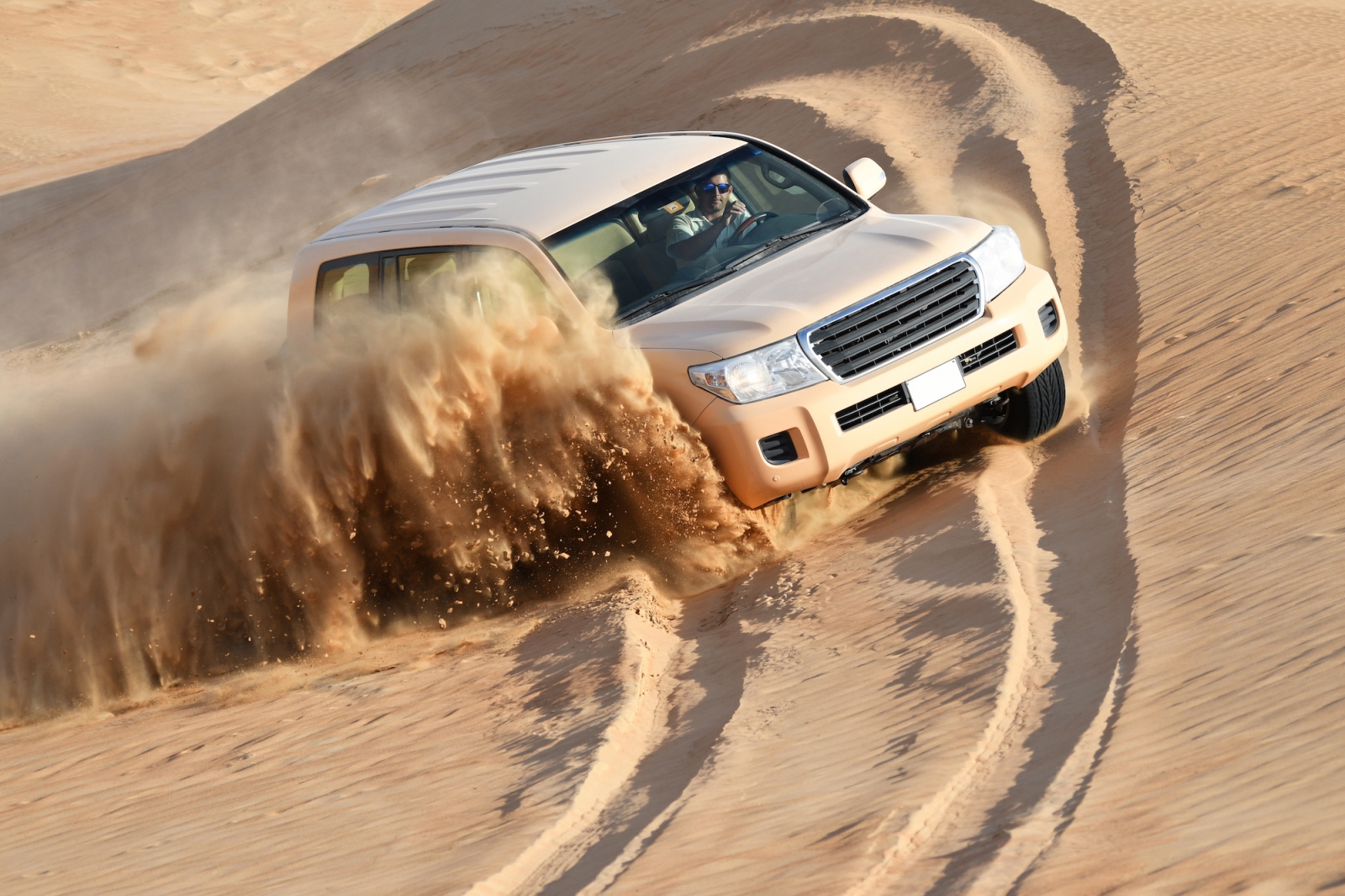 And if you want to visit the UAE, explore the city of Dubai, but also soak up the snow-white beaches of the Indian Ocean, then go to the neighboring emirates - Fujairah or Ras Al Khaimah. Here you will find excellent service in hotels and the authentic charm of Arab country hospitality. Dubai is only 100 km away. Find yourself a private tourist guide with a car and book from him a city sightseeing tour, a shopping tour, or a jeep safari in the desert - here you have a land of contrasts! 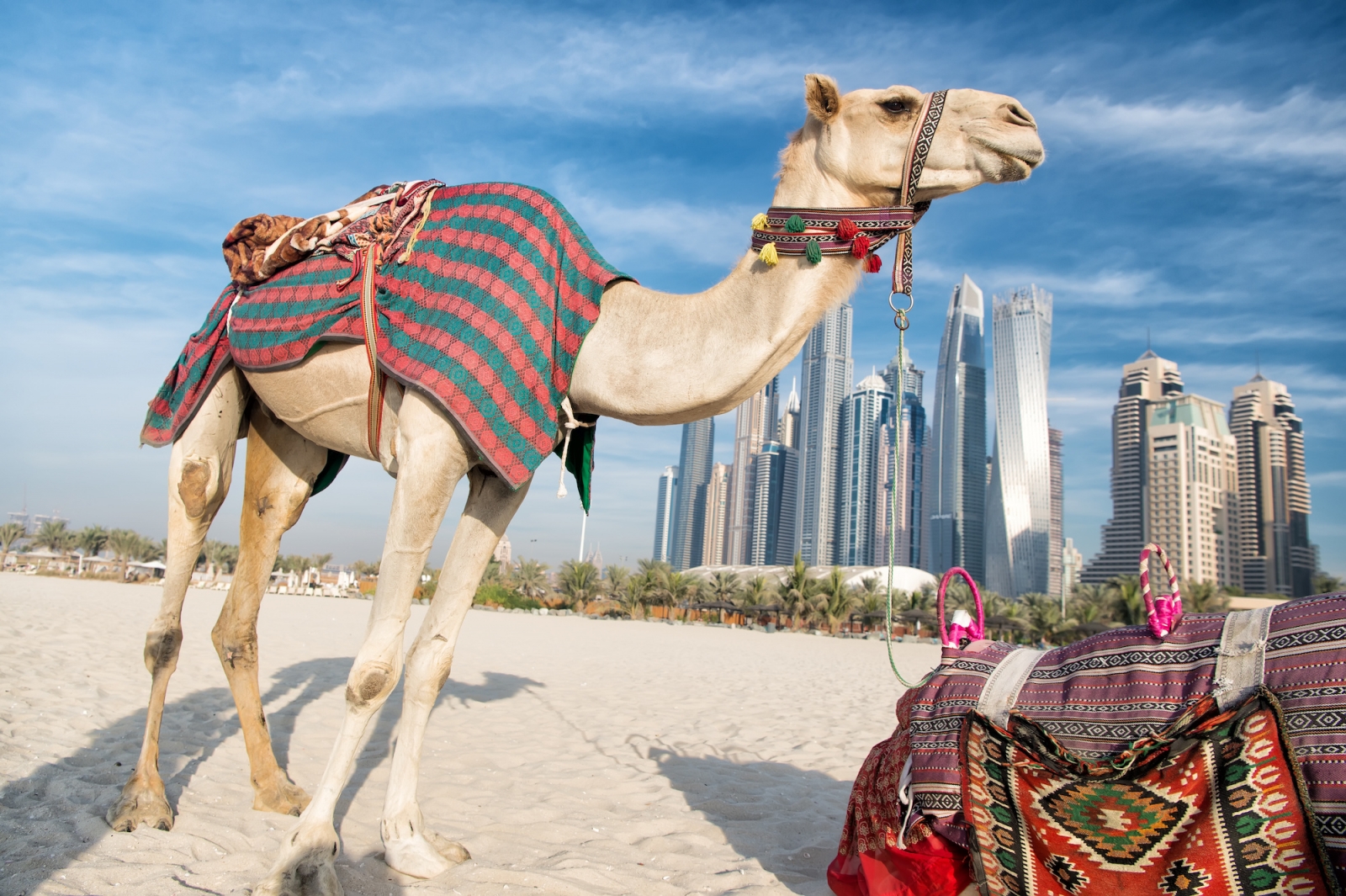 Just 50 km from the ultra-modern cities, you can reach the place where local Bedouins and cameleers still live. Here, you can ride these “ships of the desert” on hot dunes, taste local spicy food, and drink the fattest camel milk. And after this rural idyll and peace, you will return to the metropolis again, where an unmanned high-speed metro or a monorail in the Marina area is waiting for you. Any mode of transport operates on a precise schedule, and the air-conditioned covered pavilions of the public transport stop will not allow you to get sunstroke while waiting.

The UAE is a country that is actively developing a variety of tourist destinations, such as shopping and beach holidays. Add to this the pedantry of the infrastructure and a variety of attractions - and we get a very interesting tourist cocktail of live sunsets in the desert and 24-hour super neon in modern shopping centers, dazzlingly shiny 24k gold on the shelves, and golden sand of the dunes in the afternoon heat. The country kindly opens its doors to new guests! 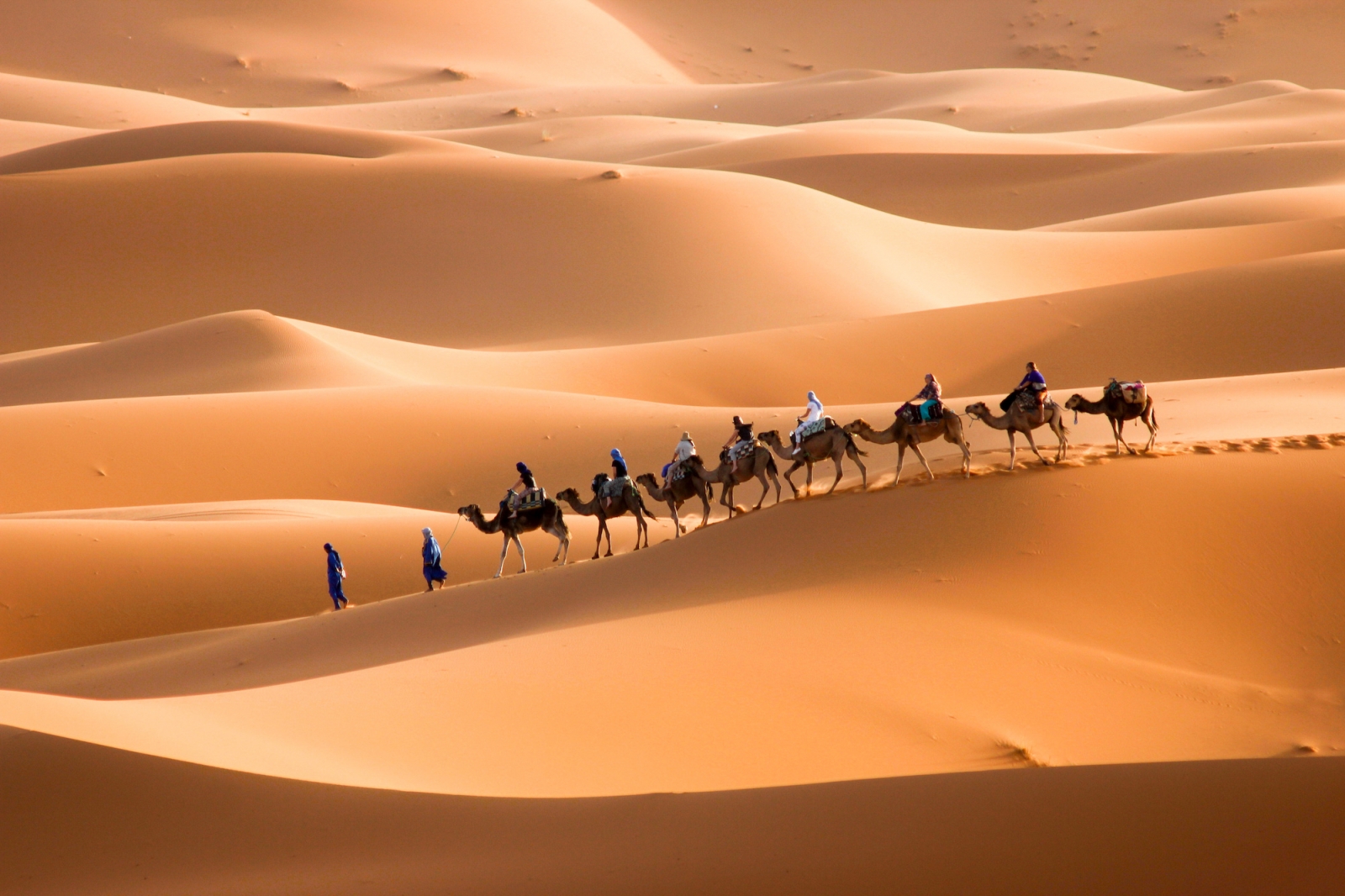