Vacations are an important aspect of our lives. However, planning them can sometimes be more stressing than the 9 to 5 jobs; from booking the air travel to keeping the tracking of hotel reservations. These energy draining chores will not let you enjoy your vacations to the fullest.

Tour guide is of great importance as he will help you to explore all those beautiful places which you must see. There is always a limitation to the time; tour guide won’t let you waste your time and help you to manage your time accordingly. He will assist you in exploring all the places within the given time. Then there are security issues one have to face when he steps out of his native country; tour guide will be again there to safeguard you from all the security issues. Apart from that, the language issues will not be a problem as well if you hire a tour guide. To cut it short, your voyage will be exquisite if you take a tour guide with you.

Limiting to the Capital of Azerbaijan named as Baku then one must not forget that it is famous for its scientific and technical, industrial and cultural center of the country. It can be a point of attraction for tourist because of its architectural and historical point of view. The numerous monuments of Baku inflame a passionate interest in the tourist.

Below is mentioned few attractions of Baku so that whenever you go there you experience the place like never before.

The palace is known for its uniqueness.It is a trinket in the circle of Azerbaijan architecture. It was constructed in the 15th century it comprises of two stories. If you just give a gaze to the palace far-off, you will feel that it go downhill stepwise from Baku hill top. A beautifully shaped building having domes and awesome illustrations made in deep and fine carvings and the splendid stonework is so eye catching and amuse the eyes of those who came there just to see the beauty and to praise the craftsmen's work. It is also inscribed on the list of UNESCO World Heritage Sites. 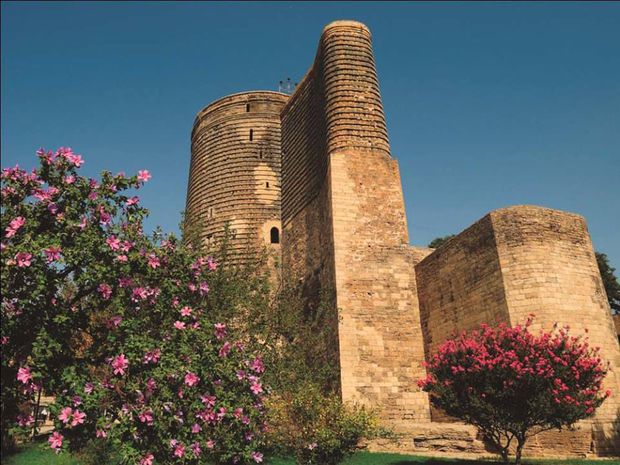 The maiden tower is an ancient tower also known as Giz Galasi is located in the Old City, Baku. It was constructed in the 12th century. There is a museum which shows the story of how the history of Baku went forward. It also has a gift shop there. The view from the roof top takes a person to the alleys of Old City. There is no comparison of this tower in the East.

The tower is 28m in height and has 16.5 diameters. Walls are 5m thick at the base, and 4m thickness is observed at the higher part. Tower is divided into eight stages. Each part is lined with the stone dome having round orifice. Light comes into the tower through the narrow windows. All the stages are connected to each other by a stone helical staircase cut out in the thick walls of the tower. 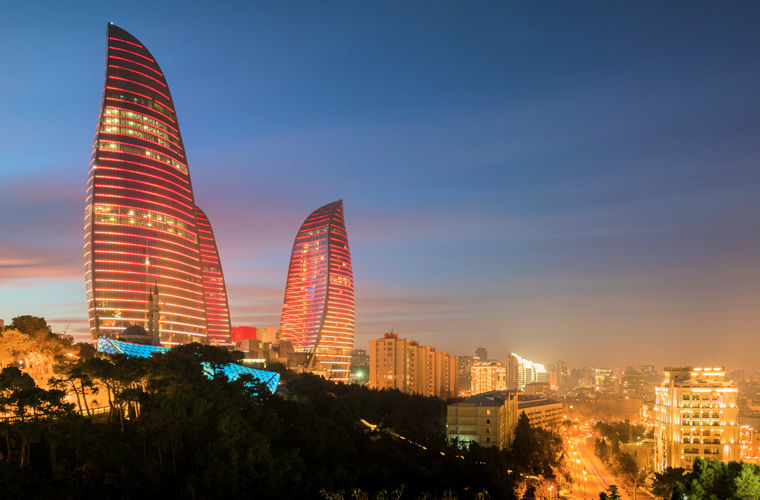 Flame towers have become the symbol of modern Baku. It was built in 2012. It is the tallest building in Azerbaijan with a maximum height of 190m. It has a curved shape which makes it unique of all the buildings. It consists of apartments, hotels, and office blocks. They create a triangular formation visible from many parts of the city. It up surged the beauty of Baku. 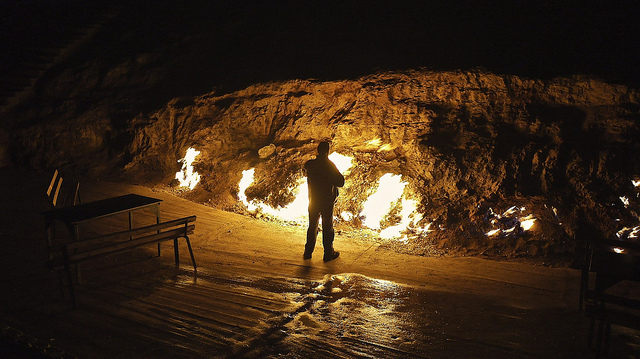 Yanar Dagh also known as burning mountain is 116m situated in the north of the Baku. It is a worth visiting place because of its continuous fire which never extinguishes. The flame arises from the gas reserves underneath the land, and there is no pipe making it burn. The flame jets out at least three meters in the air. It has no seepage of mud or liquid, so the fire always burns. 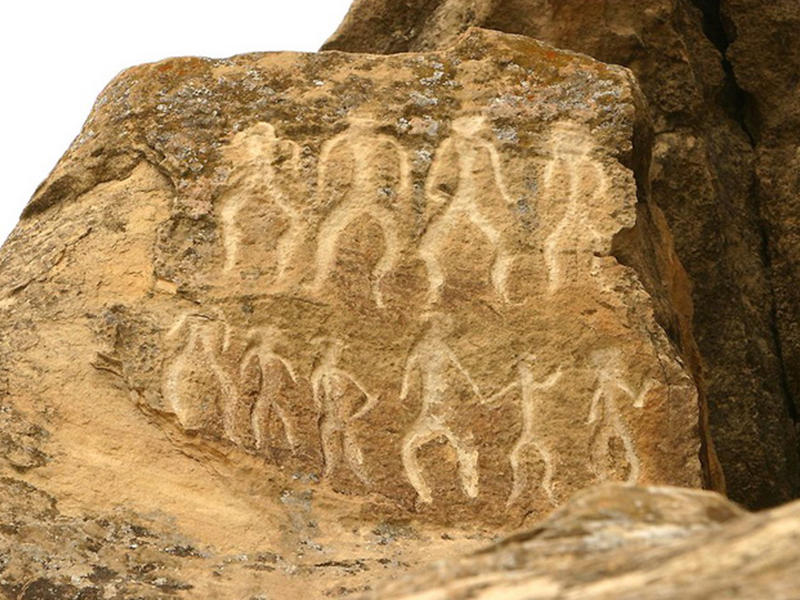 Gobustan Rock Art Cultural Landscape is a second name to Gobustan National Park, which covers three zones of a Highland escalating out of the desert of Azerbaijan. The spot features the relics of populated caves and burials. 537 hectors have been covered by this park and are the largest protected part of Gobustan Reservation. It is of great importance due to the engravings and the collection of rock art images presenting hunting, flora fauna and lifestyles in prehistoric times. It is very rich in archeological monuments. The reserve has 6000 rocks being carved. 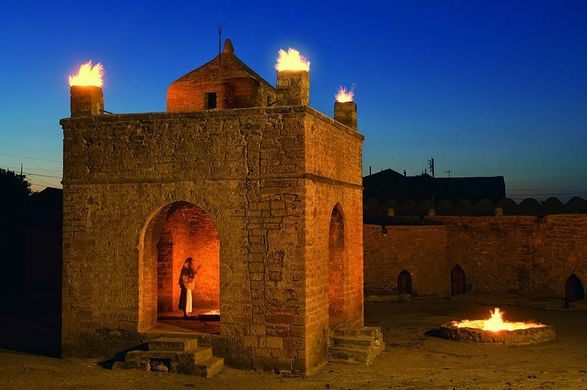 Astegah is a temple of eternal fire. It is quite well known all over the world. It is located 30 km from the center of Baku in the Surakhany. It was constructed in 17th century by the Baku-based Hindu community. The temple is known for a unique natural phenomenon that is burning natural gas outlets. There is traditional guest room just above the entrance gateway. Near the temple, there is a big pit where the dead bodies were used to be burnt.

The National Museum of Literature:

The museum was established in 1939 which is one of the greatest and richest treasures of Azerbaijan’s architecture. The whole area of the museum is 2500 square meters. It is just a short walk away from Fountain Square and one of the beautiful place to visit. There are 30 main halls and 10 auxiliary halls. The museum contains books, illuminated manuscripts, artworks, miniatures, sculptures, and carpets.

The center is known because of its distinctive flowing and curve shaped architecture designed by an Iraqi-British architect. It covers an area of 619,000 Sq ft. It comprises of three sections, center hall, gallery and a museum. All elements of the Center, together with doorways, are spoken to by folds in a constant solitary surface. This liquid structure gives a chance to associate the different social spaces while in the meantime, giving every component of the Center with its character and security. As it folds inside, the skin disintegrates away to wind up a part of the inside scene of the Center.

Read our previous article  Gengenbach: the magical town of Germany