The city with EYES!

The house where I rented an apartment during my visit to the city of Sibiu in Romania was beautiful, comfortable and not very old, it had slightly shabby stucco walls, which are usual for these places, quite large windows facing the sunny side, only the tiled sloping roof was unusual because it had ..... eyes! Yes, yes, it was real eyes with half-closed, half-drowsy heavy eyelids, more Asian than European. These big, bulging eyes, with all their drowsiness, were carefully watching all the passers-by, and even the inhabitants of our house, finally, they were staring at me!!! 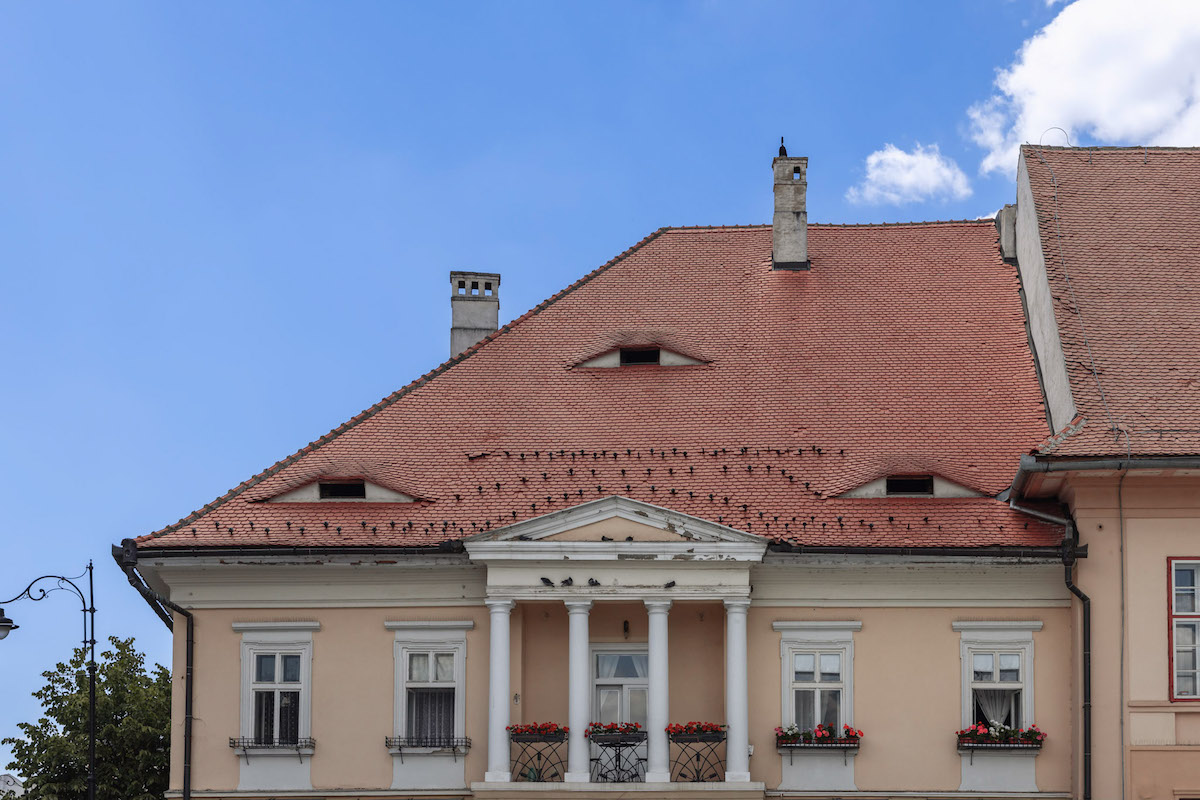 When you are traveling around mystical and full of secrets (created mainly by writers and filmmakers) the land of Transylvania, the homeland of Count Dracula and vampires, the presence of eyes on the roof makes you alerted all the time. The day after my arrival, my local tour guide, whom I contacted the day before to lead a tour of the city of Sibiu, explained to me the meaning and told a long and very interesting story of these “eyes on the roofs”, the story that I want to share with you here! 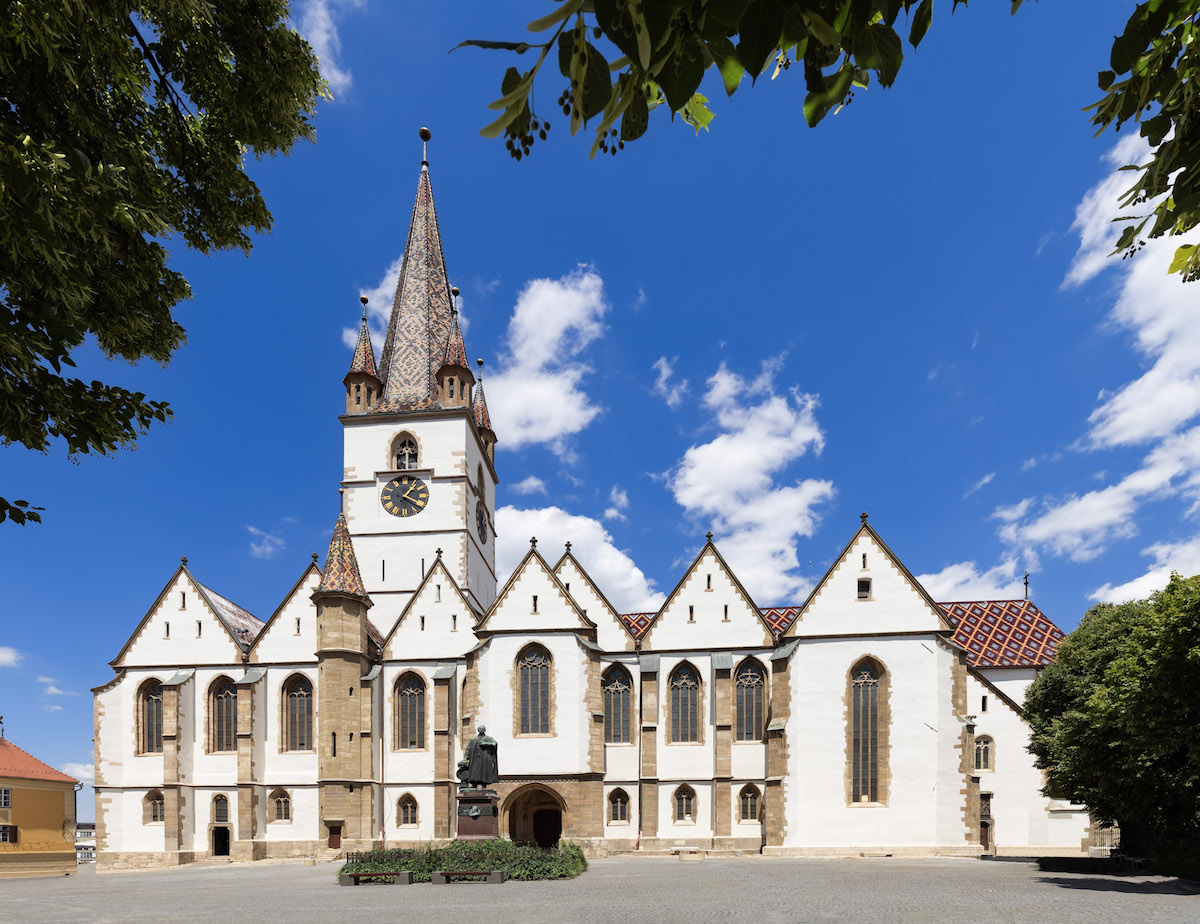 The city of Sibiu dates back to the 12th century, in the 14th century it became a major trading center of Austria-Hungary. The city, divided into Upper and Lower, has many historical attractions, such as The Tower of the Council (Turnul Sfatului), the charming the Great Square (Piața Mare) and the Small Square (Piața Mică), the ethnographic museum (Muzeul Astra), the Brukenthal National Museum of Art (Muzeul Național Brukenthal), the Holy Trinity Roman Catholic Church (Biserica Romano- Catolică Sfânta Treime), the Lutheran Cathedral (Biserica Evanghelică din Sibiu), and the Orthodox Holy Trinity Cathedral (Catedrala Sfânta Treime din Sibiu), a synagogue. 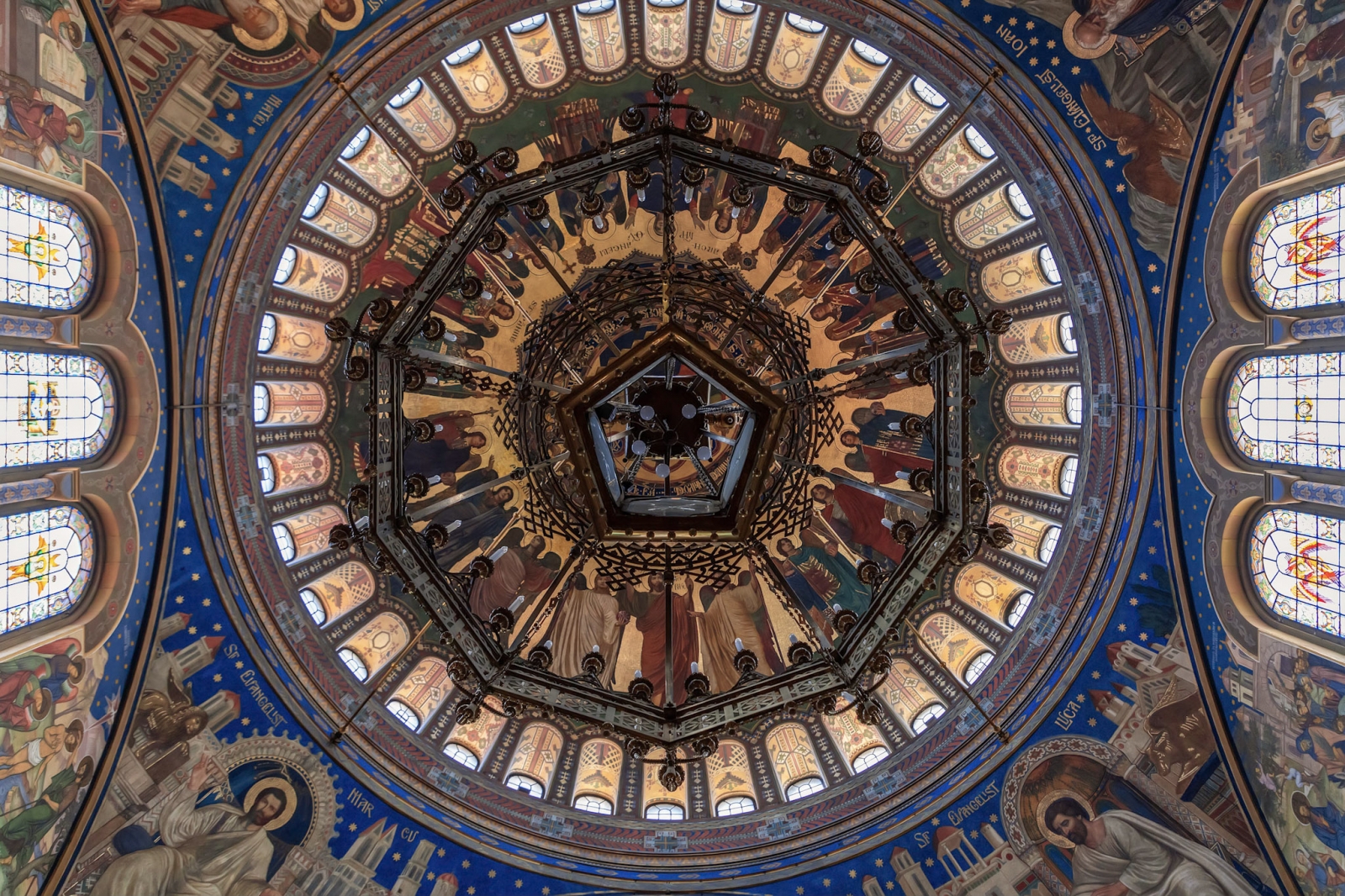 But there is something very unusual in this city that can only be found here, in this unique city of Transylvania, which is a historical region of Romania. And the unusual here is that the roofs of some houses have EYES! In fact, these are just skylights on the tiled roofs of private small houses scattered throughout the city, mainly in its Upper part. These eyes have earned famous fame for this place, giving it names such as “City with eyes” or “City where houses do not sleep”. All these eyes are unlike and differ in shape, size, squint, and age (let’s be fair - we do not talk about ladies). 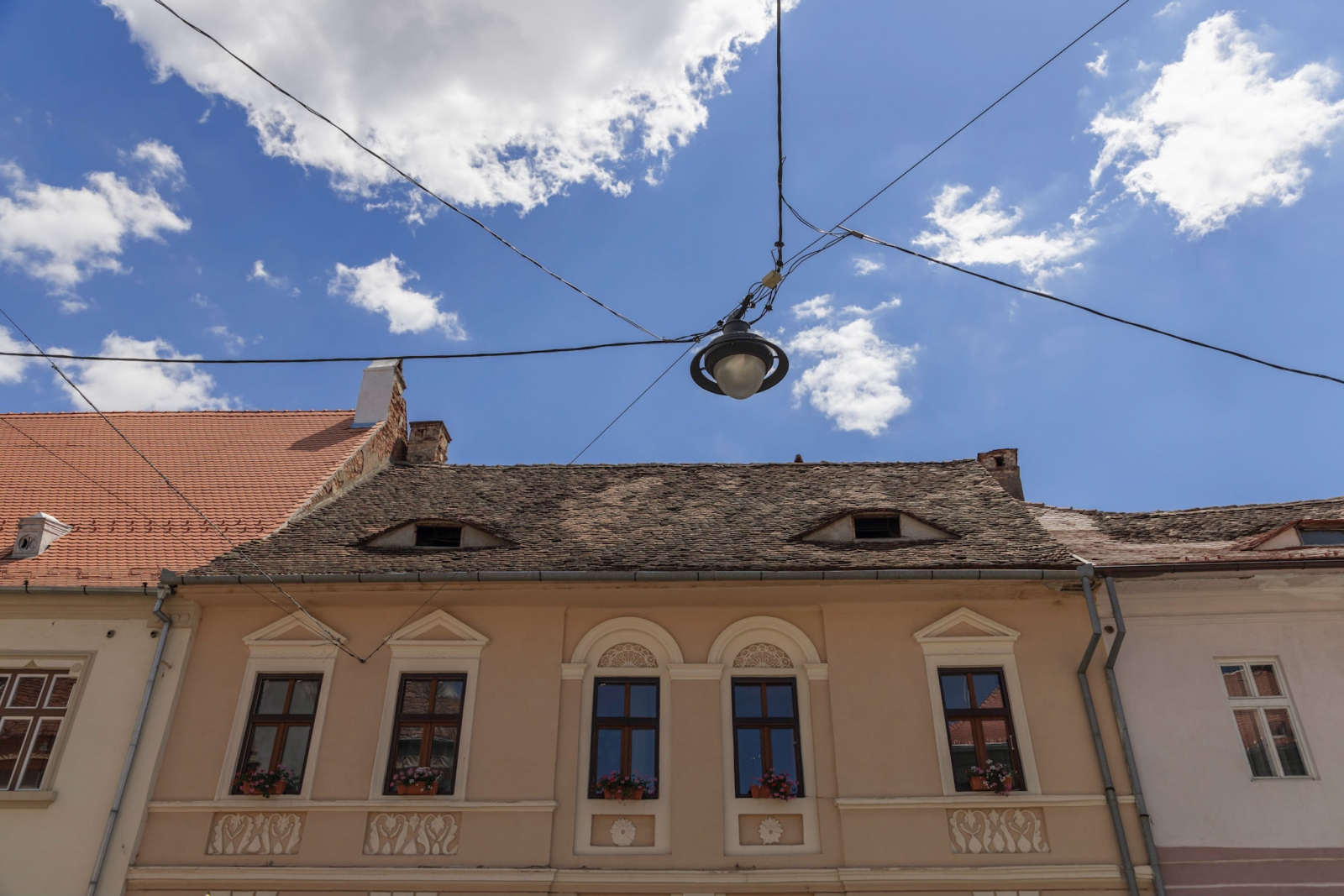 Some of them are rounded, and others are more elongated, in Romanian they are called Ochii Sibiulu.

It is not known exactly when the houses in the Upper City, or rather, their roofs, possessed the eyes, but some of them are more than 5 centuries old, although many houses appeared in the 20th century. Most likely, one of the local merchants invented them, and later his innovation spread to the outskirts of Sibiu. Now it is a well-known element of the medieval baroque style. There are a huge number of different legends about the reasons and purposes for the appearance of these eye windows, the most conspiracy legends tell that these windows were created to watch passers-by, giving the latter the feeling that they are being watched and, accordingly, forcing them to behave like respectable citizens. But the real purpose of these windows is very prosaic and banal - it is a very convenient and simple system for ventilation of the attics of houses! Many merchants kept stocks of food, cereals, meat, cheeses, grains, and so on in attics, so ventilation of these rooms under the roof, especially in summer, was simply necessary. For these purposes, narrow small windows were cut into the roofs, allowing air to pass through and creating a certain microclimate in the attic, and only later the citizens noticed that these windows began to resemble more eyes than just ventilation holes. 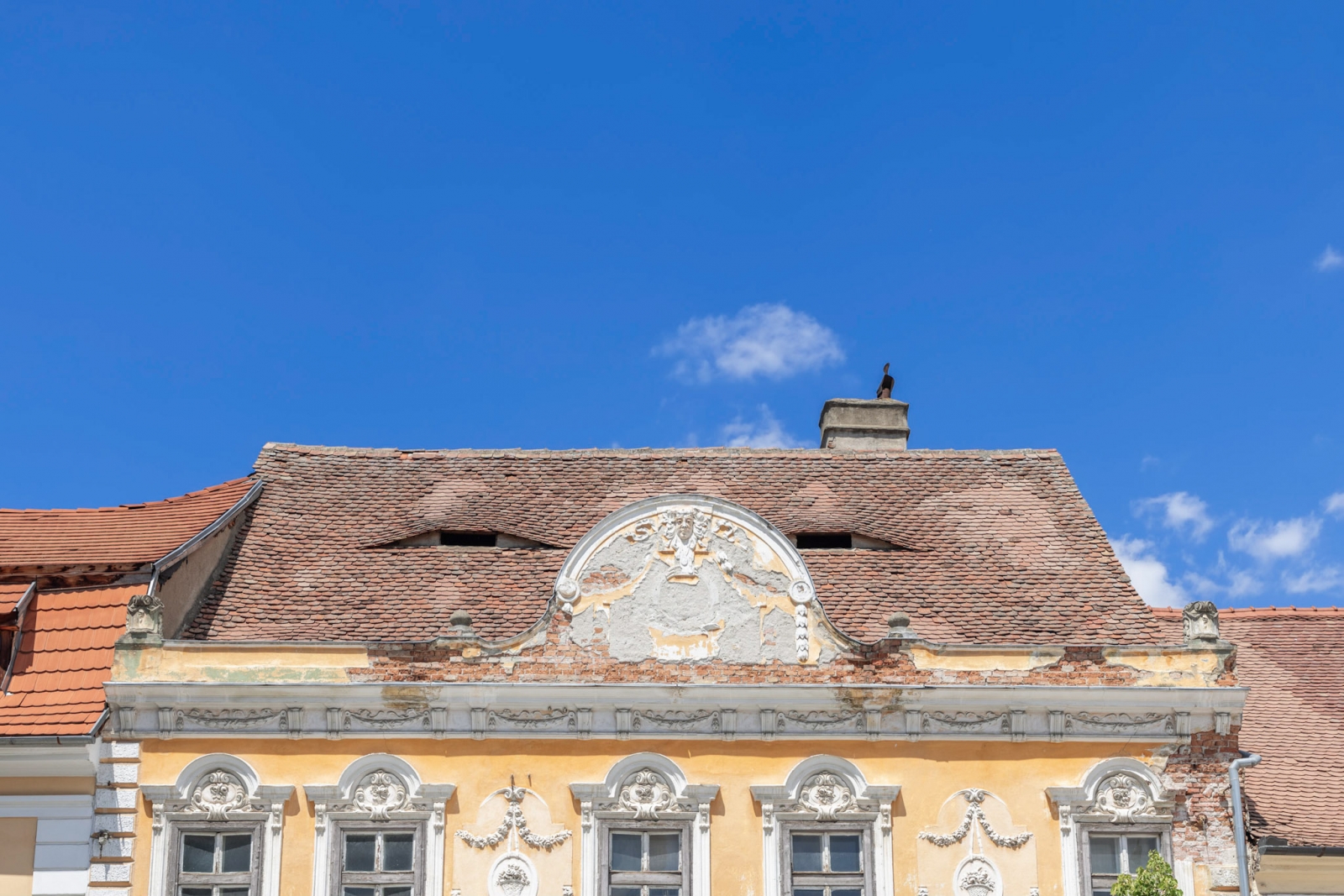 Many world-famous writers have mentioned the phenomena of eyes watching the common man from everywhere in their novels: George Orwell has such a passage in his world-famous utopian novel “1984”, when he said that “Big Brother is watching you all the time from everywhere and nothing belongs to you personally, except for a few centimeters of your own skin”. Nietzsche said that “when you look inside a house for a long time, the house starts staring at you”. However, as my private tour guide reassured me, we should not worry, as long as our conscience is clear, then any close observation of you is just imagination and a little paranoia.

Most buildings with “eyes” are now classified as Historic Monuments of Architecture, mostly stylistically they are under German and Hungarian influences, but many of them are built in pure Gothic style! 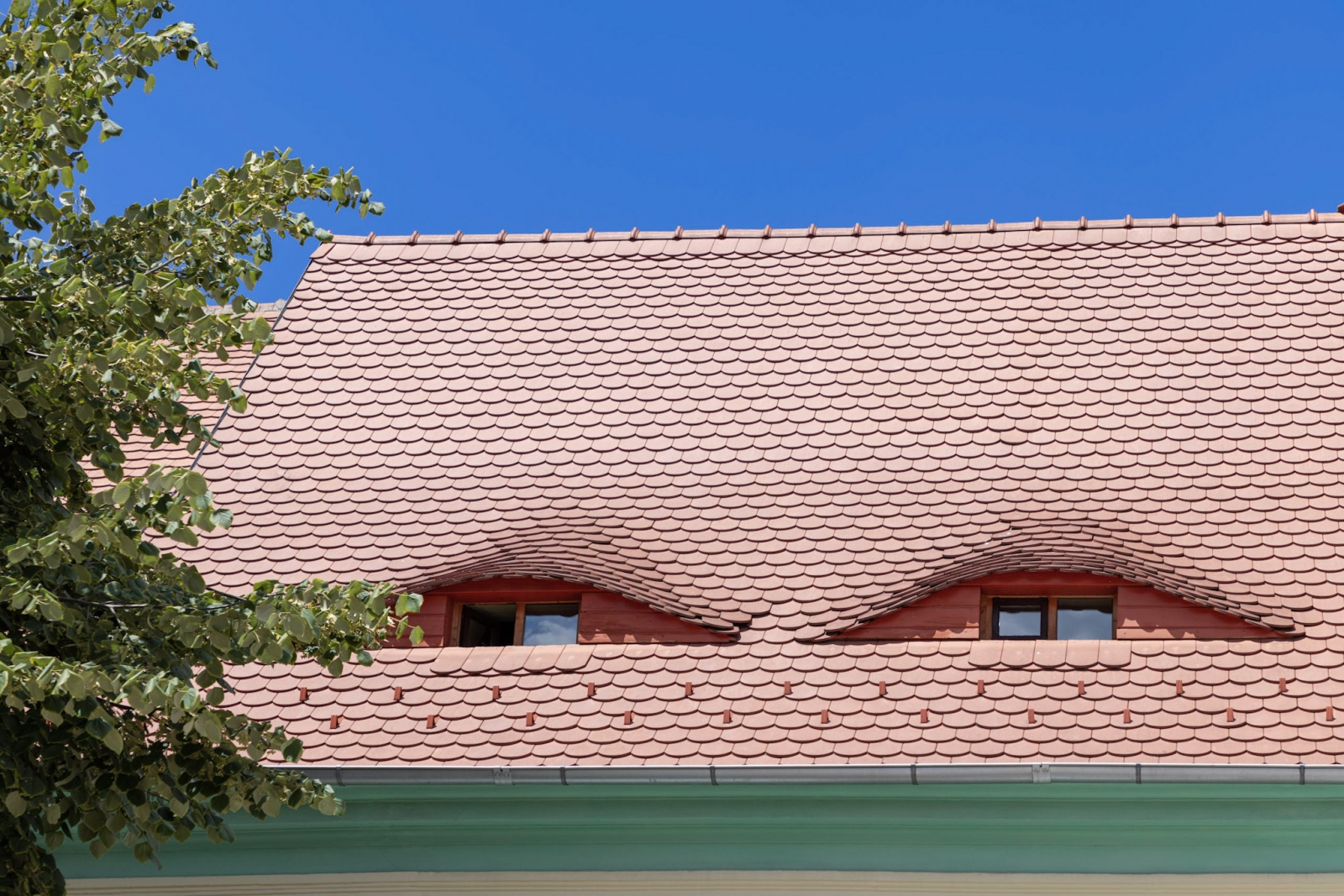 Suddenly, after Romania became a full-fledged European country, getting rid of the communist utopia, these windows took on a new, no less important meaning - they became a symbol of the public organization in Romania that fights against corruption, which hit all spheres of Romanian society during the time of Nicolae Ceaușescu. 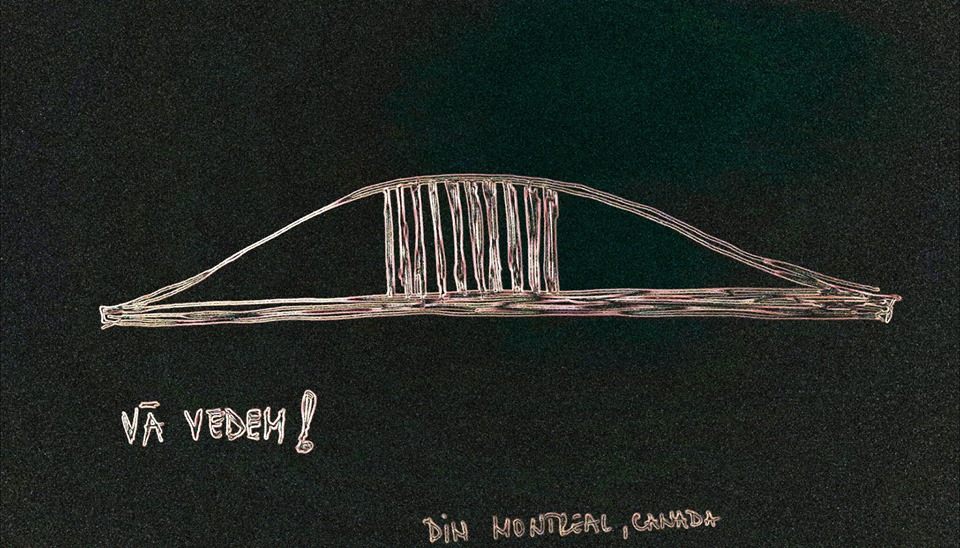 Corruption in Romania was ranked among the most corrupt governments in Europe by Transparency International. Since 2017, the anti-corruption organization Vă vedem din Sibiu ("We see you from Sibiu") has been using eyes in its emblem, press, rallies, and posters as a symbol of its relentless fight against corruption.

The city of Sibiu is known not only for its “eyes”! It was the European Capital of Culture in 2007, has 3* Michelin stars, and in 2019 received the title of European Gastronomic Region for its exquisite and varied cuisine. In 2008, Forbes magazine recognized the city of Sibiu among 8 European cities ideal for a living!

Sibiu is a wonderful city, very attractive for tourists from all over the world, but let everyone who comes here not forget that if “the walls have ears”, but “the roofs have eyes”!!!

Read our next article Gastronomic cheese tour in France